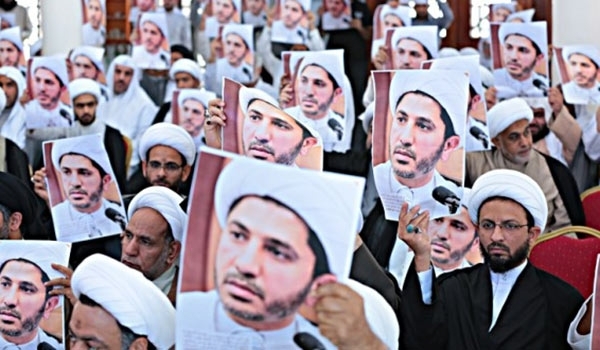 Press TV – Bahrain’s king has signed into law a contentious bill recently adopted by the parliament, which bans figures of dissolved opposition parties and organizations from running in parliamentary elections.

King Hamad bin Isa Al Khalifa signed off on “The Exercise of Political Rights,” an amended version of the kingdom’s election law which passed the National Assembly in late May, the official Bahrain News Agency reported.

The new version prohibits “leaders and members of political associations dissolved for violating the kingdom’s constitution or its laws” from standing in the elections.

It also bans anyone “convicted of a felony, even if they have been granted amnesty.”

The measure is viewed as an attempt by the regime in Manama to bar dissidents from entering the 40-seat parliament ahead of the elections in November.

Already in its current composition, the legislature hardly contains any anti-regime figures.

Bahrain stifled a peaceful popular uprising in 2011, and has since been coming down hard on any instance of dissent.

The opposition parties boycotted the polls in 2014.

Since then, the authorities have outlawed two of the most important opposition groups, al-Wefaq and the National Democratic Action Society (Wa’ad).

The regime has further stripped many of the oppositionists of their citizenships.

Scores have also been killed and hundreds arrested during Bahrain’s crackdown on dissent.

The island hosts the US Fifth Fleet. It closely aligns its policies with those of Washington and its most valued regional ally, Saudi Arabia.