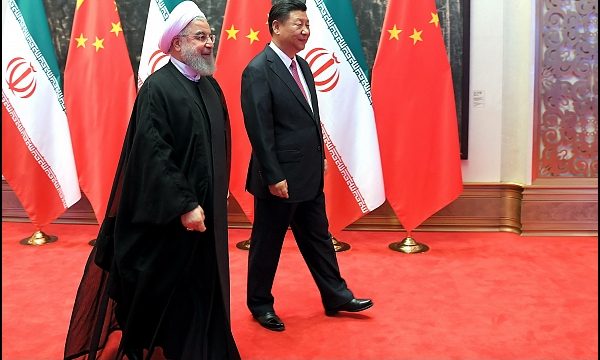 The Iranian president travelled to China to attend the 18th summit of the Shanghai Cooperation Organization (SCO) in the Chinese port city of Qingdao.

On the second day of his visit on Sunday (June 10), President Rouhani addressed the SCO Summit and held talks with his Mongolian counterpart Khaltmaagiin Battulga, Indian Prime Minister Narendra Modi as well as his Chinese counterpart Xi Jinping.

Addressing the SCO Summit in Qingdao, President Rouhani described the US endeavors for imposing its policies on others as an increasing danger.

He slammed US attempts to impose its own policies on others, saying Washington’s “unilateral sanctions” damage international business.

To have a safer, more stable, developed and prosperous region, long-term common interests should be the basis of interactions at the regional level, President Rouhani said.

Talking to his Mongolian counterpart, Iranian president welcomed development of Tehran- Ulaanbaatar relations in all areas.

“The development of economic relations is in line with the interests of the two nations, and we encourage Iranian private sector and businessmen to participate in Mongolian development projects,” Rouhani said.

Battulga, for his part, described Iran-Mongolia relations developing and emphasized that his country is determined to strengthen its relations with Iran in all fields, especially economy.

In a meeting with Modi, President Rouhani welcomed India’s active participation in the development project of the port of Chabahar, adding “Chabahar Port can serve as India’s linking bridge to Afghanistan, Central Asia and Eastern Europe, further contributing to the cementing of historical and trade ties between Tehran and New Delhi.”

The Indian prime minister, in turn, noted a tangible hike in development of ties between Tehran and New Delhi, voicing his country’s resolve to continue expanding cooperation in all areas of mutual interest.

He also highlighted the special status of Chabahar Port in boosting regional cooperation.

Also during a meeting, the Iranian and the Chinese presidents stressed on bolstering bilateral ties and highlighted the strengthening of bilateral ties and developing economic and political cooperation between Tehran and Beijing.

In a bid to expand bilateral cooperation between Tehran and Beijing, the two countries of the Islamic Republic of Iran and the People Republic of China signed four Memoranda of Understanding (MoU) on Sunday (June 10), in a ceremony attended by President Rouhani and his Chinese counterpart.

These pacts were in the field of joint research projects, preventing and fighting illegal production, trafficking and misuse of narcotics, psychotropic drugs and precursors, cooperation and technical help in the field of securities, and formation of bilateral Iran-China cooperation plans within the framework of the initiative of ring roads and roads.