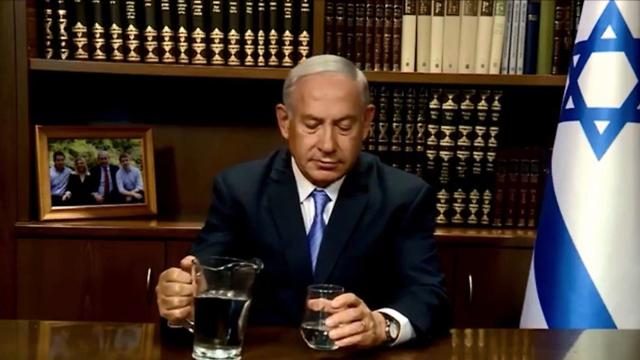 “I don’t know to what extent one should respond to the remarks of a deceitful showman,” Qassemi told reporters in Tehran on Monday when he was asked about a two-minute video released on social media in which Netanyahu claimed he wants to help the Iranian people solve their water crisis and save their lives.

It is not the first time that Netanyahu makes such comments, Qassemi said, adding that the Israeli prime minister had better first stop the massacre of Palestinians and the crimes that he is committing on a daily basis.

Definitely, the Iranian nation is able to resolve their own problems and do not need “this magic”, the spokesman went on to say.

He further emphasized that “the childish behavior” of Netanyahu has its roots in his failure to convince the three European parties to the 2015 nuclear deal, known as the Joint Comprehensive Plan of Action (JCPOA), to follow the suit of the US.

Netanyahu released a video on Youtube Sunday in which he said, “Today I’m going to make an unprecedented offer to Iran. It relates to water. Israel stands with the people of Iran and that is why I want to help save countless Iranian lives.”

He had paid a three-day trip to Europe to push leaders in Germany, France and Britain away from the Iran nuclear deal.

In a speech from the White House on May 8, US President Donald Trump pulled his country out of the JCPOA, which was achieved in Vienna in 2015 after years of negotiations among Iran and the Group 5+1 (Russia, China, the US, Britain, France and Germany).

Leader of the Islamic Revolution Ayatollah Seyed Ali Khamenei has underlined that any decision to keep the JCPOA running without the US should be conditional on “practical guarantees” from the three European parties to the deal.