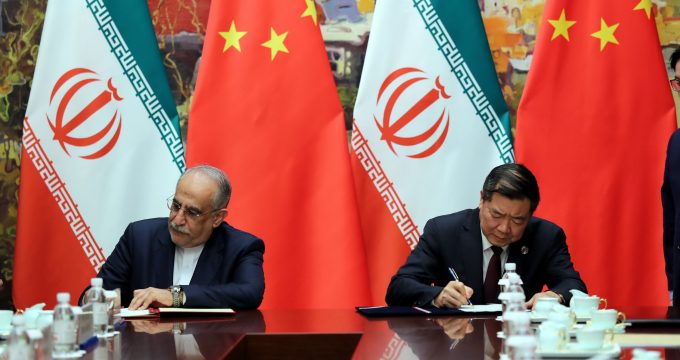 Iran, China to use national currencies in trade exchanges

MNA – Iranian Minister of Economic Affairs and Finance (MEAF) Masoud Karbasian said, “under a Memorandum of Understanding (MoU) inked between Iran and China, the two countries will use their local currencies in trade exchanges.”

Speaking on the sidelines of President Rouhani’s visit to China, he said, “concurrently, a number of four Memoranda of Understanding (MoUs) were inked between Iran and China for broadening bilateral trade ties.”

Moreover, the two countries inked a contract for enhancing bilateral technical and scientific cooperation, he observed.

Turning to the increase of trade exchanges between the two countries, he said, “it was agreed to accelerate activities in the banking, oil and petrochemical fields.”

China is Iran’s first trade partner, he said, adding, “China has maintained its amicable relationship with the Islamic Republic of Iran over the past decade. In addition, China is the first and largest buyer of Iran’s oil.”