Making a nuclear deal with Trump: some advice for Kim Jong Un

nknews.org– U.S. President Donald Trump and North Korean leader Kim Jong Un are supposed to meet in Singapore on June 12. The Democratic People’s Republic of Korea (DPRK) is at a critical juncture.

After the development of its nuclear weapons program and intercontinental ballistic missiles (ICBMs) capable of delivering nuclear warheads, the United States has had choice of war or diplomacy to settle the issue.

But after withdrawing from the Joint Comprehensive Plan of Action (JCPOA) between Iran and the United States and five other world powers, U.S. President Donald Trump knows he must pursue a political settlement with the DPRK because he cannot afford to create two international crisis simultaneously.

The DPRK has entered this diplomatic process with a strong bargaining chip: a formidable arsenal of nuclear weapons coupled with versatile and long-range delivery vehicles. The United States and its allies have a comparatively weaker hand; namely economic sanctions that the DPRK has successfully weathered for decades.

Trump’s military threats and talk of “fire and fury” are bluff, as U.S. military and intelligence officials are fully aware a war with the DPRK would carry unbearable costs for the United States and its allies.

The DPRK’s core interest in negotiations with the United States and other world powers is to gain recognition of its legitimacy, secure incontrovertible security guarantees, and win the removal of barriers to its integration in regional and global economic structures.

Achieving this requires a careful reading of U.S. foreign policy and America’s track record in negotiations with rival powers.

As a former spokesperson for Iran’s nuclear negotiators who closely following the Iran nuclear negotiations and authored a book, “The Iranian Nuclear Crisis: A Memoir,” I hope U.S.-DPRK nuclear talks result in a sustainable deal. The following is the advice I have for Kim Jong Un, the Chairman of the State Affairs Commission of the Democratic People’s Republic of Korea. 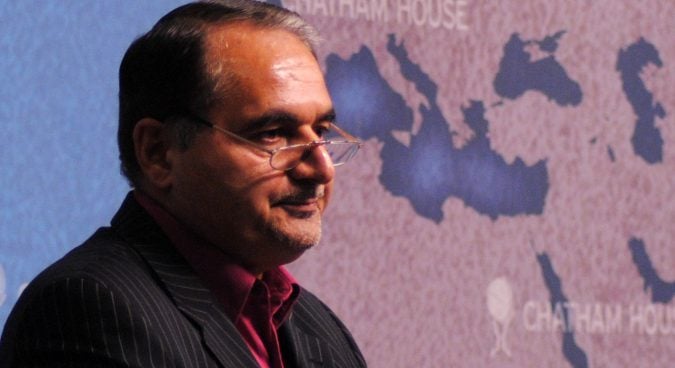 Dr. Mousavian served as spokesperson for Iran in its nuclear negotiations with the international community from 2003 to 2005 | Photo: Chatham House

First, the Iran nuclear deal (JCPOA) is a pertinent case study. The JCPOA is essentially a denuclearization agreement wherein Iran agreed to limit its nuclear activities to a basic uranium enrichment program and be placed under most intrusive verification and transparency mechanisms that go beyond anything accepted by any other signatory to the nuclear non-proliferation treaty (NPT).

However, the JCPOA was unsatisfactory for large parts of the American political establishment, with unanimous Republican opposition and some Democratic opposition to the deal when it was reached in 2015. Therefore, Pyongyang should make sure any potential deal cannot become the victim of U.S. domestic political fights.

Second, the JCPOA is an international obligation for the United States since it is supported by resolutions of the UN Security Council. Iranian compliance with the accord has also been consistently confirmed by the International Atomic Energy Agency (IAEA).

In any bilateral deal with the United States, the DPRK cannot give or receive better guarantees than Iran did with the JCPOA—which Trump has now reneged on. President Trump tore up the deal because it was President Obama’s chief foreign policy achievement. Pyongyang must ensure a deal is immune from a future president wishing to undo Trump’s legacy.

Third, the JCPOA case shows that the U.S. political establishment fundamentally has a “you’re either with us, or against us” mentality. If countries are “with” the United States, they can develop nuclear weapons, as in the case of Israel, or have zero human rights or democracy, as in the case of Saudi Arabia.

On the other hand, if a country seeks an independent security paradigm, the United States’ ultimate goal will be to topple its state—as America’s so-called regime-change strategy against Iran shows. Like Iran, North Korea was also part of the U.S. “Axis of Evil” agenda. Trump is killing the JCPOA because he is after the core U.S. strategy of regime change. 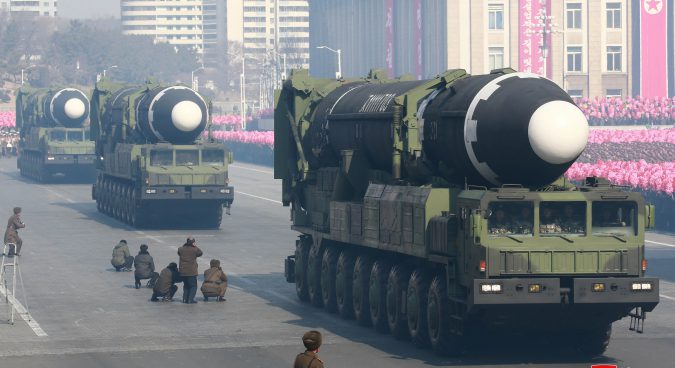 “The DPRK’s main card in negotiations with the United States is its nuclear weapons”| Photo: KCNA

Pyongyang must make sure that America’s regime-change strategy ends with a deal.

Fourth, the DPRK’s main card in negotiations with the United States is its nuclear weapons. They have allowed the DPRK to enter negotiations from a position of strength. If the DPRK gives up this bargaining chip upfront, it can forget about the United States implementing its side of the deal. The DPRK must seek a phased deal that requires each side to implement its commitments in a step-by-step fashion with proportional reciprocation.

Fifth, the United States’ core interest in negotiations is foremost the elimination of nuclear-tipped ICBMs capable of reaching American soil. Everything else is secondary in terms of fundamental American security interests.

In an initial agreement, a potential bottom-line for the DPRK could be to freeze nuclear development and dismantle its ICBMs in return for political, security, and economic guarantees. As these benefits materialize and are entrenched over time, the DPRK can enter discussions regarding its nuclear weapons stockpile.

Finally, the DPRK must be cognizant that America’s political establishment is bitterly divided. The JCPOA was signed by the U.S. administration but lacked strong Congressional support.

During the Iran nuclear negotiations, U.S. Secretary of State John Kerry emphasized that he had no authority to give assurances on behalf of Congress. Any DPRK-U.S. deal would be more durable if it is ratified by Congress in addition to the UN Security Council.