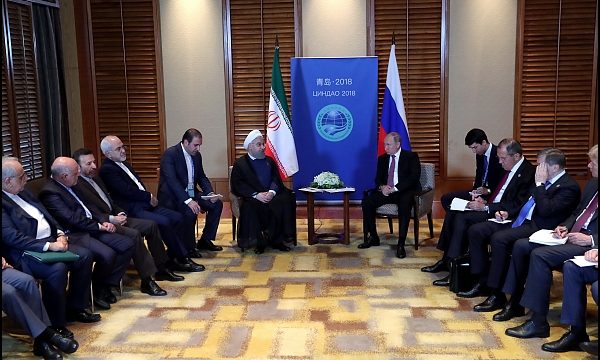 President Rouhani is in China for the Shanghai Cooperation Organization (SCO) summit in Qingdao in east coast of China from June 9-10.

In the meeting, the Iranian president and his Russian counterpart also talked about ways to widen Tehran-Moscow political and economic relations.

The two presidents also discussed regional issues including the latest situation of the July 2015 nuclear deal from which the US withdrew unilaterally on May 8.

Prior to his meeting with Putin, Rouhani held talks with the Pakistani President Mamnoon Hussain.

Later, President Rouhani is to host his Mongolian counterpart Khaltmaagiin Battulga at his official residence here.

Founded in 2001, SCO is an organization with eight member states and four observers including Iran.

The organization aims at taking measures to counter terrorism and extremism and promote economic cooperation.