A Look at Iranian Newspaper Front Pages on June 9

Iran Front Page- IFP has taken a look at the front pages of Iranian newspapers on Saturday, June 9, and picked headlines from 17 of them. IFP has simply translated the headlines and does not vouch for their accuracy.

After six days of vacation in Iran, newspapers on Saturday covered the remarks made by the Leader of Iran’s Islamic Revolution Ayatollah Seyyed Ali Khamenei in a Monday address to the huge crowd of people attending a ceremony to mark the death anniversary of Imam Khomeini, the founder of the Islamic Republic.

Also a top story today was the ongoing visit of Iranian President Hassan Rouhani to China. Rouhani is there to attend a meeting of the Shanghai Cooperation Organisation (SCO) and meet with his counterparts.

Several papers also covered the International Quds Day rallies held on the last Friday of the holy month of Ramadan to express solidarity with the Palestinian nation, and condemning the Israeli regime’s atrocities and occupation. 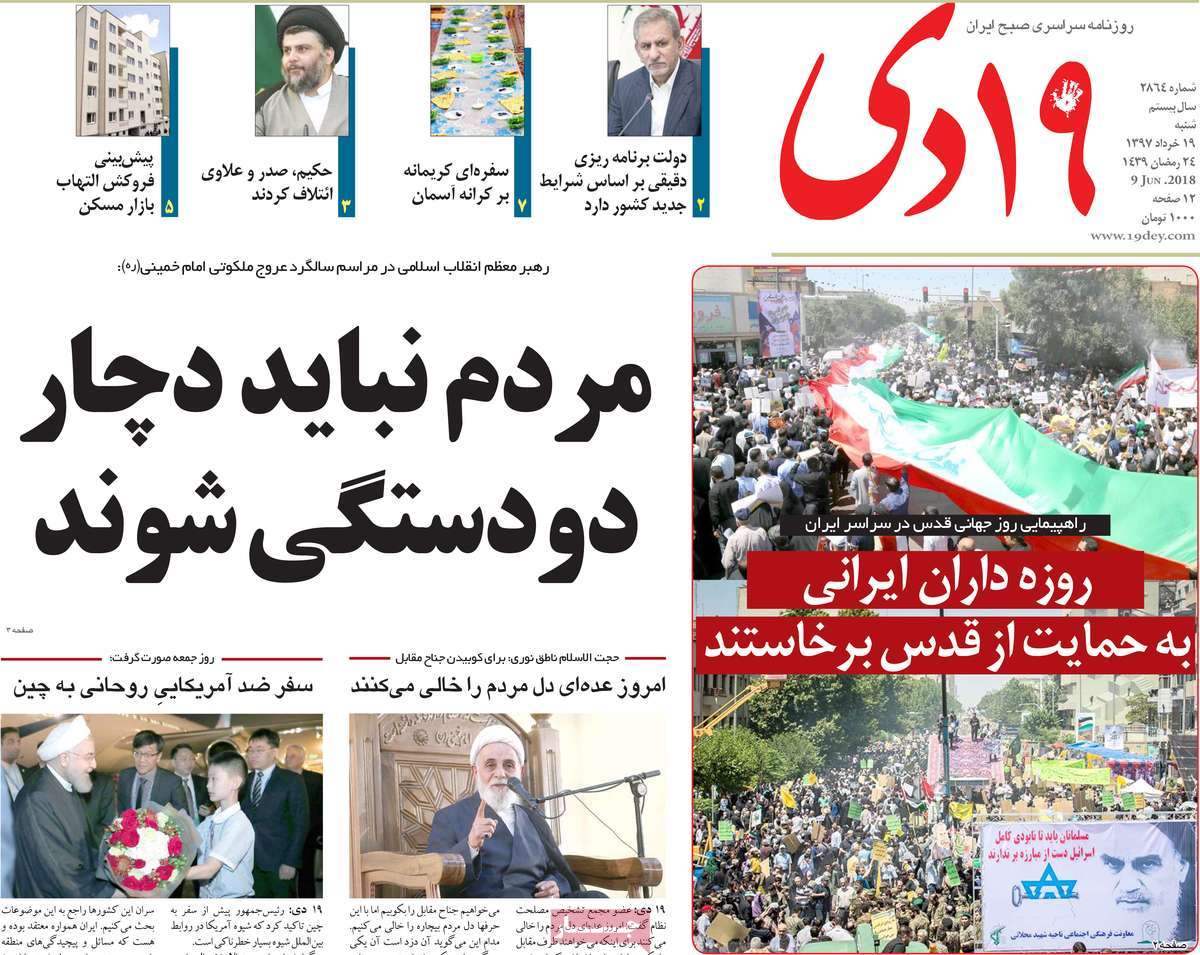 2- Method Adopted by US Dangerous: Rouhani 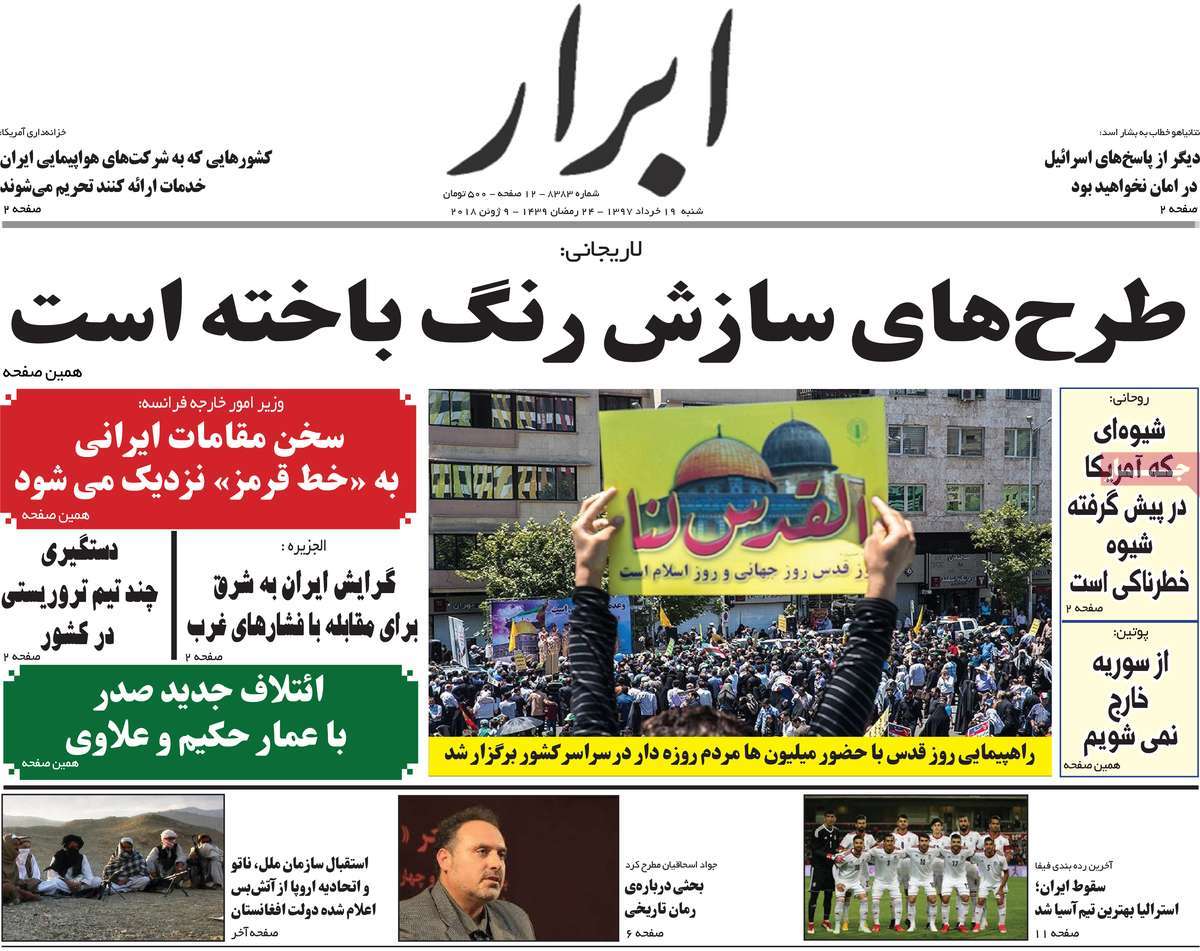 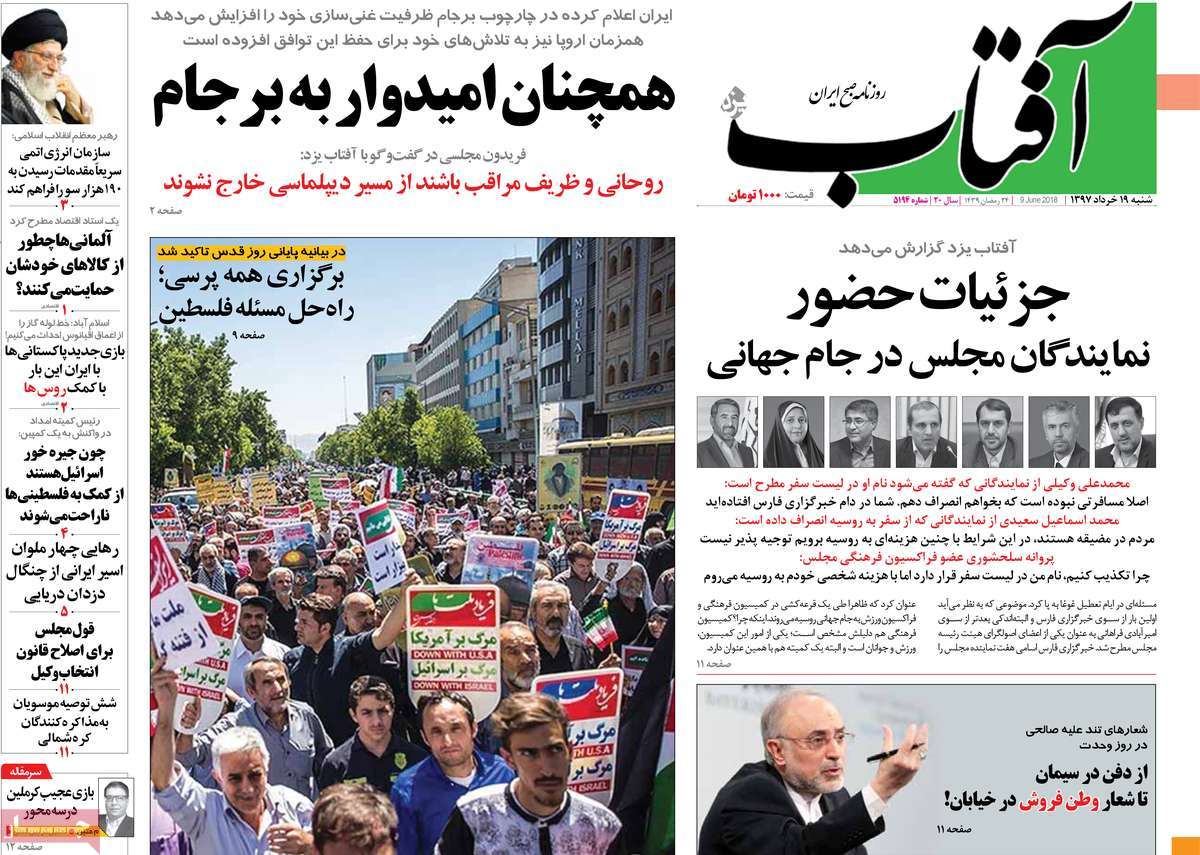 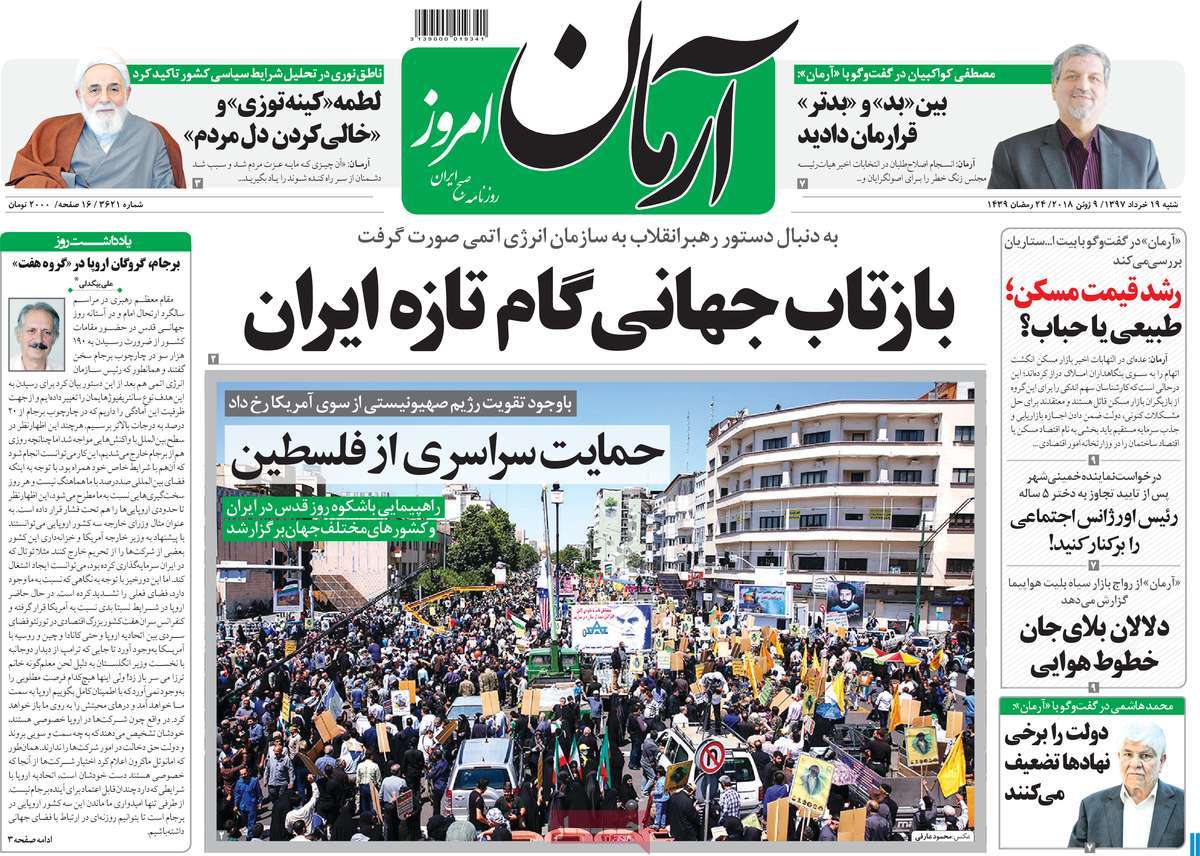 1- Prospect of Economy in Post-Withdrawal Era 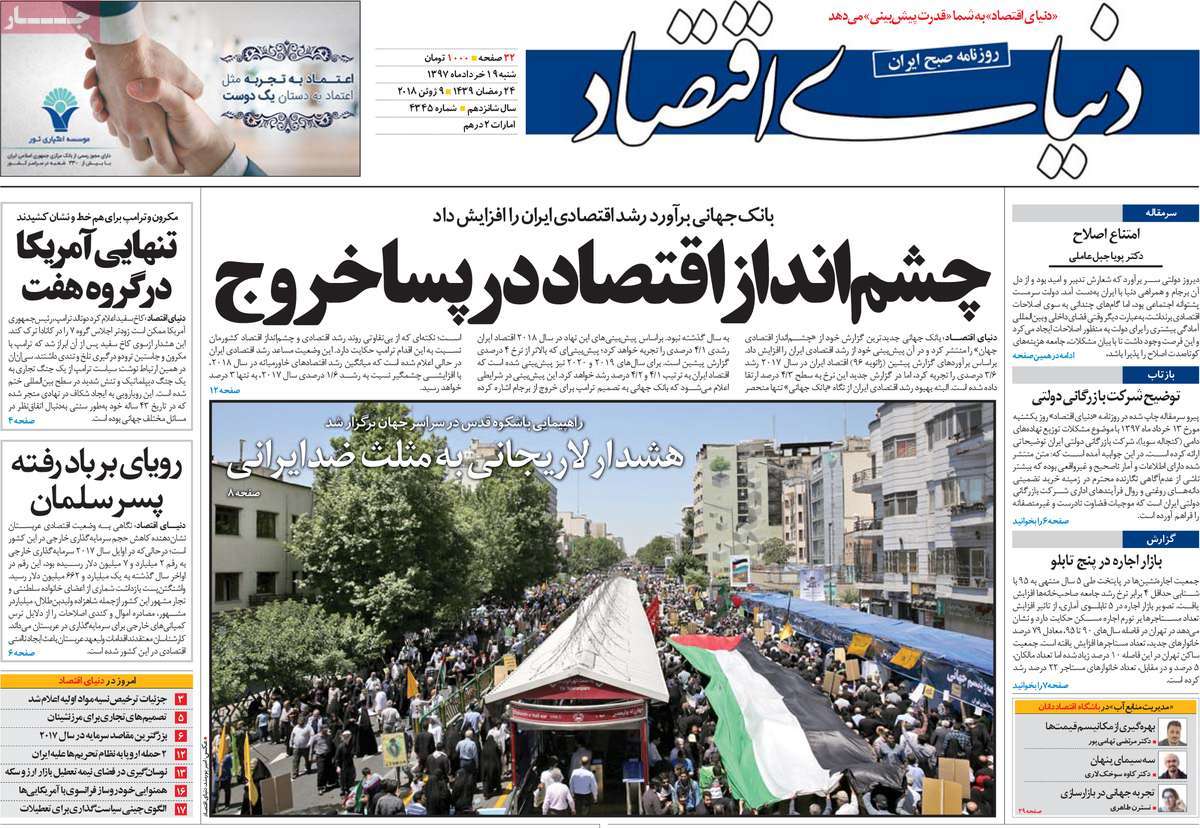 2- Everyone against Israel [Editorial] 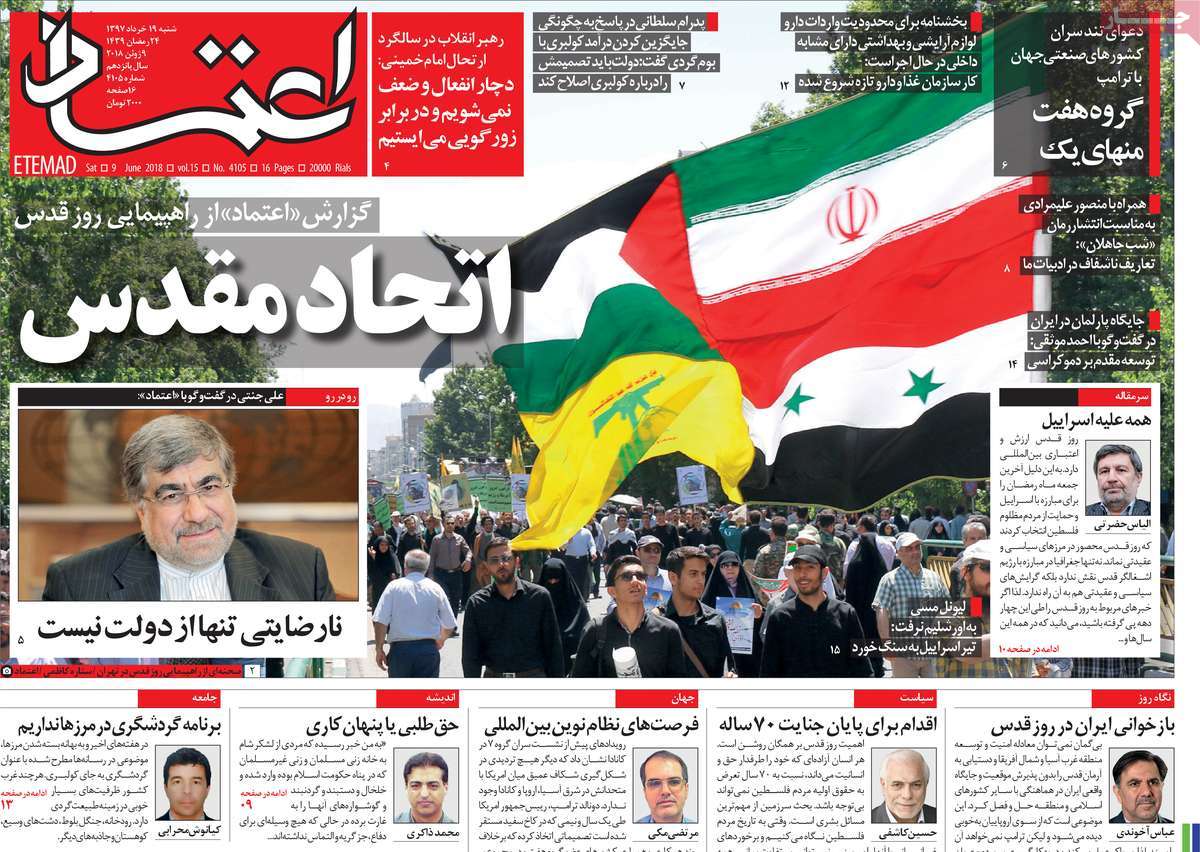 2- Zarif: Int’l Community Must Stand against US’ Evasion of Law 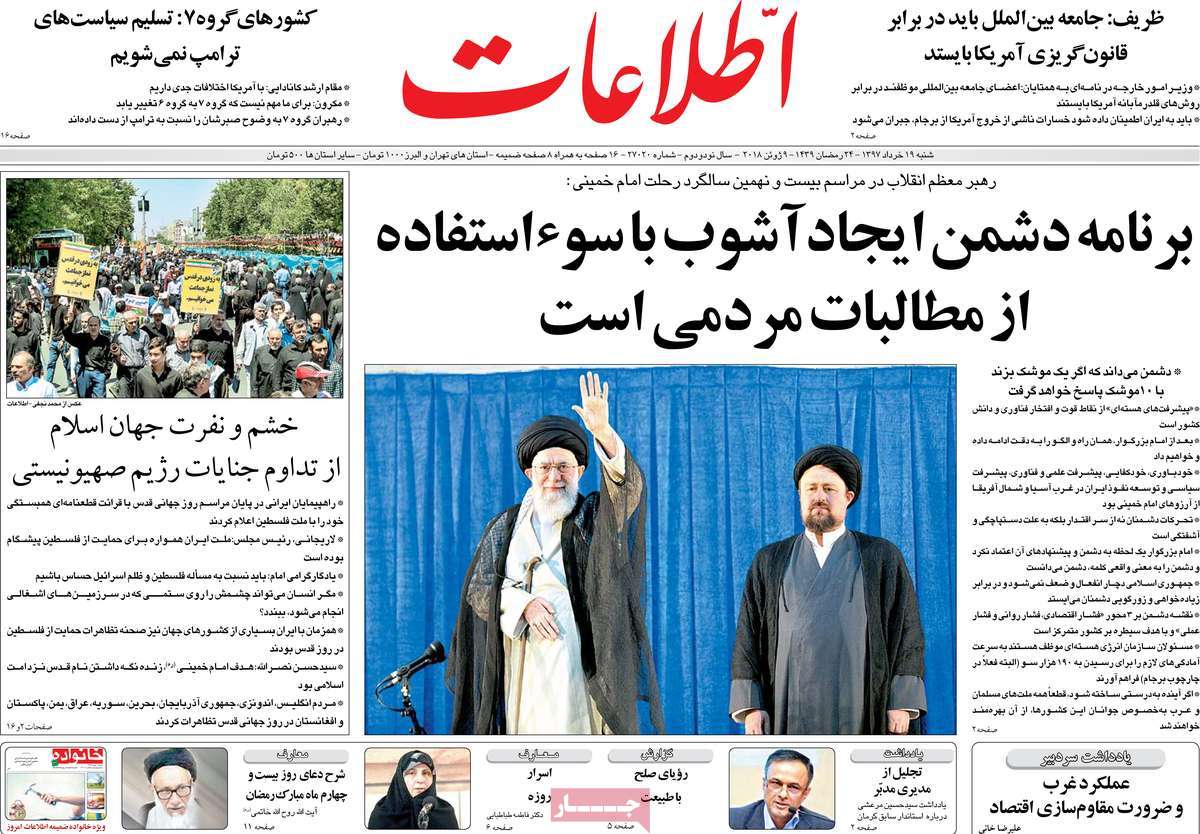 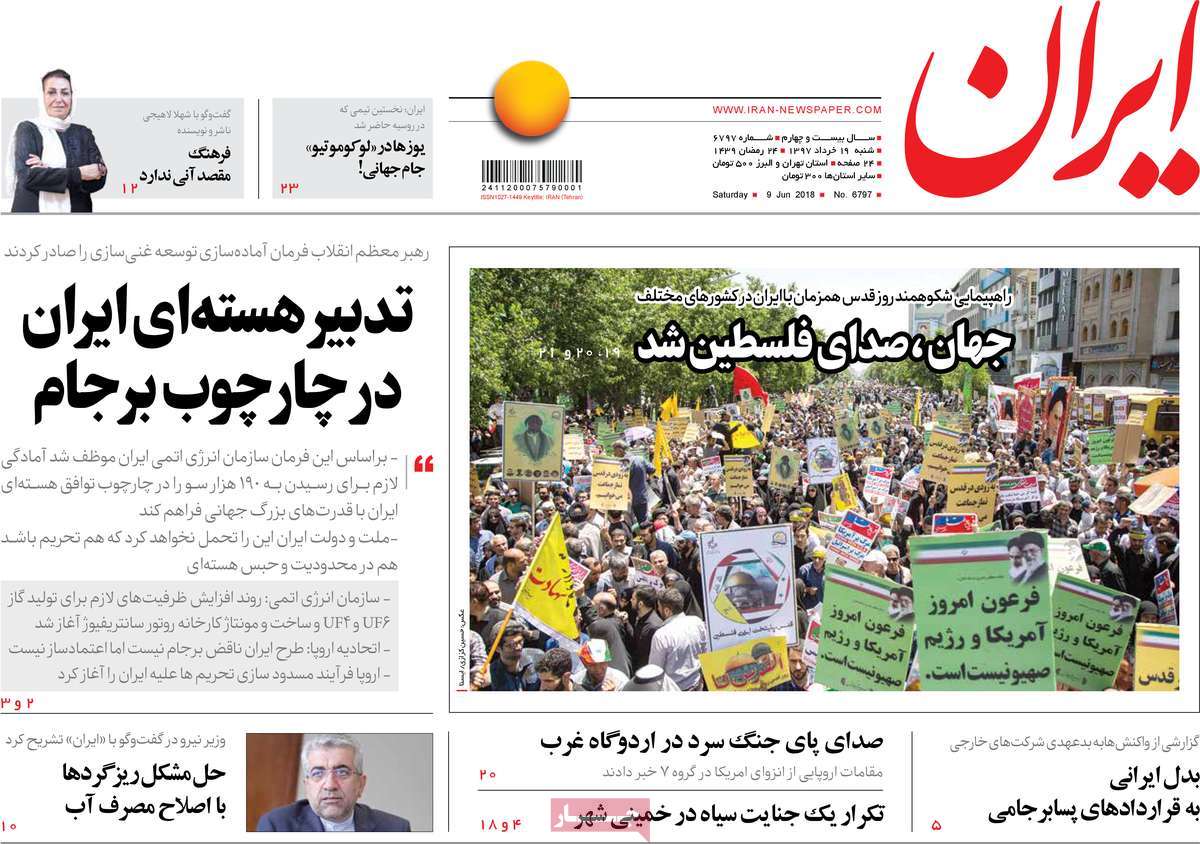 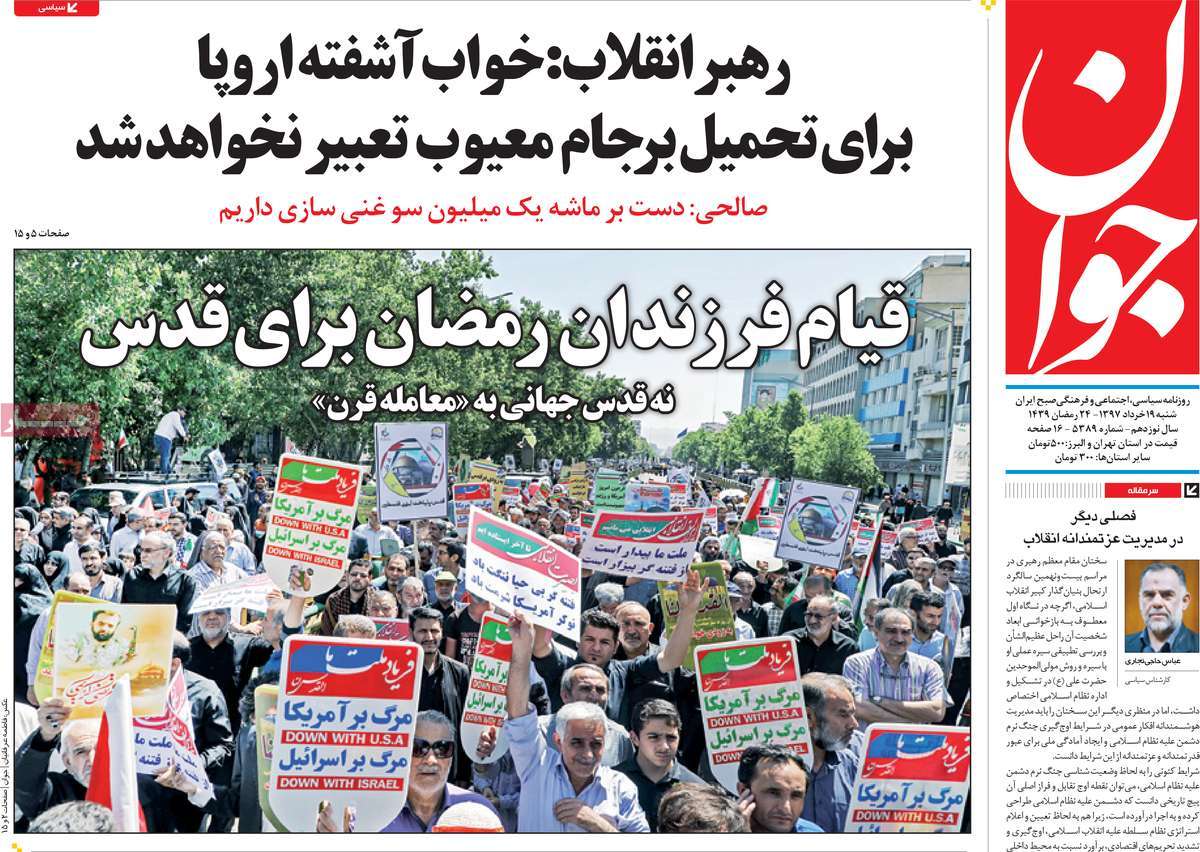 1- Iran Leader: US to Be Defeated by Iranian Nation in Its New Plot 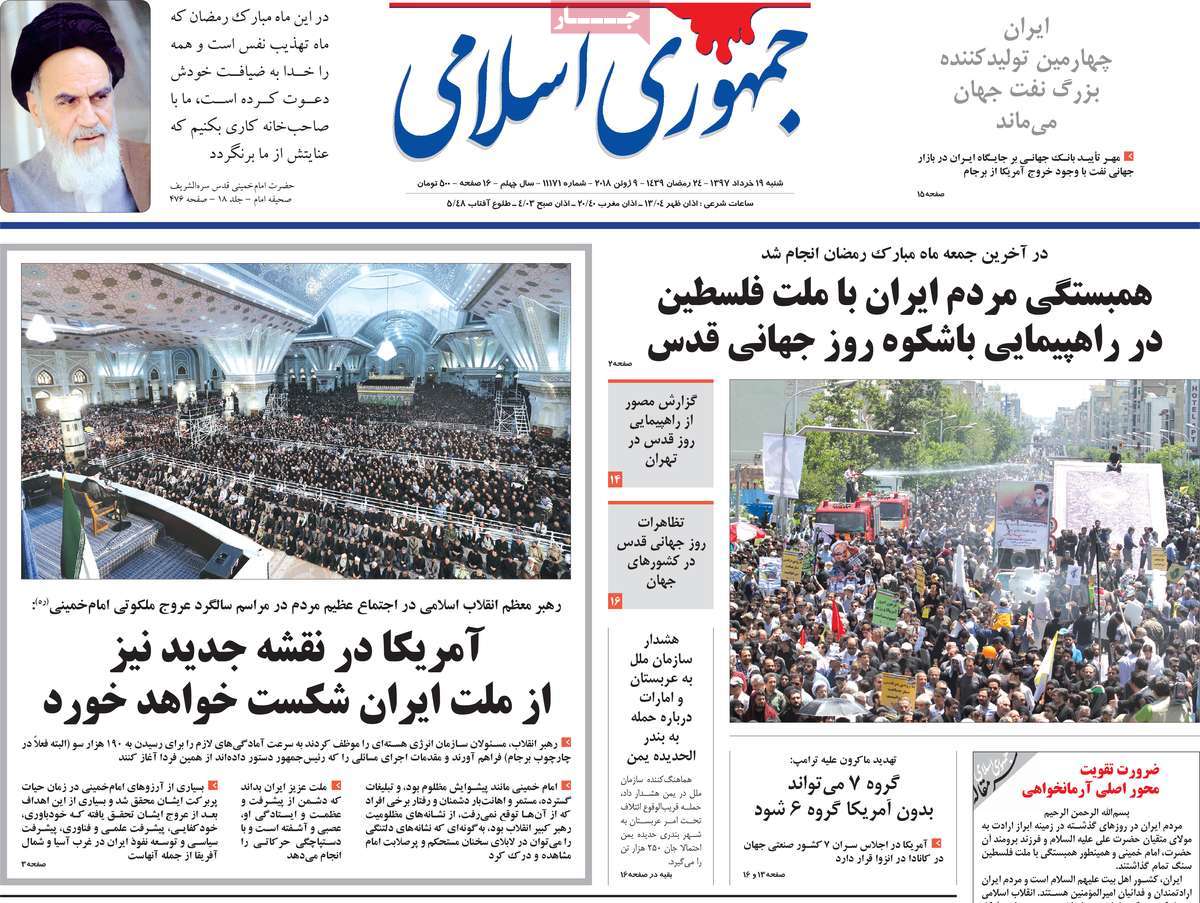 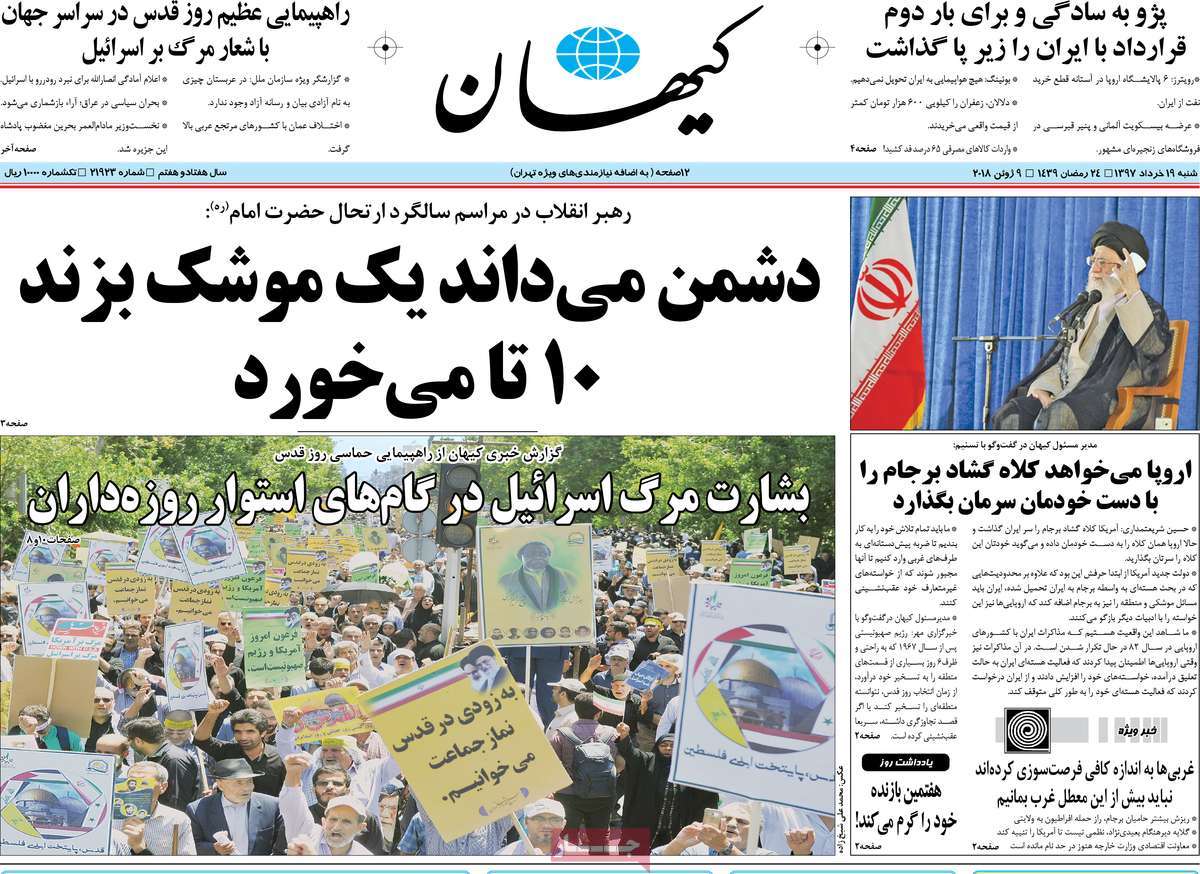 1- Iran Leader: Enemy to Be Hit 10 Times If It Hits Iran Once 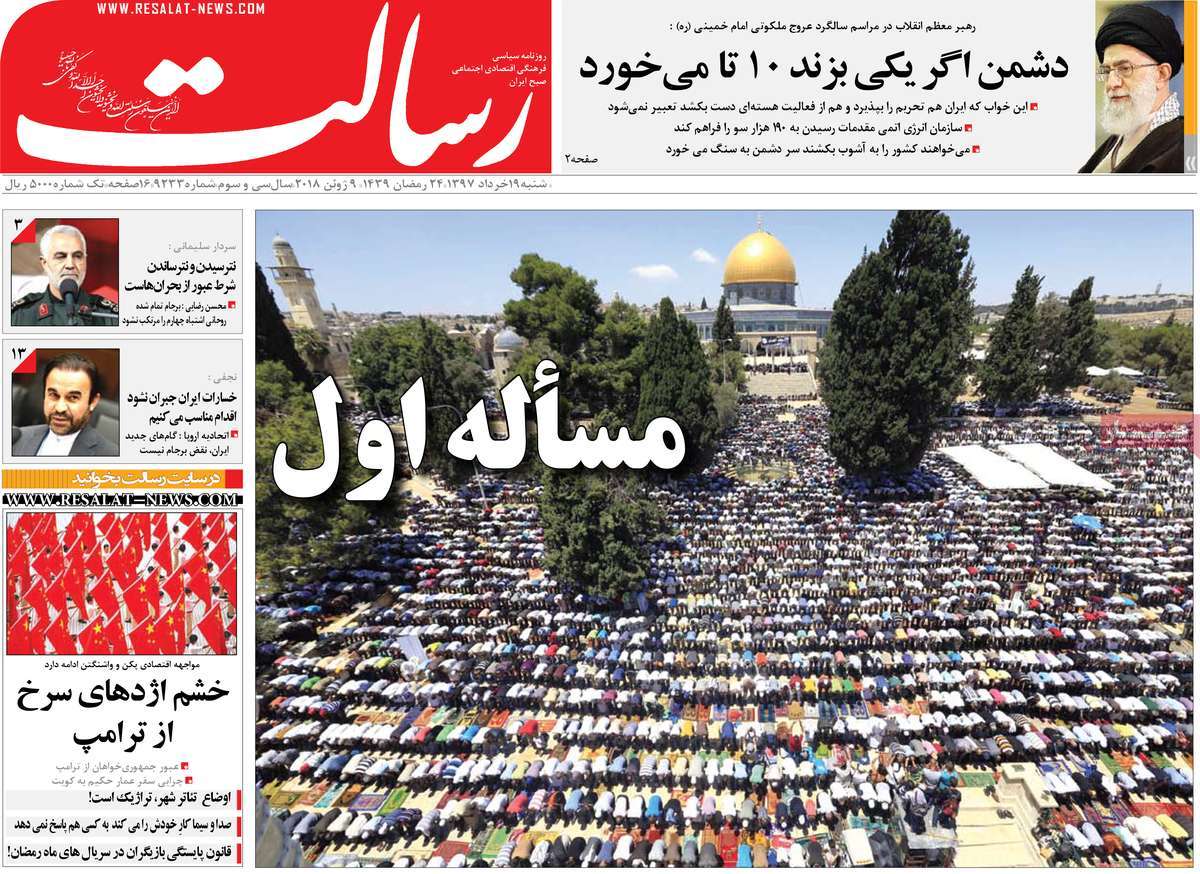 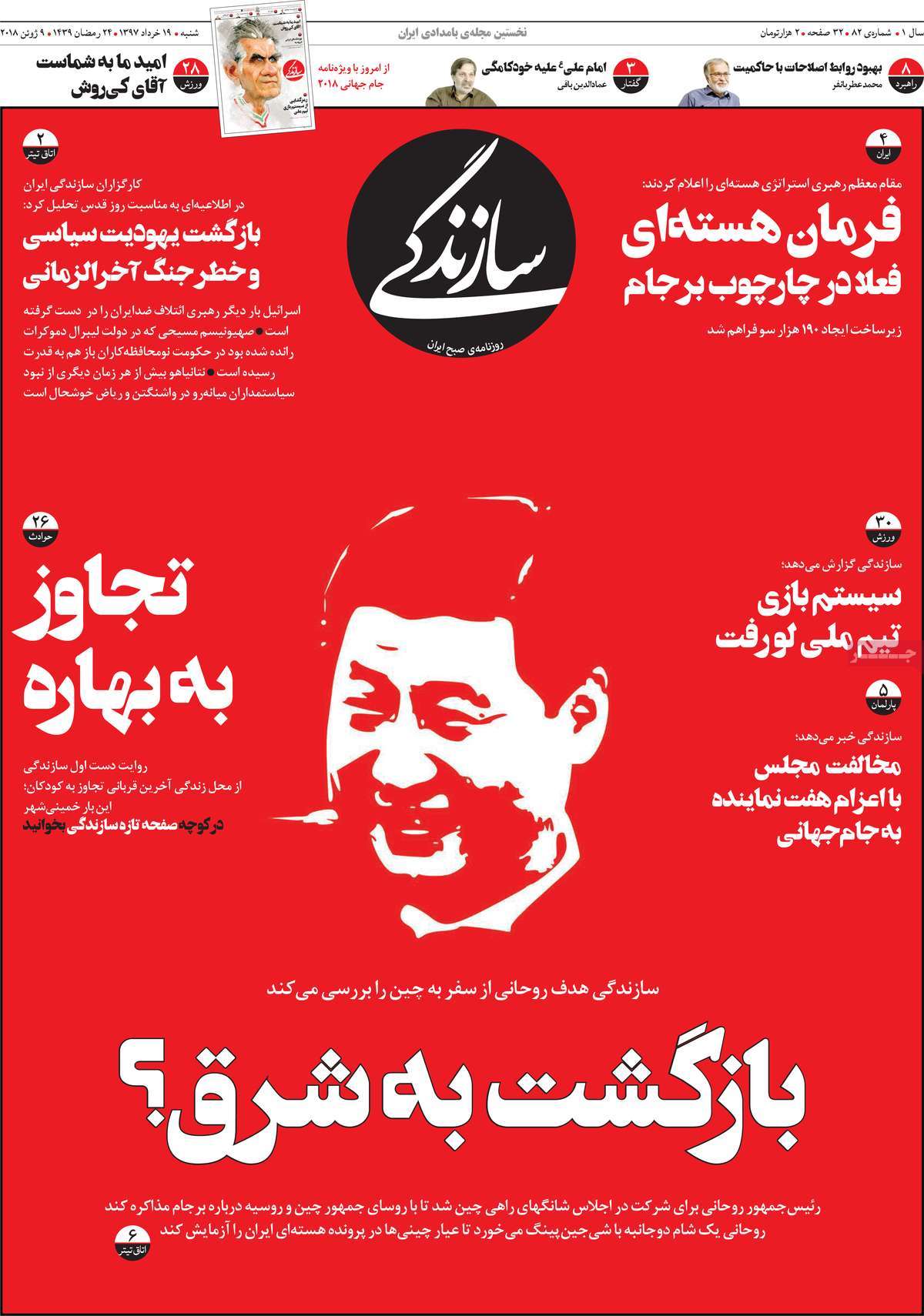 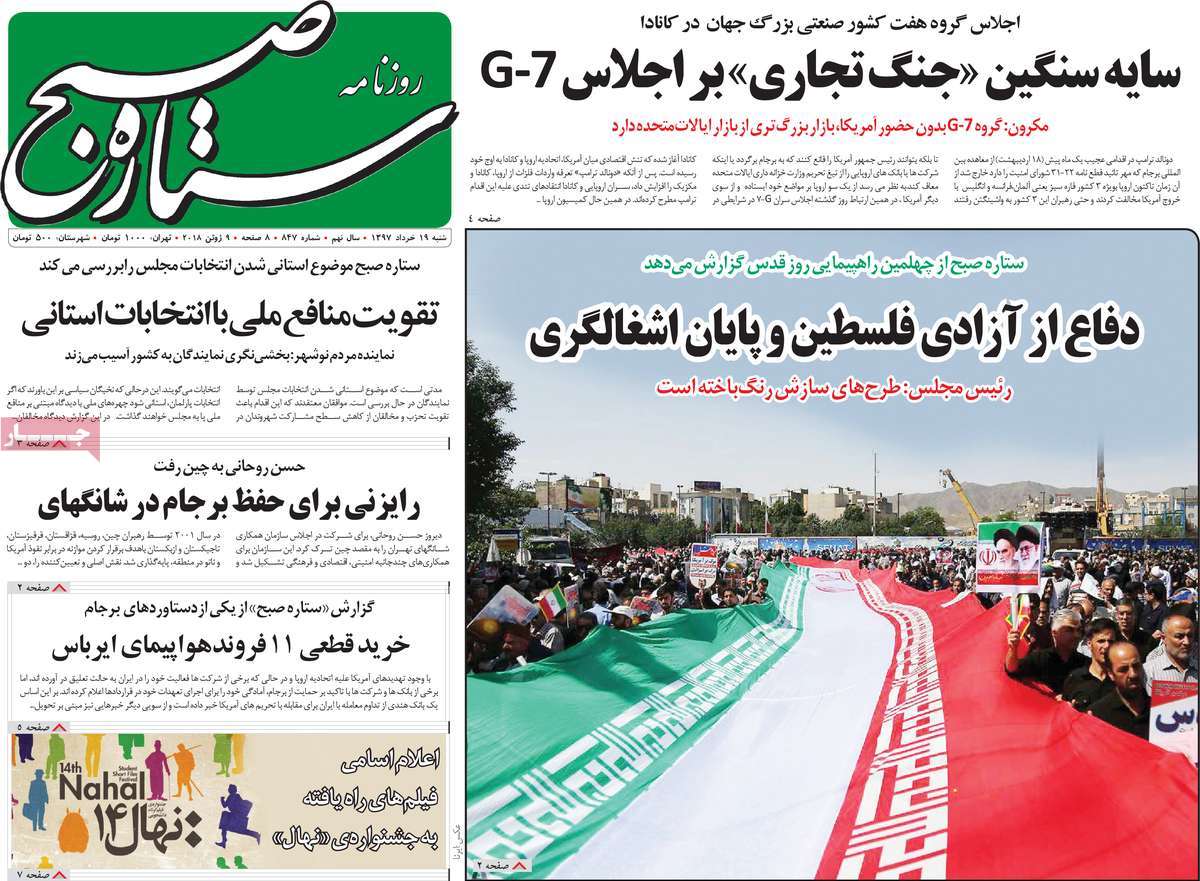 1- We Keep Supporting Liberation of Quds

3- Secrets behind Peugeot’s Withdrawal from Iran 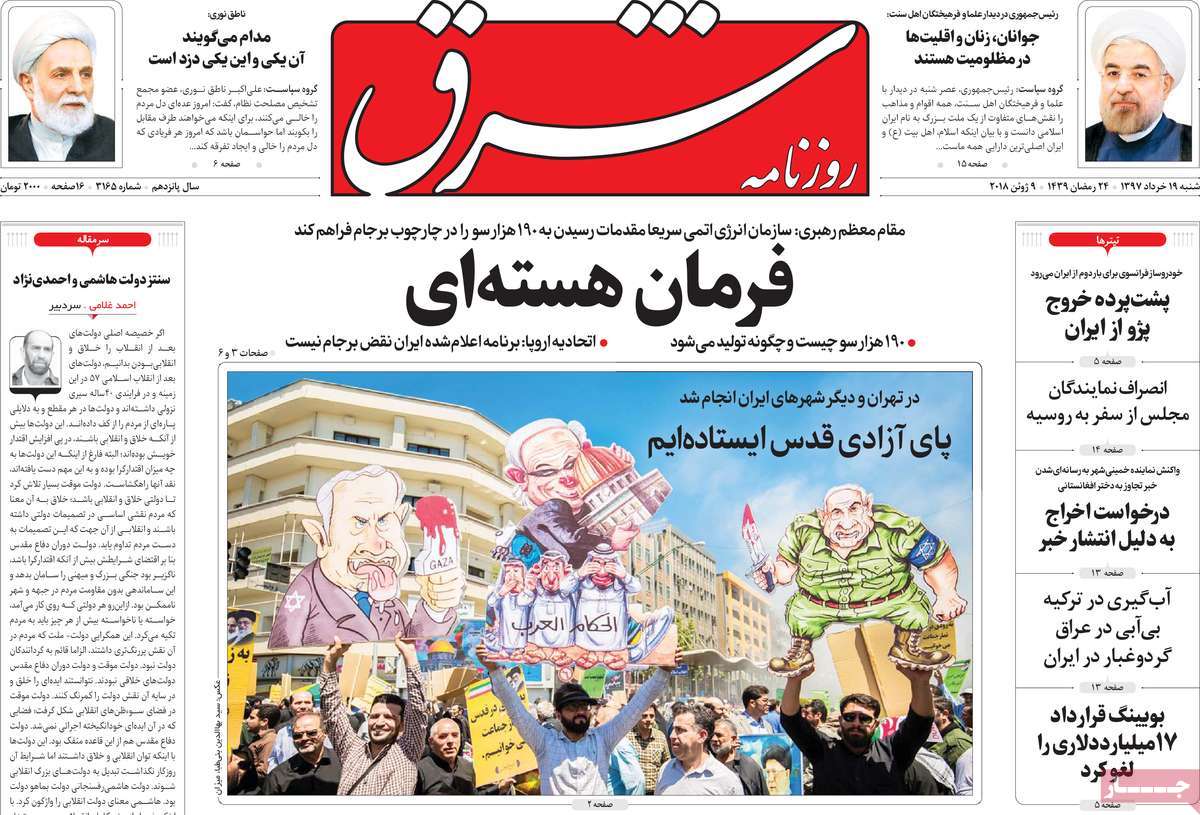 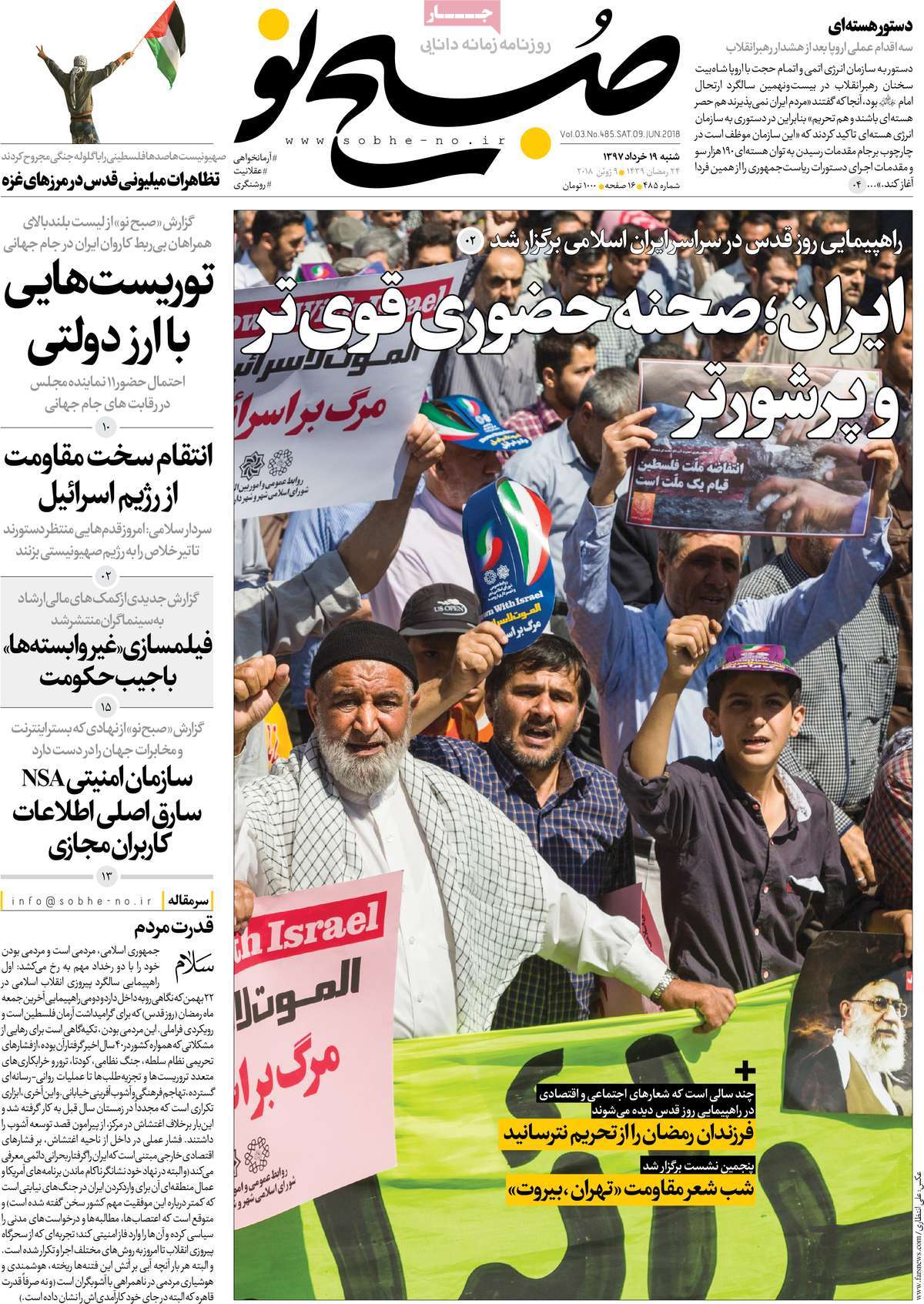 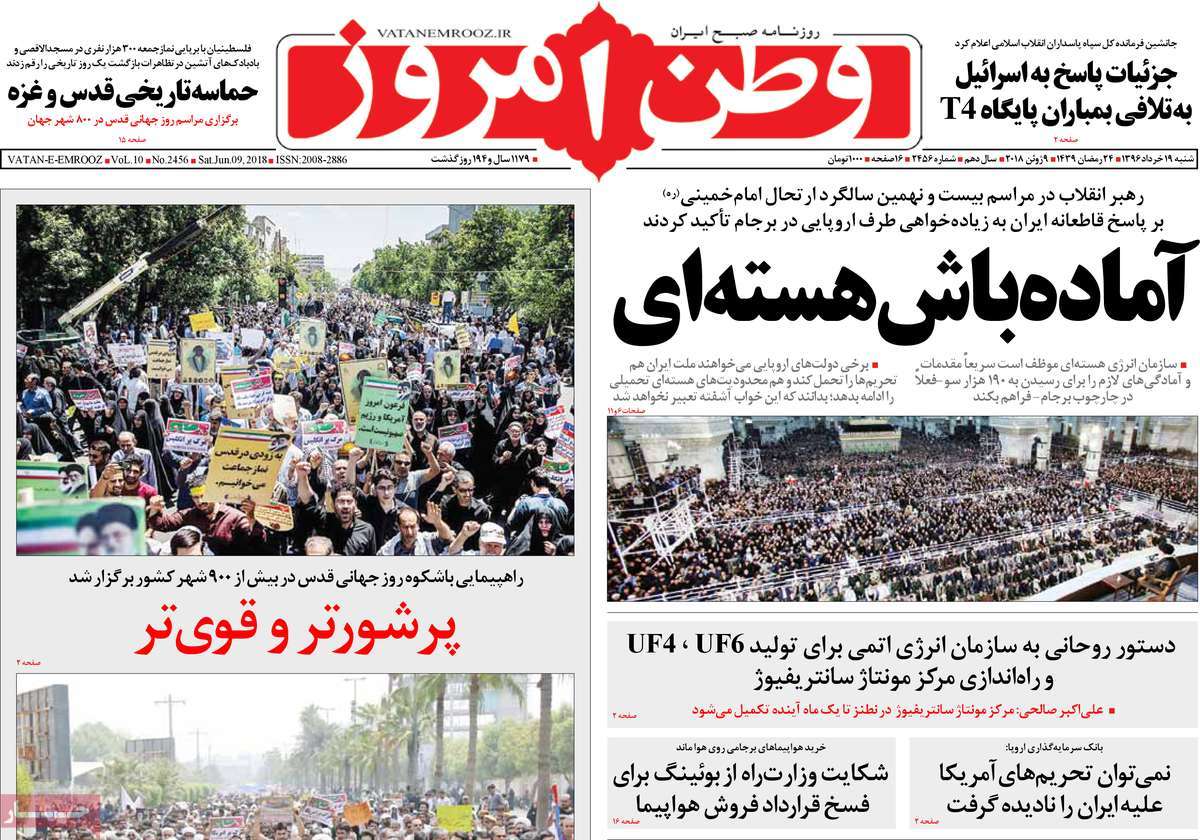