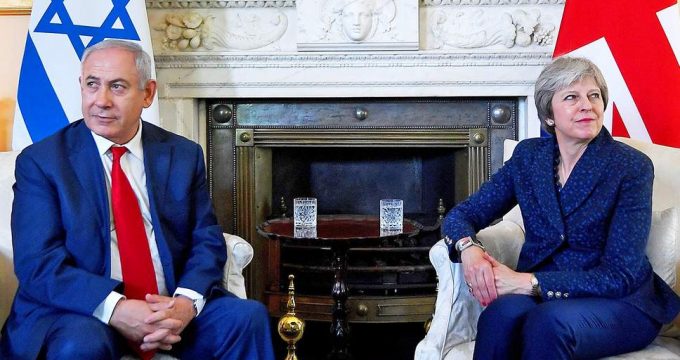 Israel’s prime minister, Benjamin Netanyahu, has pressed Theresa May to recognise that the Iranian nuclear deal is on the point of collapse and that a fresh plan is needed to stop Iran restarting its uranium enrichment programme.

Netanyahu met May on Wednesday following his talks this week with the other European supporters of the landmark 2015 nuclear deal, the French president, Emmanuel Macron, and Germany’s chancellor, Angela Merkel.

Netanyahu has lobbied for European leaders to follow the example of the US president, Donald Trump, and pull out of the Joint Comprehensive Plan of Action (JCPOA) on Iran.

#IranDeal, Benjamin Netanyahu, Theresa May June 8, 2018
Iran’s outreach to India after US exit from nuclear deal faces obstacles
Rouhani sets off to China for SCO summit