Forbes | Ellen R. Wald : The list of companies planning to pull out of Iran or cease doing business with Iranian business is growing by the week. With high profile companies like Boeing BA -0.02%, Total and General Electric GE +0.69% announcing that they plan to end all business dealings with Iran by the time U.S. sanctions return, the focus is now turning to which companies that indent, at least for now, to continue doing business in Iran. 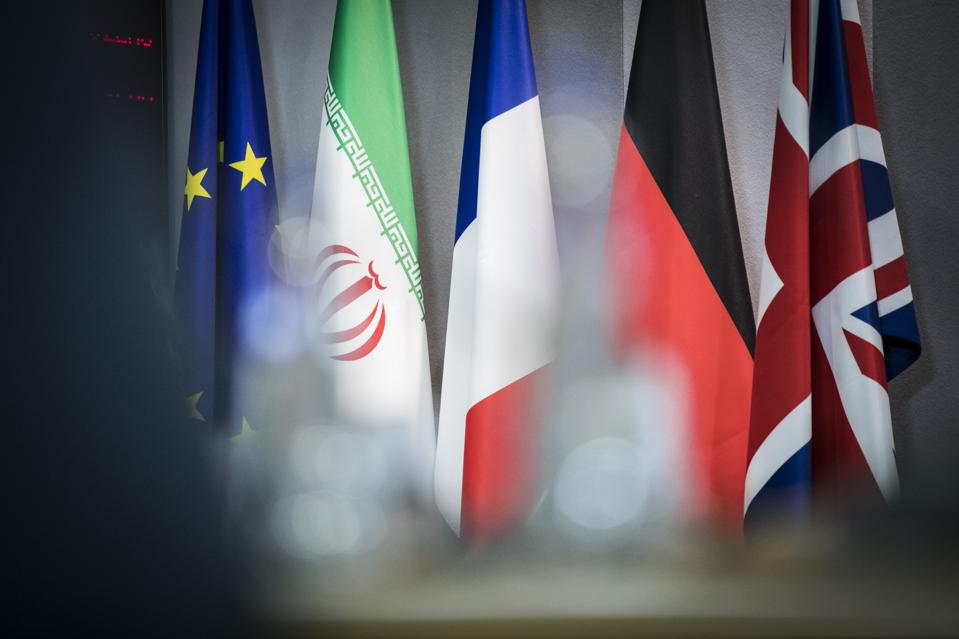 The flags of (l-r) the European Union, Iran, France, Germany and Great Britain are pictured before political conversation on May 15, 2018 in Brussels, Belgium. (Florian Gaertner/Photothek via Getty Images)

European leaders are scrambling to try and prevent U.S. sanctions from impacting European business in Iran and are threatening to implement a “blocking statute” that apparently can ban European companies from adhering to U.S. sanctions. It is unclear if the EU could even enforce such a statute if enacted.

Here’s a list of some of the major global companies that, (for now) are staying in Iran:

CNCP – The Chinese oil company is already involved in the deal to develop Iran’s South Pars gas field and plans to take over Total’s stake in the project.

China Railway Engineering Corporation – This Chinese company is slated to build a high speed rail line in Iran along with the Italian state owned company Ferrovie dello Stato. The Italian company may be forced to pull out if sanctions prevent it from obtaining financing, but the Chinese company has not yet indicated any change in plans.

Ansaldo Energia – This Italian engineering firm has been operating in Iran for 70 years. It would like to continue operating in Iran but fears it may have to exit in the future because U.S. investors own Ansaldo bonds.

Volkswagen – The German car manufacturer only recently entered the Iranian market. It has not announced whether it will exit Iran or remain in light of the secondary sanctions.

CRRC Corp – CRRC Changchun Railway Vehicles Co. signed a deal to provide 100 subway cars to Mashhad, Iran’s second largest city in February, 2017. It has followed that deal with more contracts for subway cars since. There is no indication the company plans to exit Iran. 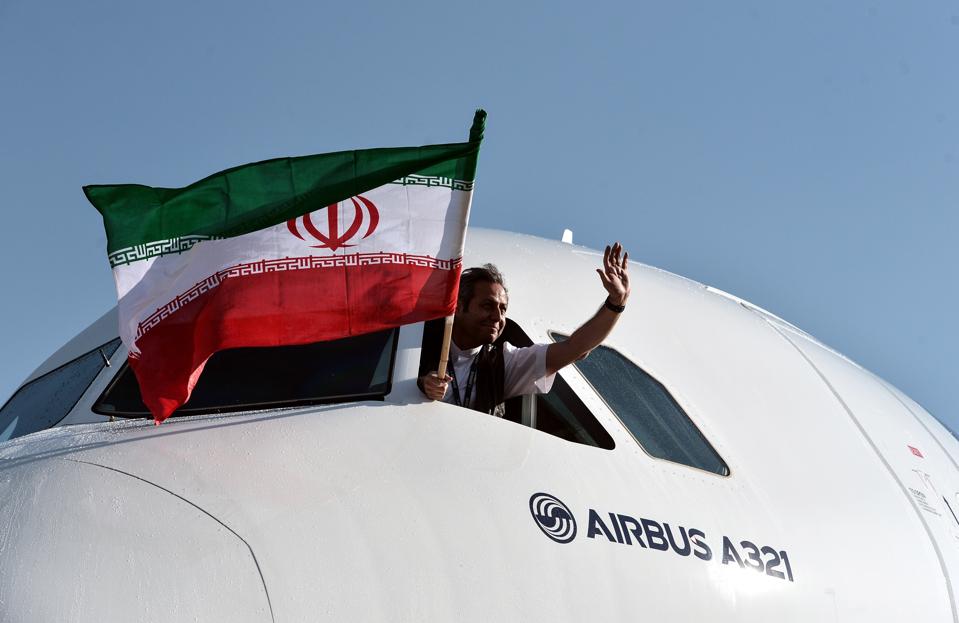 Airbus – Airbus, unlike Boeing, had already started delivering planes to Iran before the Trump administration announced the reinstatement of U.S. sanctions. Airbus has not made any statements about its future in Iran, although U.S. Treasury Secretary Steve Mnuchin already mentioned that Airbus’s export license for Iran will be revoked. Approximately 10% of the parts used in the Airbus planes are made in America.

Renault – This French carmaker signed multimillion dollar deals with Iran in 2017 and plans to build a new plant in Iran that would bring its total production in that country to 350,000 vehicles per year. Back in October, the Renault CEO said the company would not exit Iran if the U.S. reinstated sanctions. The company has not made any recent announcements about whether it intends any changes.

Bharat Petroleum Corp – This Indian state oil refining company ( BPCL) is increasing its purchases of Iranian oil. The company is not sure if it will cease taking Iranian oil in November , when sanctions are fully in place. For now it is taking advantage of good deals Iran is providing on its oil.

Ellen R. Wald, Ph.D. is a historian & consultant on energy and geopolitics. She is the author of Saudi, Inc. and president of Transversal Consulting.