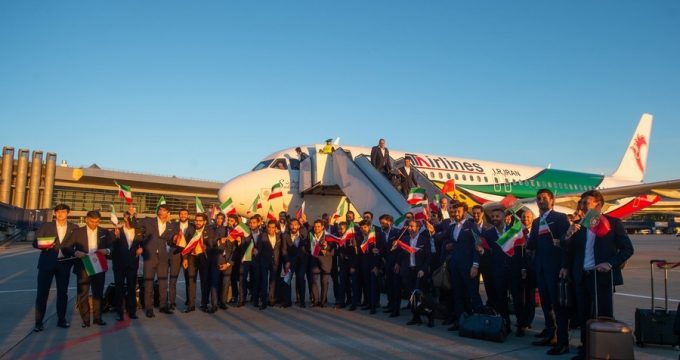 RT– Iran became the first World Cup team to arrive in Russia, touching down in Moscow along with Sardar Azmoun, the player dubbed ‘The Iranian Messi’, on Tuesday night.

The first Asian team to qualify for Russia 2018 became the first of the 32 qualified teams to arrive in the host nation, landing at Moscow’s Vnukovo Airport to begin their preparation at Lokomotiv Bakovka Training Base on the city’s outskirts.

Team Melli have been drawn in a difficult group alongside a Sergio Ramos-led Spain, current European champions Portugal and Maghreb nation Morocco. Their first game comes against Morocco on June 15 in St. Petersburg.

Team manager Carlos Queiroz said: “Being in Russia is a dream come true for Iranian football. We have achieved this dream through lots of hard work and sacrifices, which only heightens how honoured and privileged we feel to be here.

“The Iranian national team will relish rubbing shoulders with the best teams in the world and being part of this fantastic World Cup family. We arrive raring to keep this dream going for as long as possible and we look forward to playing our part in making this the best World Cup ever.

“We would like to send our greetings to all the other teams and their fans, particularly the people of Russia, who will be hosting the competition. We wish you all a great World Cup.”

Iran boast one of the most exciting talents in Asian football among their ranks in Sardar Azmoun. The man dubbed ‘The Iranian Messi’ will return to Kazan where he plays his club football for local side Rubin when Iran face 2008 World Cup winners Spain on June 20.

Before all that, Iran will face Lithuania on Friday in a freindly match at Spartak Stadium, which is one of Moscow’s two World Cup host venues, the other being Luzhniki. The stadiums will host 12 World Cup matches in all between them. 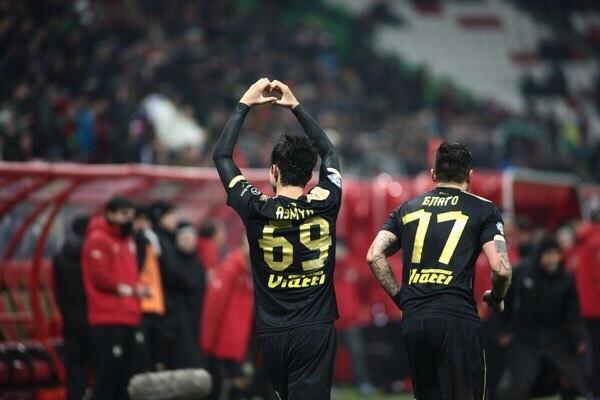 The team have wasted no time in making their presence known and have already been snapped showing off a smooth range of suits along with their group team photos.

Iran are participating in their fifth World Cup finals. Their previous appearances at football’s showpiece event came in 1978, 1998, 2006 and 2014.

Iran’s Group B rivals Portugal will arrive in Moscow on June 9. Cristiano Ronaldo and co. will fly into Zhukovsky airport on the city’s outskirts.