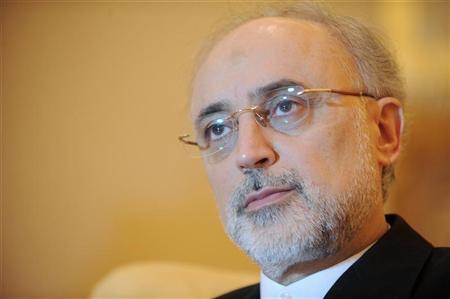 Bloomberg | Ladane Nasseri: In his laboratory coat and disposable shoe covers, Iran’s nuclear chief was every inch the scientist as he spoke about the latest additions to the nation’s atomic infrastructure. But it was hard to miss the politics that lay just behind the talk of centrifuges and enrichment.

“Iran’s capability in nuclear technology shows its scientific power,” Ali Akbar Salehi, the head of Iran’s Atomic Energy Organization, said in a late night television interview on Wednesday, pointing to polished equipment stacked in the background. “We could fly ahead when it comes to enriching uranium — if there weren’t a nuclear deal.”

That nuclear deal, struck in 2015 between Iran and six other parties, is under serious threat following the U.S. pullout last month, and Iran wants the world to understand the possible consequences if it collapses. One could be an expansion of the very enrichment activities that the accord curbed three years ago in return for relief from global economic sanctions.

Salehi said the aim was to ensure a supply of fuel for existing and future civilian power reactors. Yet a ramping-up of the enrichment program would likely bring dire warnings from countries that in the past have accused Iran of seeking to build a bomb, including the U.S. and Israel, and have raised the prospect of military action to prevent it doing so.

Speaking from a newly revamped hall for centrifuge assembly at the Natanz facility in central Iran, Salehi said scientists were “laying the groundwork” for such an enrichment advance — if it is needed — within the framework of the nuclear agreement. The European Union, which endorsed the deal, says as things stand the work doesn’t contravene it.

Nuclear experts are working to develop the assembly center, which could if needed host newer, more efficient centrifuges, he said in a room decorated with the Iranian flag and a portrait of both the Islamic republic’s founder and its current leader, Ayatollah Ali Khamenei.

Iran has plans to build two additional power plants alongside its existing 1,000 megawatt unit at Bushehr, and wants to generate 8,000 megawatts of electricity from reactors in the “medium term,” Salehi said.

The Trump administration says it wants to force Iran into a new agreement that will address concerns the current deal does not, such as Iran’s missile program and its sponsorship of militant groups across the Middle East. Washington wants other parties to the deal, including Germany, France, the U.K. and EU, to join it in reimposing sanctions.

The Europeans are resisting but it’s unclear if they can provide guarantees to their companies that have invested in Iran and are alarmed at the prospect of contravening U.S. sanctions.

Salehi’s interview was partly aimed at domestic consumption, as he underlined the scale of Iran’s investment in nuclear technology — $6 billion over three decades. Authorities are keen to stress that they won’t surrender to Western pressure and let go of a program long hailed as a source of pride and independence.

But his message was also aimed elsewhere. “We hope not to see a day” when the nuclear deal falls apart, he said.