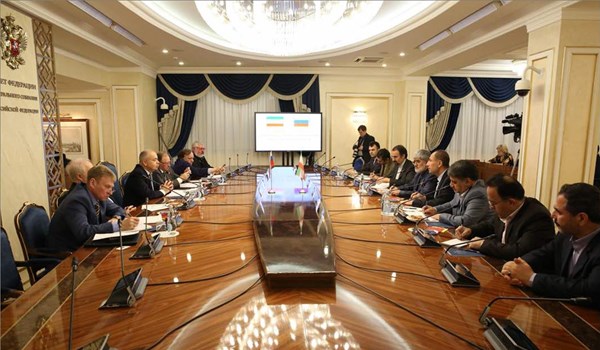 FNA- Senior Iranian and Russian parliamentary officials in a meeting in Moscow vowed to broaden mutual cooperation between the two countries’ parliaments.

Motahari and Neverov underlined that Tehran and Moscow have the needed capacities to expand parliamentary cooperation.

Motahari is in Moscow to attend the Development of International Parliamentary Forum, which opened in Moscow on Monday.

The two senior legislators exchanged views on a variety of subjects.