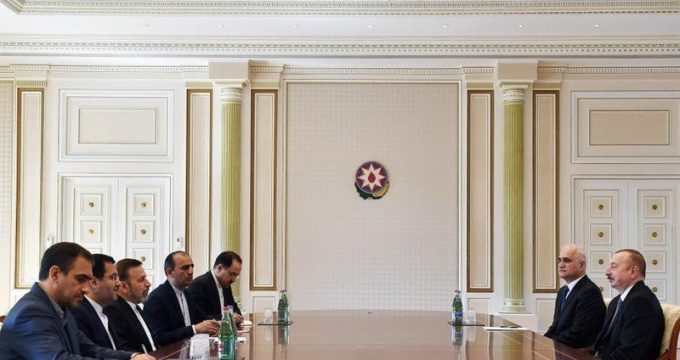 Tasnim – The Iranian president’s Chief of Staff, Mahmoud Vaezi, praised the growing ties between Tehran and Baku in various fields and said with the support of the two presidents, all arrangements have been made for long-lasting cooperation between the two neighbors.

“The infrastructure needed for long-term cooperation between Tehran and Baku has been developed with the support of the presidents and the (two countries’) joint commission is actively pursuing the implementation of plans and programs,” Vaezi said at a meeting with Azeri President Ilham Aliyev in Baku on Monday.

“All necessary preparations have been made for cooperation in strategic projects such as in energy sector in the Caspian Sea and the Rasht-Astara (railroad) project,” he said.

Iran-Azerbaijan cooperation in industrial and trade sectors has also been developed and customs are active round the clock, Vaezi said.

Aliyev, for his part, said the two countries’ governments and nations are resolved to deepen bilateral relations in diverse fields, adding that Iranian President Hassan Rouhani’s recent trip to Baku paved the grounds for closer ties between the two neighbors.

In one of them in 2016, the two sides signed eleven memorandums of understanding and agreements to promote mutual cooperation in a range of fields.