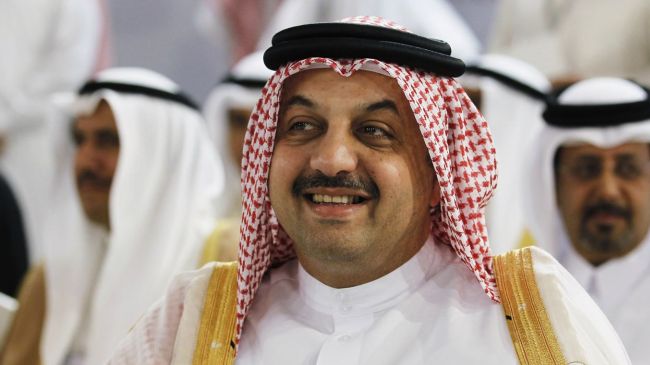 Qatar rejects war on Iran as rift with Saudi widens

Press TV – In a new turn of events, which has been construed as sign of a deepening rift between Doha and Riyadh, Qatar has flatly rejected the idea of taking part in a military conflict against Iran, with the Arab country’s defense minister highlighting that Doha will not “fuel a war” in the Persian Gulf region.

Khalid bin Mohammad al-Attiyah, who also serves as the deputy prime minister, told an international security conference in Singapore on Sunday that Qatar would not be dragged into any conflict of that nature.

“Is it wise to call the United States and to call Israel to go and fight Iran? … Whether any third party is trying to push the region or some country in the region to start a war in Iran, this will be very dangerous,” the Qatari minister stated.

“Everyone should keep holding on to this and advance with this. In my own judgment, I think the United States is wiser than to enter in a war with Iran.”

The minister did not name any party but he could have been referring to Saudi Arabia, which has also led a blockade of Qatar with its Persian Gulf allies since June last year.

The assertion by Qatar’s top defense official has been seen by analysts as the continuation of a crisis in Doha’s relations with a Saudi-led group of regional Arab countries that cut off their diplomatic ties with Qatar on June 5, 2017, after officially accusing it of “sponsoring terrorism.”

Another excuse used by Saudi Arabia, Egypt, Bahrain, and the United Arab Emirates for cutting the ties was Doha’s close relations with Tehran.

Since that time, the Saudi-led group has been enforcing various restrictive measures, including economic sanctions, against Qatar while giving it a list of their demands to be met before the relations could be normalized.

Qatar has done none of these. Instead it has responded defiantly by dismissing the charges and courting new diplomatic and trading links.

The Qatar-based news network and TV channel al- Jazeera said in a report on Sunday that people living in Qatar were unlikely to forget the neighbors willing to lend a hand when they needed it most.

Iran was one of the countries which quickly stepped in to ensure the Qatari supermarket shelves remained well stocked, it added.

Senior Qatari authorities say Saudi Arabia has been sparking off crises across the Middle East and “bullying small countries into submission.”

Political experts have warned that the year-old acrimonious dispute between Qatar and its neighbors has shattered old alliances and is pushing Qatar toward Turkey and Iran.

Qatar has also increasingly tied itself to Turkey, while straining relations between Riyadh and Ankara.

“I don’t think it is too far-fetched to say that new power centers in the Middle East are emerging,” AFP quoted David Roberts, assistant professor at King’s College London, as saying.

Widely seen as a bid by Saudi Arabia and the United Arab Emirates to bring Qatar to its heels over its support for Egypt’s Muslim Brotherhood and the Palestinian resistance movement Hamas, the gamble has not paid off.

The International Monetary Fund (IMF) has already said that the economic impacts of the blockade by the Saudi-led quartet of Arab states against Qatar are fading.

While their regional ambitions may have been overstretched, Riyadh and Abu Dhabi have indicated this is a power play for the long haul.

According to Le Monde newspaper, Saudi Arabia has written to French President Emmanuel Macron, warning of “military action” if Qatar goes ahead with its planned purchase of a Russian air defense missile system.

Qatar is already picking up the tab, as it absorbs the huge costs of regional isolation, despite its vast wealth in gas resources.

“As for winners and losers, there are clearly no winners thus far, and in many ways everyone has been a loser,” said Christopher Davidson, a Middle East politics professor at Durham University.

Without a clear winner in sight, the Persian Gulf crisis is largely seen by the outside world as a bewildering spat between indistinguishable former allies.