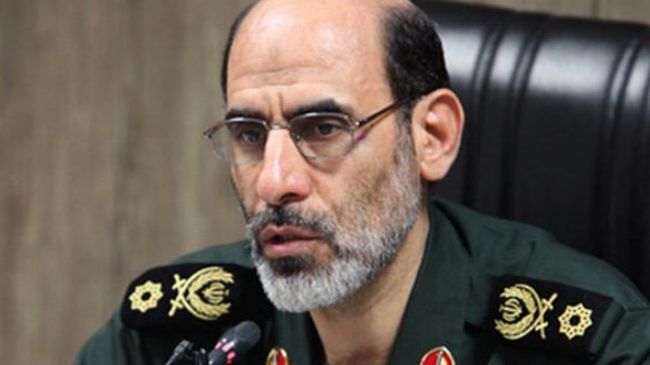 Sepehr made the remark in a conference in Tehran held to commemorate Iranian athletes who refused to compete against Israeli opponents.

“This conference is dedicated to thank all those whose dignity and honor did not allow them to compete against the Zionist representatives. These [athletes] acted like Holy Shrine Defenders…who refused to recognize the enemy’s [fake] identity,” Sepehr asserted.

Basiji commander further stated that Israeli regime has imprisoned about one million Palestinians over the past 70 years and has martyred many of them, but now has faced anger and wrath of nations across the world.

When some people such as the Wahhabi rulers in the region leave the right path, God replaces them with people who are not afraid of the enemy,he added.

Referring to the Leader of the Islamic Revolution who has predicted that ‘Israel will not exist in 25 years,’ Sepehr said “God willing, we promise we will raze Israel and they themselves are certain that they are on the verge to destruction.”