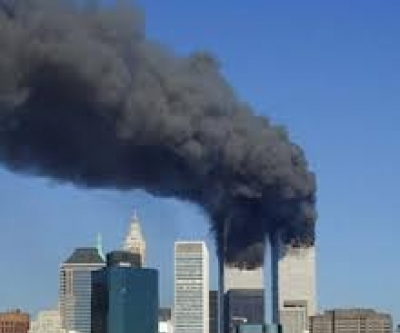 Lawyer: US court ignored fact that 9/11 terrorists were not Iranians

FNA – The US court has come up with a verdict, which says that Iran should pay vast compensation to relatives of the victims of 9/11 and that the country’s frozen assets in the US could be used to fulfill that court order.

Amir Hossein Nourbaksh, Iranian lawyer and head of the campaign “World Without Violence and Extremism”, believes that the latest decision of the New York court is not only unlawful, but also contradicts its jurisdiction, according to Sputnik.

He explains that although terror attack happened on US soil, it falls into the category of international crimes and must be taken to the International Criminal Court (ICC).

Moreover, the lawyer is confident that the court has violated Iran’s right to defense.

“They [US] were obliged to offer Iran an opportunity to present its interests as a defendant in court, which, in fact, never happened. Iran was not even notified about the upcoming litigation. This is one of the gravest violations of court practice,” he said.

Nourbaksh further points out that the New York court had violated one of the basic principles of law — the presumption of innocence.

The judge ignored the fact that none of the terrorists who committed the 9/11 attacks were of Iranian origin. The fact that Al-Qaeda (which was behind the attacks) has threatened Iran on multiple occasions and taken a hostile stance towards it also slipped the eyes of the US court, Nourbaksh added.

“The decision made by a federal judge about Iran being guilty was mostly for show, not for punishing those responsible. The decision was politically motivated and aimed at appropriating Iranian assets that have been illegally frozen in the US for several years,” he stated.

The lawyer believes that if the US decides to “appropriate” Iranian assets, such a move can be viewed as theft of national assets. Thus it can and will be challenged by Iran in the ICC.

Nourbaksh is confident that Tehran stands a good chance of winning the case.

The lawyer also recalled that several years ago, the Iran-US Claims Tribunal was established, which is entitled to examine cases and disputes between the two countries.

He added that since Iran hasn’t participated in either of the trials (in 2016 and in 2018) against it, Tehran can review the court’s decision and defend its interests there.

“Iran can easily challenge the jurisdiction of the [US] federal court that made the decision. According to international law, it [Iran] can use the International Covenant on Civil and Political Rights and the principle of good faith, which was originally violated, and submit an appeal against the US court decision,” the lawyer said.

Back in 2016, New York Judge George Daniels ruled that Iran must pay $10,5 billion to the families of those who died in the 9/11 attacks and to the insurance companies. Against the backdrop of the upcoming May 12 deadline, when the US President is due to decide whether he will re-impose sanctions against Iran and quit the nuclear deal, the US court has reaffirmed its decision blaming Iran for funding Al-Qaeda. Iran was not presented at both courts.

Although the investigation of the attacks on the World Trade Center’s twin towers revealed that the two airplanes were hijacked by a group consisting of Saudis, Egyptians, Lebanese and citizens of the UAE. The commission investigating the terror attack failed to find any evidence proving that Iran had helped the terror group.