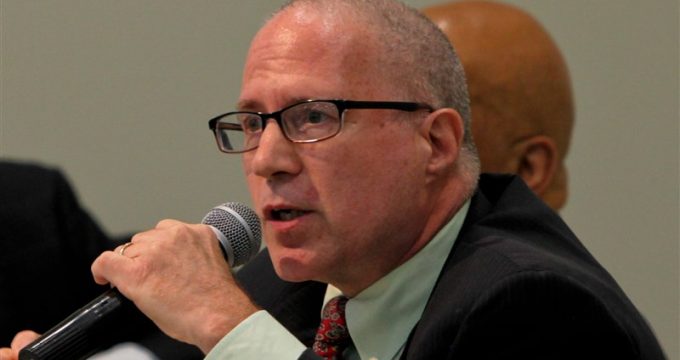 Iran has every right to reconstitute its nuclear power if JCPOA collapses: US analyst

Tasnim– An American political commentator said the Islamic Republic of Iran has “every right to reconstitute its nuclear power” if the 2015 nuclear deal between Tehran and world powers, known as the Joint Comprehensive Plan of Action (JCPOA), falls apart.

“Iran would have every right to reconstitute its nuclear power if the deal should fall through. It would be against their own interest to attempt to weaponize their nuclear power as they know that the US has surrounded Iran with its bases, armed with nuclear weapons, and that Israel has Tehran in its nuclear target. It would be in Iran’s interest to renegotiate with the European powers without input from the US based on a new reality,” Myles Hoenig, who ran for the US Congress in 2016 as a Green Party candidate, told Tasnim.

Tasnim: As you know, US President Donald Trump on May 8 withdrew from the Iran nuclear deal, which is an international agreement and endorsed by a UN Security Council resolution. What is your take on Trump’s decision?

Hoenig: The average, typical American is ignorant of Islam. That goes for policymakers. Very few Americans would even know that there are many branches, Shiite and Sunni being the most dominant. Even less would know which major Muslim countries adhere to which branch. The irony is that the foreign policy establishment has chosen to side with the Sunni branch, headed by Saudi Arabia and opposing the Iranian Shiite branch. While Saudi Arabia seeks to establish itself as the dominant Muslim power in the Middle East, it has attached itself to the feet of the US for the purpose of maintaining the Saudi market of oil distribution to the US and its European allies. Iran, on the other hand, has a greater market with Russia and China.

President Trump has long opposed normalization of ties with Iran, if he ever had a real thought about it. What matters most is that the Iran deal was an Obama initiative and victory and that his son-in-law, Jared Kushner, has major financial ties to the Saudi kingdom, a leading opponent of the deal, along with Israel. His number one concern is the promotion of his business empire, which happens to fall in line with aligning with Saudi Arabia and its allies, including Israel.

With his American First ideology, any removal of the US from international agreements is good. We saw it with the Paris Agreements, the TPP, moving the US embassy to Jerusalem (Quds), and now the Iran deal.

Hoenig: The Europeans are quickly distancing themselves from the US with regards to its past leadership on the world scene. Germany clearly sees that it can no longer depend on the US to live up to its commitments. President Trump has proven time and again that the US is not a trusted ally, as its policies and agreements can change with new presidents. Except for the moving of the embassy to Jerusalem, which had enormous bi-partisan support in Congress, most of his other foreign policies have contradicted past policies and have been opposed by the general public, as well as elements of the foreign policy establishment. Whereas part of it would be more internationalists, engaging in treaties and agreements worldwide, others, led by the fanatical John Bolton, see only war as the first order of business in foreign policy. This view is also bi-partisan, as Hillary Clinton would favor the Bolton approach of war before diplomacy.

The Europeans see this. Hitching their wagon to the US is no longer a viable option so the idea that they would maintain the agreement with Iran is far more likely and would somehow compensate the agreement with the loss of the US’s involvement. It would financially benefit the European Union to maintain strong ties with Iran, even if it means being part of an agreement that is clearly one-sided against Iran.

Tasnim: What would happen if Europeans’ efforts to salvage the deal fail? How do you think should Iran react to this after pouring concrete into the core of its nuclear reactor?

Hoenig: President Reagan, like his predecessors and successors, was a warmongering president. Under his administration, the ‘nuclear clock’ was closest to striking midnight than any other time before him. But he had a policy based on a Russian proverb, ‘trust but verify’. Whether the Iranian government is truly living up to the agreement is based on the reports of the international community inspecting its nuclear programs. And frankly, it’s hard to believe that Iran destroyed its only core for its nuclear reactor. Nuclear power has been a goal of Iran since the time of the Shah, and supported by the Americans.

Iran would have every right to reconstitute its nuclear power if the deal should fall through. It would be against their own interest to attempt to weaponize their nuclear power as they know that the US has surrounded Iran with its bases, armed with nuclear weapons, and that Israel has Tehran in its nuclear target. It would be in Iran’s interest to renegotiate with the European powers without input from the US based on a new reality.

Tasnim: Iran’s Leader Ayatollah Seyed Ali Khamenei recently said, “The Europeans must submit a resolution against the US at the UN Security Council to protest” Washington’s withdrawal from the JCPOA.” What do you think?

Hoenig: Resolutions are meaningless. Mostly it’s simply a show of opposition with no practical application. Israel has a disproportionate number of UN resolutions against it compared to others in the world. However, not once has the UN imposed sanctions, as it has done towards countries opposed by the US, including Syria, Iran, North Korea, etc.

The Europeans need to show where they stand in relation to US’s power. If they want to show a greater level of independence, then they would need to submit such a resolution. Even if it were to be a weak resolution, it would be the sign that US’s coattails no longer reach the European continent. It is hard to believe that any resolution would be strong, as the European economic powers still rely on NATO to enforce its own brand of capitalism’s empire building, as Libya was a perfect example of how NATO was used to maintain capitalism’s empire building.