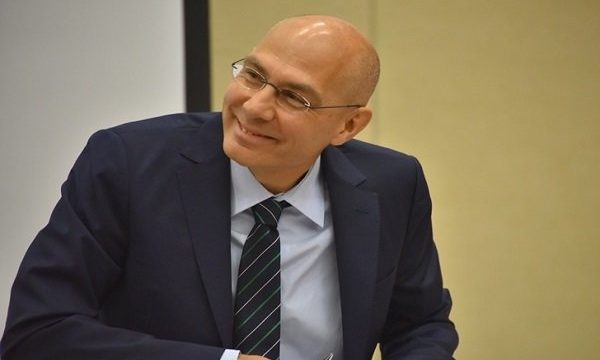 “Global refugee compact is an effort by all 193 members of the United Nations to design to protect those who are forced to flee and support the countries that shelter them more predictably and more equitably,” the High Commissioner explained.

In 2016’s historic New York Declaration for Refugees and Migrants, all 193 Member States of the United Nations agreed that protecting those who are forced to flee and supporting the countries that shelter them are shared international responsibilities that must be borne more equitably and predictably.

The Declaration gave UNHCR, the UN Refugee Agency, the task of building upon the Comprehensive Refugee Response Framework (CRRF), to develop a ‘global compact on refugees’. UNHCR has been engaged in consultations with governments and other stakeholders to develop the compact, and the High Commissioner will propose the text of the global compact on refugees in his 2018 annual report to the General Assembly.

The global compact on refugees is a unique opportunity to strengthen the international response to large movements of refugees and protracted refugee situations. Its four key objectives are to ease the pressures on host countries; enhance refugee self-reliance; expand access to third-country solutions; and support conditions in countries of origin for return in safety and dignity.

“For instance Iran has hosted Afghan refugees for many decades, almost 40 years, and it’s a longstanding issue in Iran. Iran has done tremendous work and has our full admiration, so in this case one would say why can’t international community support Iran more?”, Türk said, adding that in a way that’s what the global refugee compact about. To ensure that it mobilizes support for protracted refugee situation but also provide support conditions in countries of origin who are dealing with a large-scale crisis [for return of the refugees].

Türk who had also served as the UNHCR Director of the Division of International Protection went on to say that “We are the biggest UN operation in Iran, and also we have offices all around the country because we want to be close to the Afghan refugees but also to work closely with the Iranian authorities. We know we have always tried hard to ensure that we mobilize support and we have a lot of discussions with some of our donor countries so that we can provide more [financial] support, so our duty is to mobilize more support for the refugees but also for the host countries which is Iran.”

Inquired about the Ministerial Conference on Afghanistan which the UN would host with the Afghan Government in Geneva on November 28, Türk highlighted that the conference will focus on the Afghan situation in Afghanistan, “but also because we have millions of Afghans refugees living in Pakistan and Iran, so we want to use this as an opportunity to make aware the international community that we need to work on solutions for Afghanistan, meaning support peace process, conflict resolution and development in Afghanistan, but in the meantime we need to invest on the refugees outside so that countries like Iran are supported. So we use this opportunity to mobilize support for refugees and for Iran.”

Elsewhere in his remarks he noted that the United Nations High Commissioner for Refugees, Filippo Grandi, will visit Afghanistan, Pakistan and Iran, to highlight how important it is not to forget the Afghan situation and the impact of refugees in Iran and Pakistan.

Türk is the UN’s leading expert on international protection and his two-day visit to Tehran was meant to reaffirm UNHCR’s commitment to continue its strong partnership with the Islamic Republic of Iran as one of the world’s largest refugee hosting country.

The Islamic Republic of Iran has remained an important global partner on refugee protection, currently hosting around a million refugees from Afghanistan for nearly four decades.

The office of the United Nations High Commissioner for Refugees (UNHCR) was established by the UN General Assembly in 1950. The agency is mandated to lead and coordinate international action to protect refugees and resolve refugee problems worldwide. Its primary purpose is to safeguard the rights and well-being of refugees.

UNHCR opened its first office in Iran in 1984 and expanded its presence in response to the influx of Iraqi refugees arising from the Gulf War in 1991, and the start of Afghans’ mass return movement to Afghanistan in 1992.

The Islamic Republic of Iran continues to host one of the largest and most protracted refugee populations of the world, and has provided asylum to refugees for nearly four decades. The majority of refugees in Iran are Afghan refugees. There are an estimated 3.5 million Afghans residing in Iran, inclusive of registered refugees, passport holders and undocumented Afghans; since many arrived around 35 years ago, a large number are second or third generation Afghans living in Iran.

Approximately 97% live in urban and semi-urban areas, while the remaining 3% reside in 20 refugee settlements which are managed by UNHCR’s main government counterpart the Bureau for Aliens and Foreign Immigrants’ Affairs (BAFIA) of the Ministry of Interior.

The Government of the Islamic Republic of Iran is responsible for refugee registration and status determination, as well as the issuing of refugee identity cards known as Amayesh cards. These require renewal on a regular basis and enable refugees to access basic services as well as access to work permits.

Voluntary repatriation continues under the auspices of tripartite agreements signed by UNHCR and the governments of the Islamic Republic of Iran and Afghanistan. However, voluntary return has been witnessing a steady decline in recent years, largely due to continued instability in Afghanistan and Iraq.

refugees in Iran, UN work in Iran, UNHCR, Volker Türk May 30, 2018
A Look at Iranian Newspaper Front Pages on May 30
Iran’s South Pars phase 14 to come to stream in winter