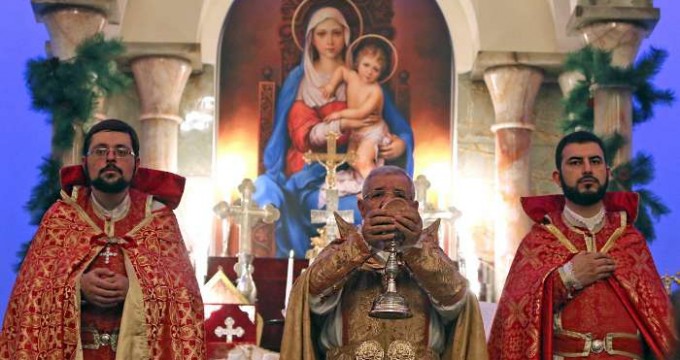 MNA – His Grace Bishop Krikor Chiftjian, Prelate of the Diocese of Iran’s Provinces of East and West Azerbaijan hailed the freedom of religious minorities in Iran and reassured that they enjoy equal civil rights with Muslims.

“The point, that ethnic and religious minorities enjoy equal civil rights with what Muslims have, shows that civil rights are observed in Iran and this issue should be known by the world,” said His Grace Bishop Krikor Chiftjian, Prelate of the Diocese of Iran’s Provinces of East and West Azerbaijan on Tuesday.

The Iranian religious figure made the remarks in a meeting with Nasser Khodayari, the Director General of Cultural Ministry in West Azerbaijan Province of Iran.

The Armenian senior religious leader described Iran’s Leader Ayatollah Khamenei and the founder of the Islamic Republic late Ayatollah Khomeini as the axes of unity among different religious and ethnic communities of Iran.

“Religious minorities have always been along with their Muslim bother in defending the causes of the Islamic Establishment,” he added.