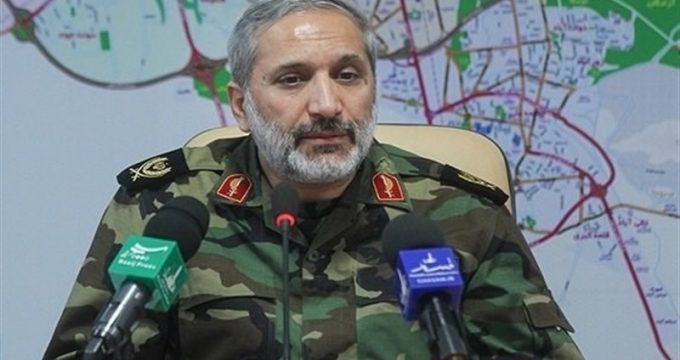 Speaking to reporters at a press conference in Tehran on Monday, Brigadier General Mohammad Reza Yazdi highlighted measures taken to ensure the security of pilgrims attending ceremonies due to be held next week in the capital, Tehran, to mark the 29th anniversary of the demise of Imam Khomeini (RA).

“We are not worried about security issues but we know that our enemies’ malice does not have limits; so we have made all (necessary) security and defense preparations,” the commander said.

“We arrested two (terrorist) teams that were poised to create insecurity,” he said, adding, “We think that the enemies are aware of the level of our readiness and that they will be stopped by a slap in the face.”

On June 7, 2017, Daesh (ISIS or ISIL) terrorists launched simultaneous attacks on Iran’s parliament building in downtown Tehran and on the mausoleum of Imam Khomeini.

The attacks left 17 people dead and more than 40 others wounded.

All of the five gunmen directly involved in the attacks were killed by the security forces.

Every year, large crowds of Iranians travel to Tehran from different parts of the country to pay tribute to Imam Khomeini at his shrine.