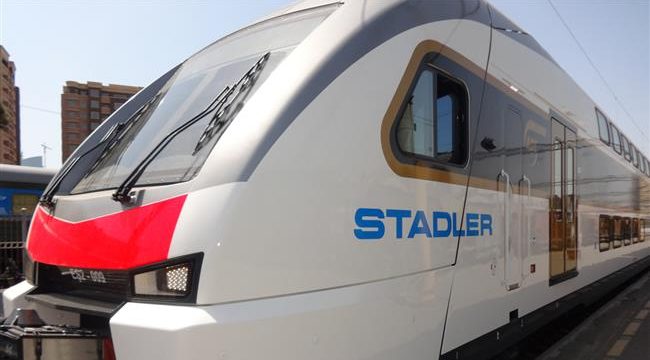 Press TV- The Swiss firm Stadler Rail says it is disappointed that it has to ditch a $1.4 billion railway deal in Iran because of US President Donald Trump’s decision to reimpose sanctions on the Islamic Republic.

The rail group signed a letter of intent in Tehran at the end of February to deliver 960 subway cars, even though it later denied any deal or decision and called it merely a public tender.

The Swiss embassy in Tehran had said on Wednesday that Stadler would put the wagons in service from the end of 2020 in the Iranian capital and its western suburb of Karaj.

Stadler Rail officials, however, have admitted in a recent interview that they were in pole position to carry out the project after signing the deal with the Industrial Development and Renovation Organization of Iran (IDRO).

“The whole thing was exclusive, we were the only company with such a contract,” Stadler Rail sales chief Peter Jenelten told Swiss German-language daily newspaper Blick in remarks published on Monday.

Swiss State Secretariat for Economic Affairs (Seco) has already issued the export license and the Swiss Export Risk Insurance (SERV) is also on board, the report said.

Under normal circumstances, the rail vehicle manufacturer would hardly have been able to accept the contract, but “we had to put the project on hold,” Jenelten said.

He believes that the deal is lost until a miracle happens. “The only hope for us and the Swiss railway industry is that Donald Trump suddenly changes his mind and sanctions are abolished again.”

Key European governments are currently deciding how to address American sanctions against Tehran which has given them “weeks” to come up with a package of economic measures to offset the US pullout from the nuclear deal.

The European Commission this month launched “the blocking statute” process to protect Europeans from US sanctions on Iran as part of efforts to preserve the nuclear deal with Tehran.

But Jenelten, who is also president of the industry association Swissrail, does not believe that the countermeasures of the European states could save the billion-dollar deal with Iran.

“So far, the Europeans have never managed to outdo the US,” he said, stating that as long as the dollar remained the most important currency of the world, the US would have the power.

According to Jenelten, “the craziest thing about the story” it that US sanctions should benefit Russia and China in the first place.

“The Iranians cannot wait forever. That’s why the Chinese are likely to take the subway order away from us.”

He is disappointed. “The Swiss railway companies have invested heavily in the Iranian market. It is frustrating that all these efforts have now been for nothing,” Jenelten said.

Iran’s rail sector has become a magnet for rail engineering and rolling stock firms from all over the world. The country plans to become a transport hub in the heart of Eurasia where regional countries have drawn up their own development strategies.

A Wednesday report said Sinomach had signed a contract worth 5.35 billion yuan to build a train line in western Iran.

Iranian officials have announced plans to invest $25 billion over the next 10 years in the modernization and expansion of the country’s railway network.

The Export-Import Bank of China (EXIM) has signed a $1.5 billion deal to finance the electrification of a high-speed rail line being built by Chinese companies between the Iranian cities of Tehran and Mashhad.

In March, Iran’s rail industry got a fresh boost from China’s dedication of $845 million to build a train line connecting Tehran to the western cities of Hamadan and Sanandaj.

China’s CRRC Nanjing Puzhen Rail Transport has signed a contract with IDRO to supply 450 metro cars for the Iranian cities of Ahvaz, Tabriz and Shiraz.

Another Chinese company has signed a deal to build railway between the cities of Shiraz and Bushehr in the country’s south with $700 million of investment.

#IranDeal, Stadler Rail, US withdrawal from JCPOA May 29, 2018
VP Jahangiri: Enemies plot to harm Iran’s economy
How will the US nuclear deal pullout affect Iran’s economy?