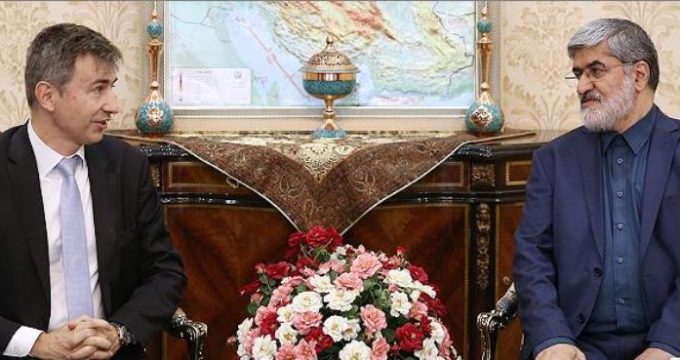 Swiss envoy: JCPOA cause of peace, stability in region

IRNA – Swiss Ambassador to Iran Markus Leitner said on Monday that the exit of the US from the JCPOA caused tension and said that continuation of JCPOA deal may lead to the establishment of peace and stability in the region.

He made the remarks in a meeting with Vice-Speaker of Iranian Parliament Ali Motahari.

Leitner said confidence and reciprocal respect between Switzerland and Iran have helped to consolidation and strengthening of politico-economic relations between the two states.

He underlined the need for continuation of cooperation among food and medicine companies of the two countries.

Motahari pointed to age-old friendly ties between the two nations, and said that a positive mentality have always been in Iranian public opinion concerning Swiss, which could be a suitable support for development and expansion of politico-economic ties, especially parliamentary relations.

He criticized the US decision to exit from the JCPOA and said that JCPOA deal was an international agreement, and said, ‘The European states should resist the unilateralism of the US by preserving the nuclear agreement.

It is expected that Switzerland, as an important European state, will adopt independent policies despite the US pressures.