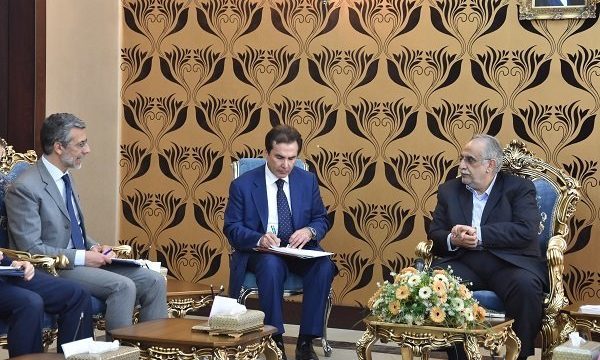 MNA – Italian Ambassador to Iran Mauro Conciatori highlighted that his country will remain committed to Joint Comprehensive Plan of Actions (JCPOA) and tries to continue bilateral ties as before.

He made the remarks in a meeting with Iranian Minister of Finance and Economic Affairs Masoud Karbasian.

Talking about the status of JCPOA after US pullout, the Italian envoy said that Italy is determined to guard the deal.

He went on to say that signatories of the deal and the international community are showing positive political and economic attempts to save JCPOA.

Karbasian, for his part, stressed that Iran has always adhered to this international deal and International Atomic Energy Agency (IAEA) and other signatory states have repeatedly confirmed it.

Describing JCPOA as a “strange phenomenon,” he added, “seven major nations of the world, along with the UN Security Council, reach a collective agreement and it even turns to a UN resolution, and all members of the treaties and observatories confirm Iran’s commitment to action, but suddenly one of the committed countries withdraws from it unilaterally.”

“In our opinion, this is an attempt to undermine the efforts of Iran and all the involved countries in reaching an agreement after few years of negotiation,” he said, adding, “if European parties are determined, JCPOA can continue despite the will of United States.”

Fortunately, other signatory states including Italy have clearly understood this situation and positive talks are taking place to preserve JCPOA, the Iranian minister added.

Iran-Italy ties, Masoud Karbasian, Mauro Conciatori, US withdrawal from JCPOA May 29, 2018
Oxford teenager to represent UK at ‘science olympics’ in Iran
Russia, US and Jordan to meet in southern Syria amid tensions: RIA