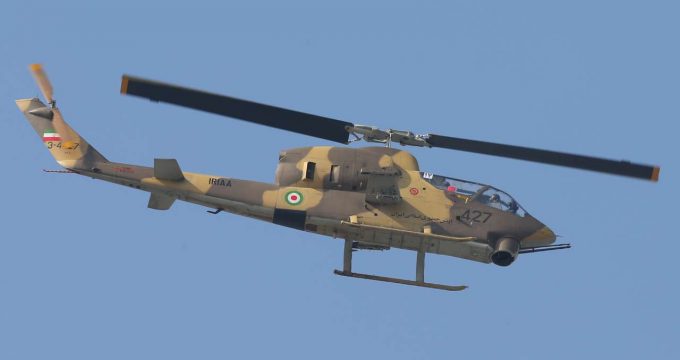 “Our capabilities are very high in the combat field and we have attained the goals and strategies that we had specified. We have modernized our helicopters with the state-of-the-art equipment and met our needs to the modern equipment,” General Qorbani said on Monday.

He, meantime, stressed that the Iranian Armed Forces are not after initiating war against other countries but are completely prepared to defend their homeland with maximum combat power.

In relevant remarks last month, General Qorbani announced that the country’s helicopters had been equipped with night-vision systems.

“Our dear experts in the air industry have had a highly successful performance and have equipped our helicopters with night-vision systems,” General Qorbani said.

“We have also become fully indigenized in the field of long-range missile systems. Turning ground-based missiles to air-based missiles and enjoying the best fire-and-forget missiles are among other achievements of the Army Airborne Unit,” he added.

General Qorbani underlined that Iran is among the pioneering states in developing helicopters with the capability of fighting electronic warfare, targeting guided missiles, interception of targets from distance and using cruise missiles.