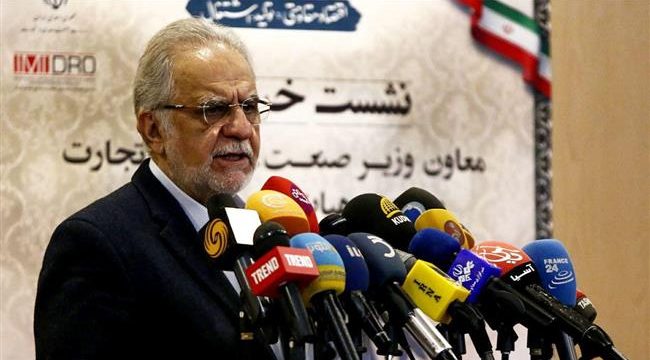 Press TV- Iran says Russia has announced readiness to invest in its mining industry in what could be a clear defiance to US President Donald Trump’s agenda to bar investments in the economy of the Islamic Republic.

Mehdi Karbasian, the chairman of the Iranian Mines and Mining Industries Development and Renovation Organization (IMIDRO), was quoted by the media in Tehran as saying that Russia’s UMMC Holding has started negotiations to participate in projects to increase Iran’s production of strategic metals such as copper, zinc, and gold.

Karbasian said a good potential existed for cooperation with the UMMC given the wide range of the activities in which the Russian company was involved.

He added that the required funds for such cooperation would be provided from a credit of €2.5 billion that Russia has allocated for Iran.

The official further emphasized that UMMC Holding could be involved in the development of Mehdiabad Zinc Mine which he described as Iran’s biggest such mine and one of the largest internationally.

Mehdiabad, a zinc, lead and silver deposit, has 154 million tonnes of proven reserves, according to IMIDRO, which expects the reserves to reach up to 700 million once exploration is completed.

According to media reports, the mine has zinc ore grades of between 2 to 4 percent, meaning 800,000 tonnes of zinc conentrate a year would add between 16,000 to 32,000 tonnes of refined zinc to the 13.7 million tonne per year global market.

Elsewhere in his remarks, Karbasian said a plan was on the agenda of the National Iranian Copper Industries Company (NICIC) to increase its production of copper cathodes to 440,000 tonnes per year in which he said Iran hoped the UMMC would be involved.

He said conducting exploration operations for new gold mines was also a priority for cooperation with the Russian company.