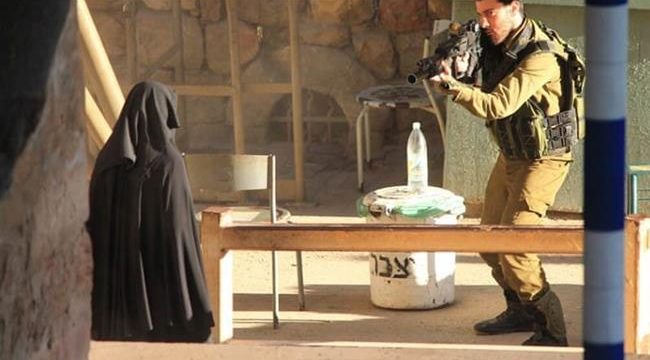 Press TV – Israeli forces have shot and injured a deaf Palestinian woman in Jerusalem al-Quds over her alleged refusal to heed calls by cops to stop.

Israeli police said that they opened fire at the woman near the residential neighborhood of Pisgat Ze’ev in Jerusalem al-Quds on Sunday, claiming that the shooting took place after she did not heed calls to stop.

Palestinians said the woman is deaf, that is why she didn’t respond.

A video of the incident showed the woman was shot along the light rail tracks.

“A short while ago a suspect approached by foot along the train tracks from the area of Beit Hanina toward Pisgat Ze’ev, and was noticed by civilians and security guards who alerted Border Police soldiers who were nearby,” Israel’s police said in a statement on Sunday night.

“The woman,” the statement added, “was fully clothed in black attire that also covered her face.”

According to the statement, policemen shot the woman after she allegedly ignored police calls, suspecting she was carrying an explosive device.

Police later found that the woman was not carrying any weapons. She was transferred to a hospital with injuries to her legs.

The occupied Palestinian territories have witnessed a new wave of tensions ever since US President Donald announced his decision on December 6 to recognize Jerusalem al-Quds as Israel’s capital and relocate the US embassy in Israel from Tel Aviv to the occupied city.

Israeli forces killed at least 62 Palestinian protesters near the Gaza fence on the eve of the 70th anniversary of the Nakba Day (Day of Catastrophe), which coincided with the relocation of the US embassy.

More than 2,700 Palestinians were also wounded as the Israeli forces used snipers, airstrikes, tank fire and tear gas to target the demonstrators.