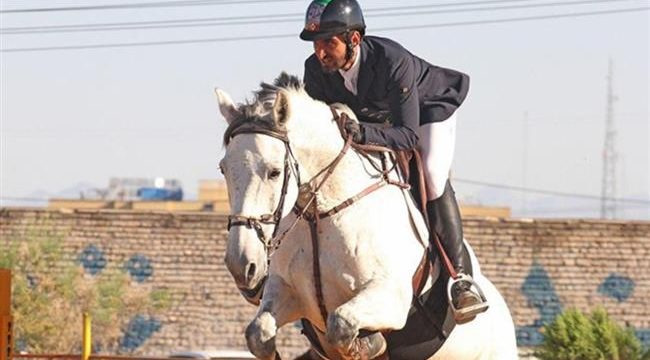 Ravanbakhsh took part in the CSI4* Wiesbaden clash with barrage finale at 140cm, and finished in the second spot overall to clinch a silver medal.

The Iranian horseman also fought a battle in the 145cm class of the CSIU25 EY Cup Final, where trotters from Germany and South Korea were also in attendance.

Ravanbakhsh was able to pick up a third-place finish at last.

Moreover, the Iranian sportsman claimed the second place in the 140cm category of the CSIU25 EY Cup.

Germany’s Hendrik Mader was awarded the yellow medal, while Tina Salkova from the Czech Republic settled for the bronze.