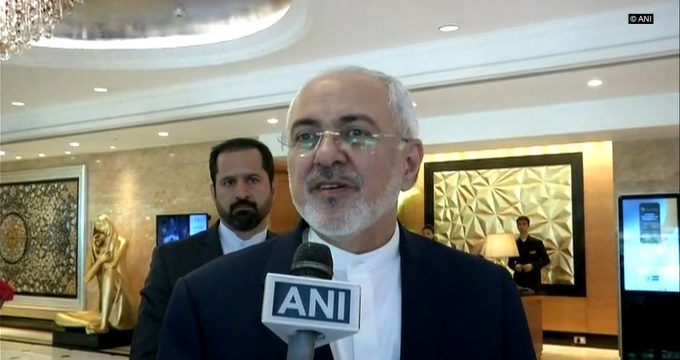 Business Standard– Iranian Foreign Minister Dr Mohammad Javad Zarif, who arrived here on Monday on a one-day visit, stressed upon the idea of strengthening relations shared by the two countries.

“We (India and Iran) have had very good relations in the past and we expect to continue these relations. We will have a number of meetings today and we will work on expanding the very good relations that we have with India,” Iranian Foreign Minister Mohammad Javad Zarif told ANI in Delhi.

During his visit, Foreign Minister Zarif will call upon Minister of External Affairs Sushma Swaraj at the Jawahar Lal Nehru Bhawan.

Both the leaders are expected to hold discussions on several bilateral issues.

This comes after the United States President Donald Trump pulled out of the Iran nuclear deal officially known as Joint Comprehensive Plan of Actionm, which limited Iran’s uranium enrichment in exchange for sanctions relief.

The Ministry of External Affairs later issued a statement on May 10 saying it will take necessary steps to safeguard India’s interest with respect to Iran’s nuclear deal.

“We will take necessary measures to safeguard our interest. It is too early to come to a conclusion on implications of US withdrawing from JCPOA,” MEA official spokesperson Raveesh Kumar said.

Foreign Minister Zarif has been visiting leaders of several countries to discuss the future of Iran nuclear deal including meeting the European Union, British, French, and German counterparts in Brussels.

The European Union had been trying to salvage the nuclear deal.

The Iran nuclear deal was signed between six countries in 2015 – Iran, the US, Britain, Germany, Russia, France and China for lifting economic sanctions on Tehran in exchange for limitations to the country’s nuclear programme.

Further among the key issues between India and Iran is the development of Chabahar port.

Earlier on March 15, India issued a statement saying that Iran is free to choose partners for developing Chabahar Port.

It came after Iran invited China and Pakistan to participate in the development of the strategic Chabahar Port and extended support to the right of self-determination for the people of Jammu and Kashmir.

(This story has not been edited by Business Standard staff and is auto-generated from a syndicated feed.)