A Look at Iranian Newspaper Front Pages on May 28

Iran Front Page- IFP has taken a look at the front pages of Iranian newspapers on Monday, May 28, and picked headlines from 17 of them. IFP has simply translated the headlines and does not vouch for their accuracy.

Almost all papers today highlighted the remarks made by senior Iranian negotiator and deputy foreign minister, Seyyed Abbas Araqchi, who talked about the Iran nuclear deal and the re-imposing of US sanctions on Iran.

1- Rouhani: It Was a Mistake that Clerics Entered into Political Factions 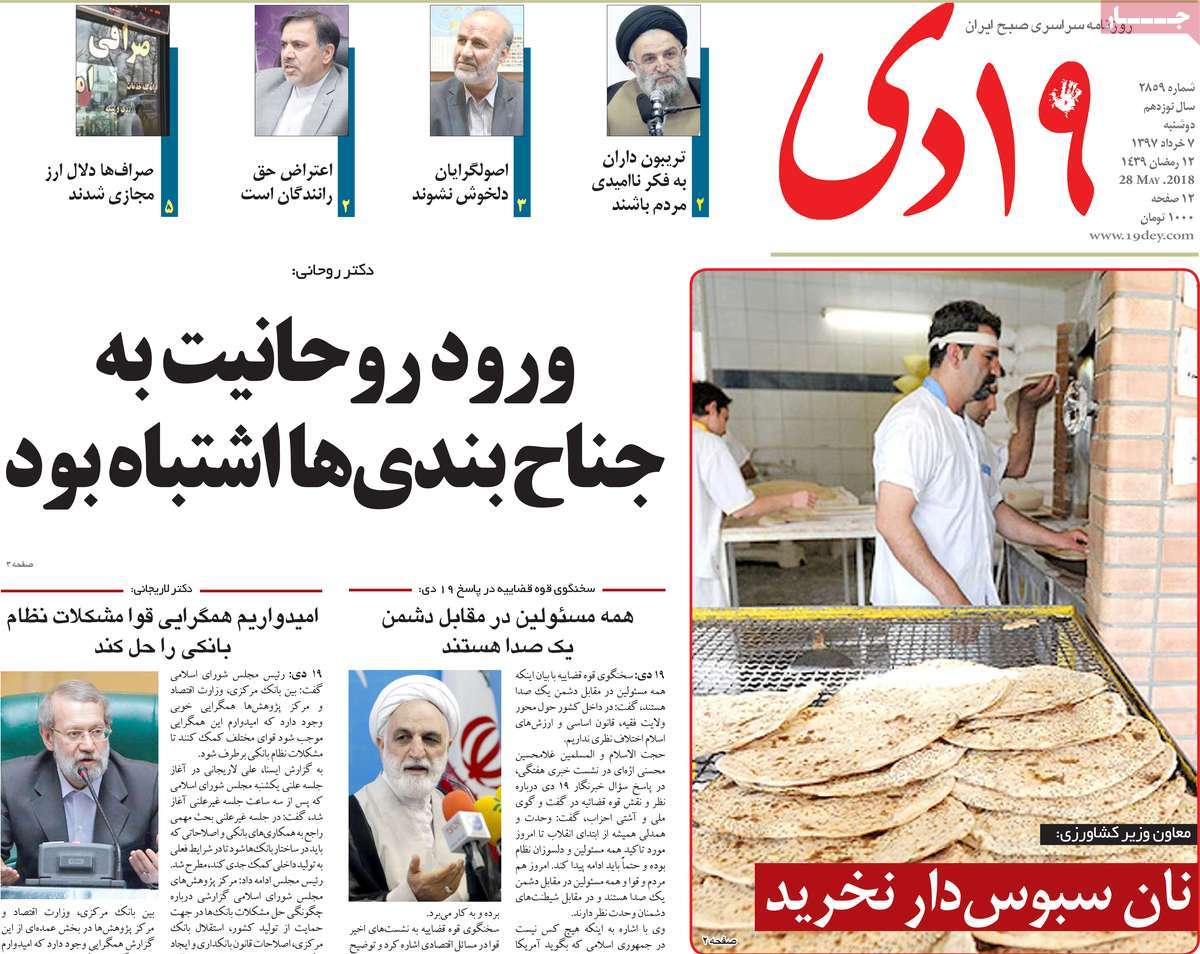 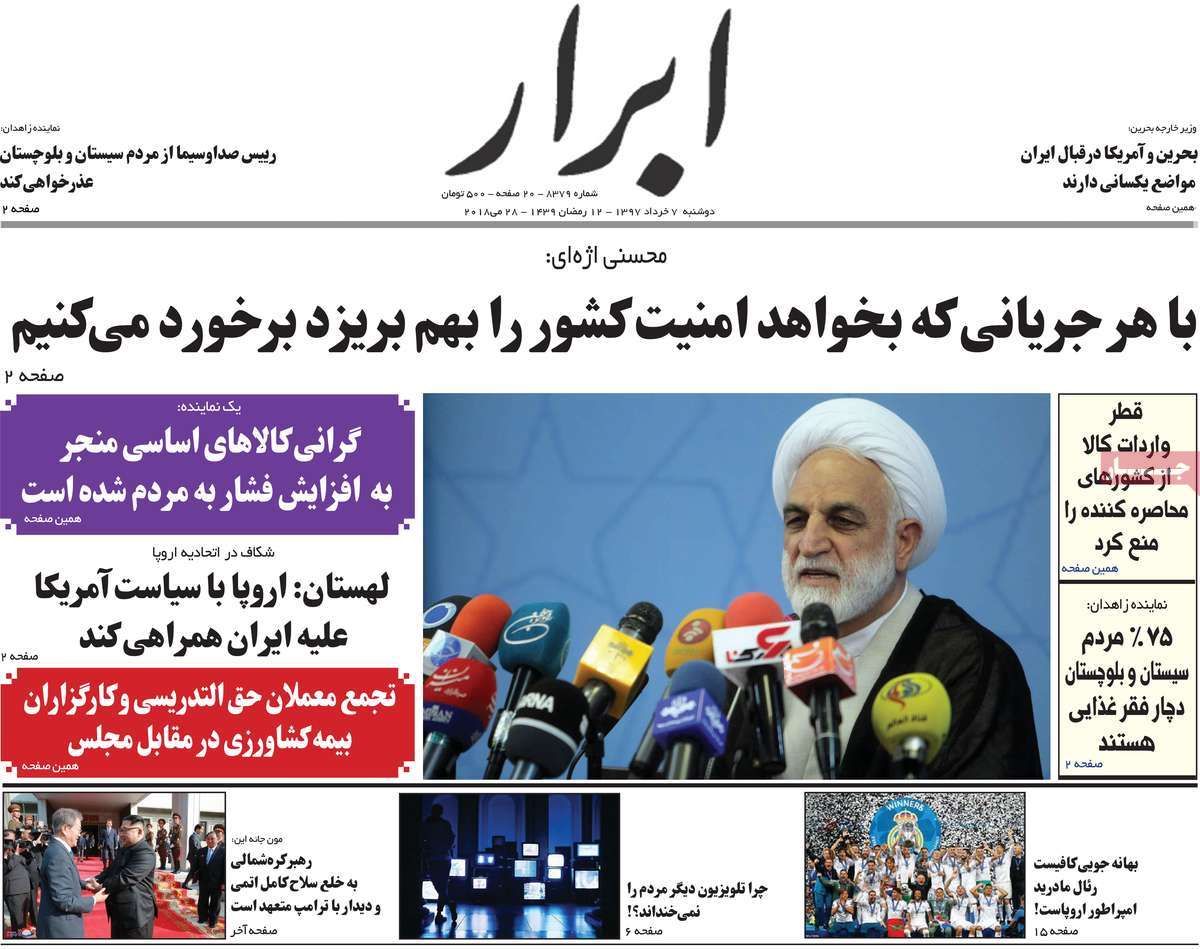 2- Psychological War against Iran President: Consequences of US Sanctions against Dena Airways 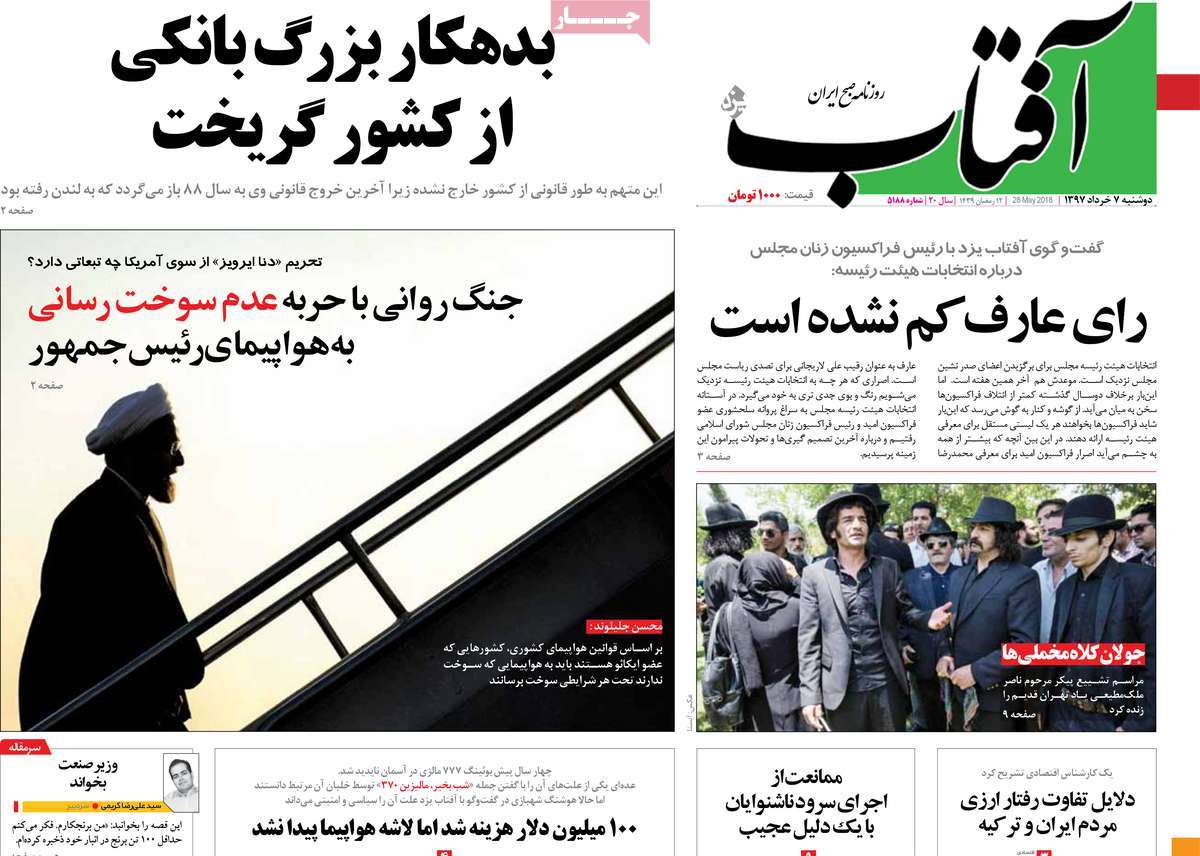 1- Where Do Iranians Make Their Investments?

3- Iran Has Given Final Ultimatum to Europe: Araqchi 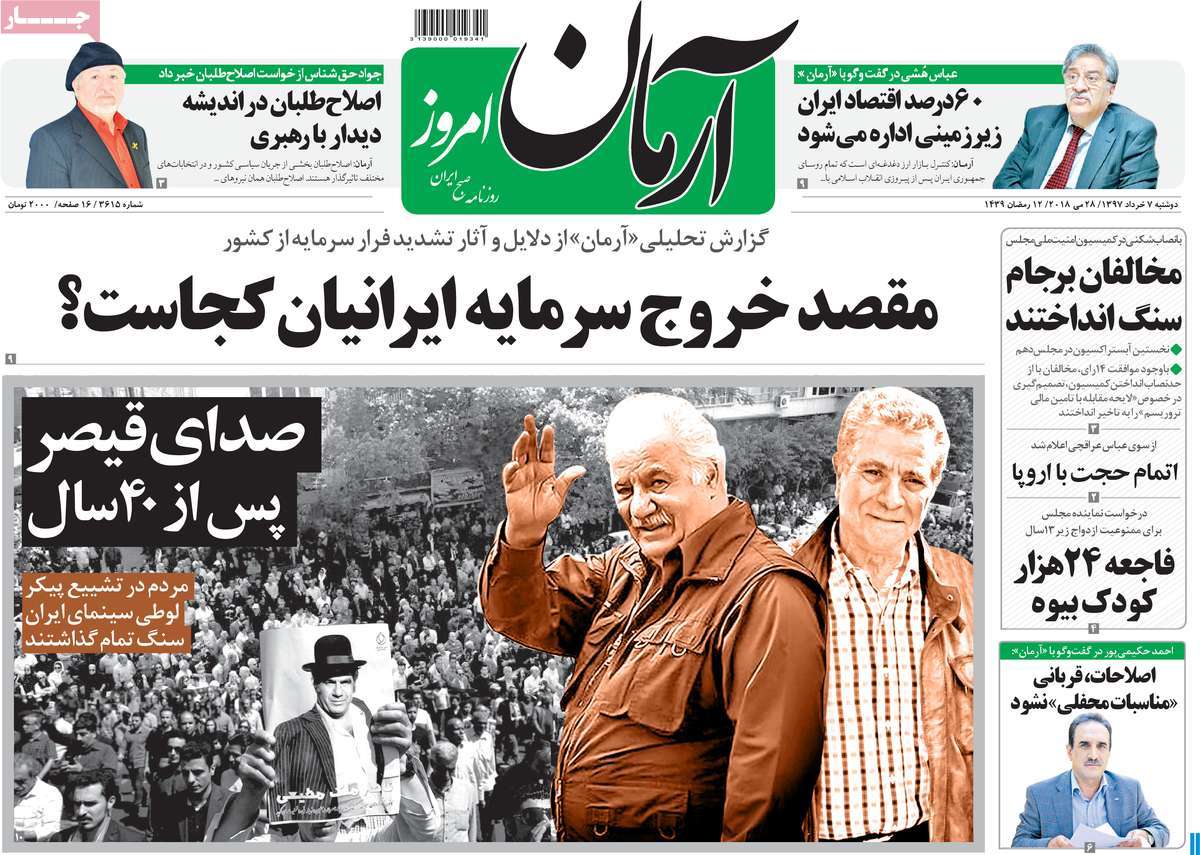 1- Araqchi: Iran to Stop Negotiations Once It Feels Europeans Dragging Their Feet 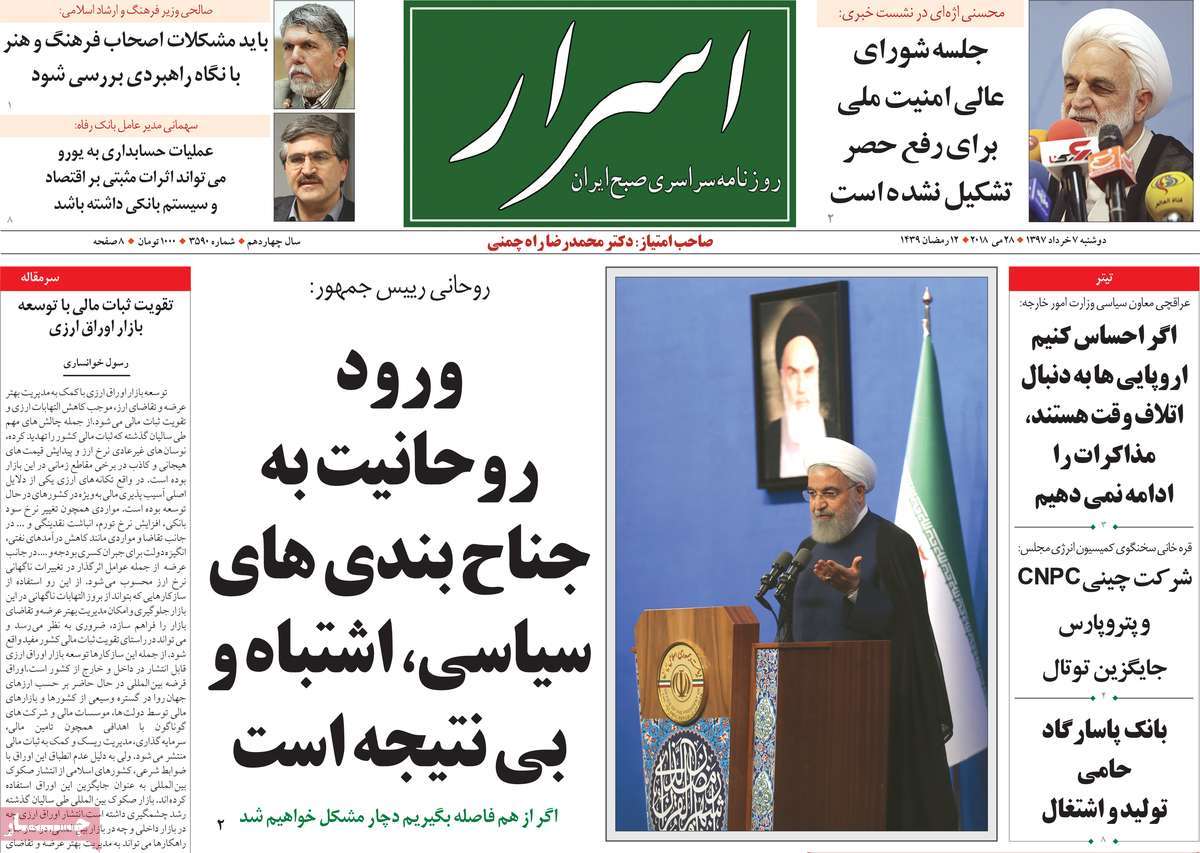 1- Against Macron: Protests in Paris Continue against Government’s Reforms 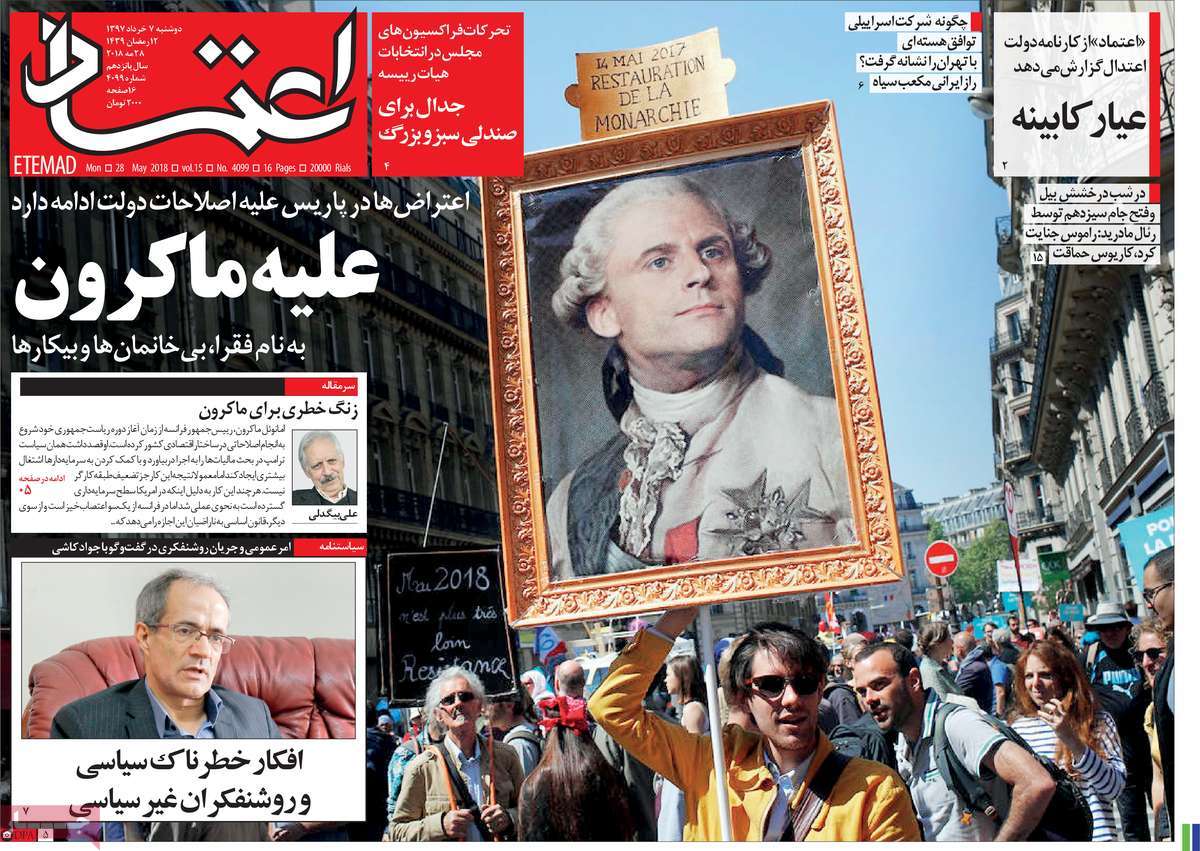 1- Zarif: We Won’t Remain in Iran Nuclear Deal If Europe Fails to Give Enough Guarantees

3- Shamkhani: Iran Not to Give in to US Excessive Demands 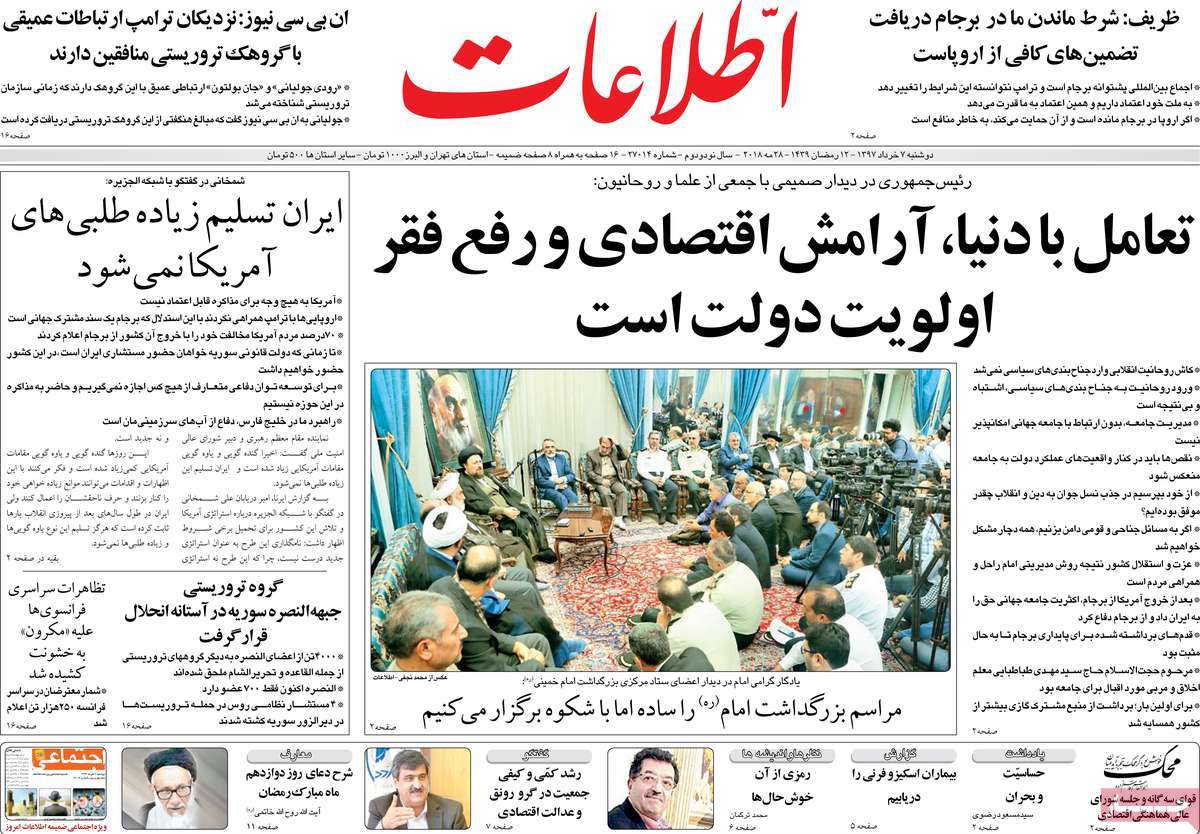 1- Rouhani: Sanctions Can Be Overcome If Private Sector Takes the Lead

2- 500 Female Prisoners Waiting to Be Released 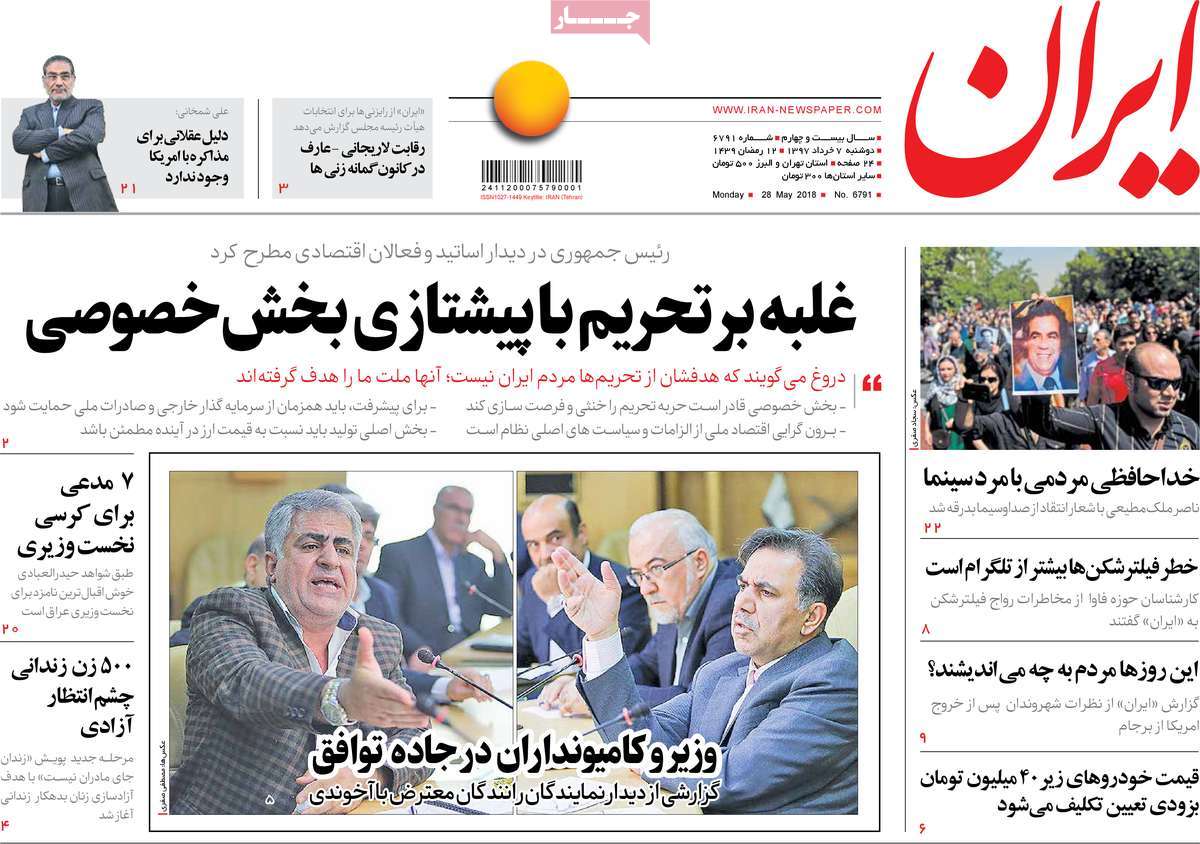 1- Iranian Economy without JCPOA, with People 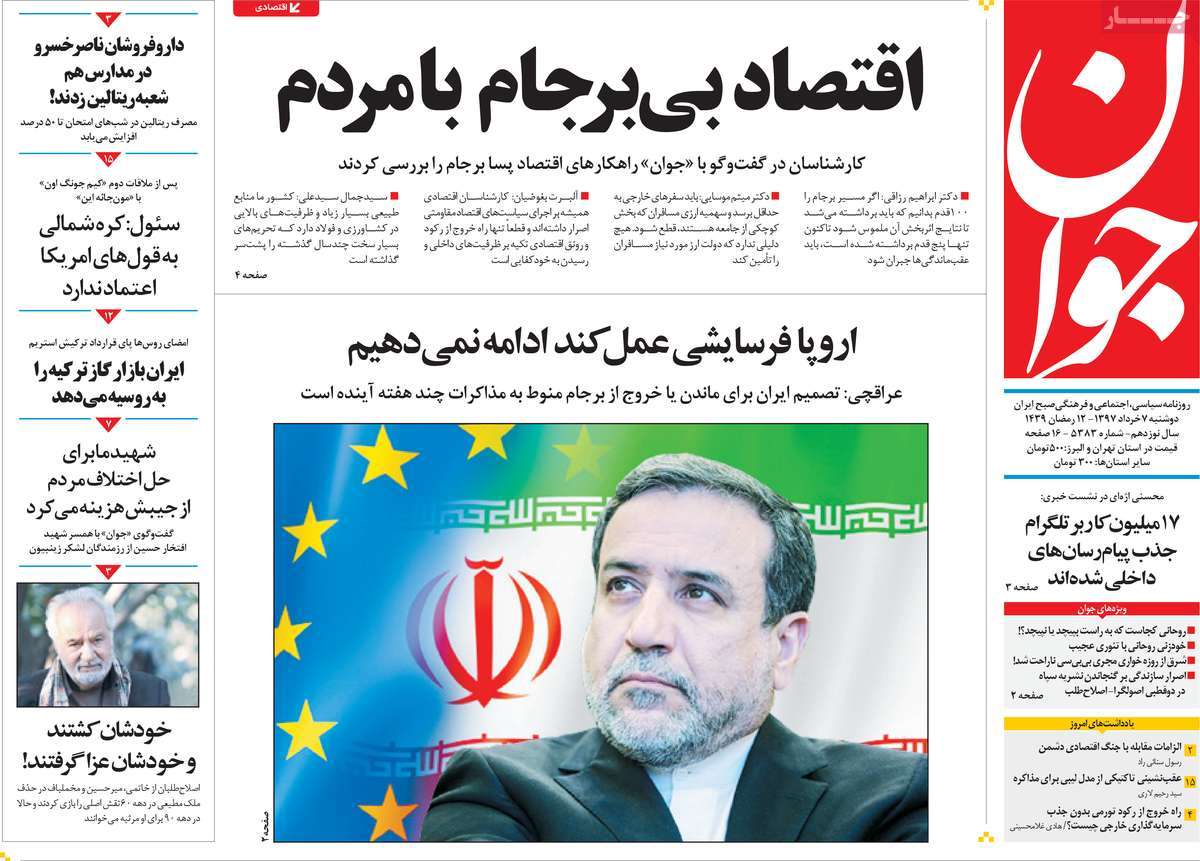 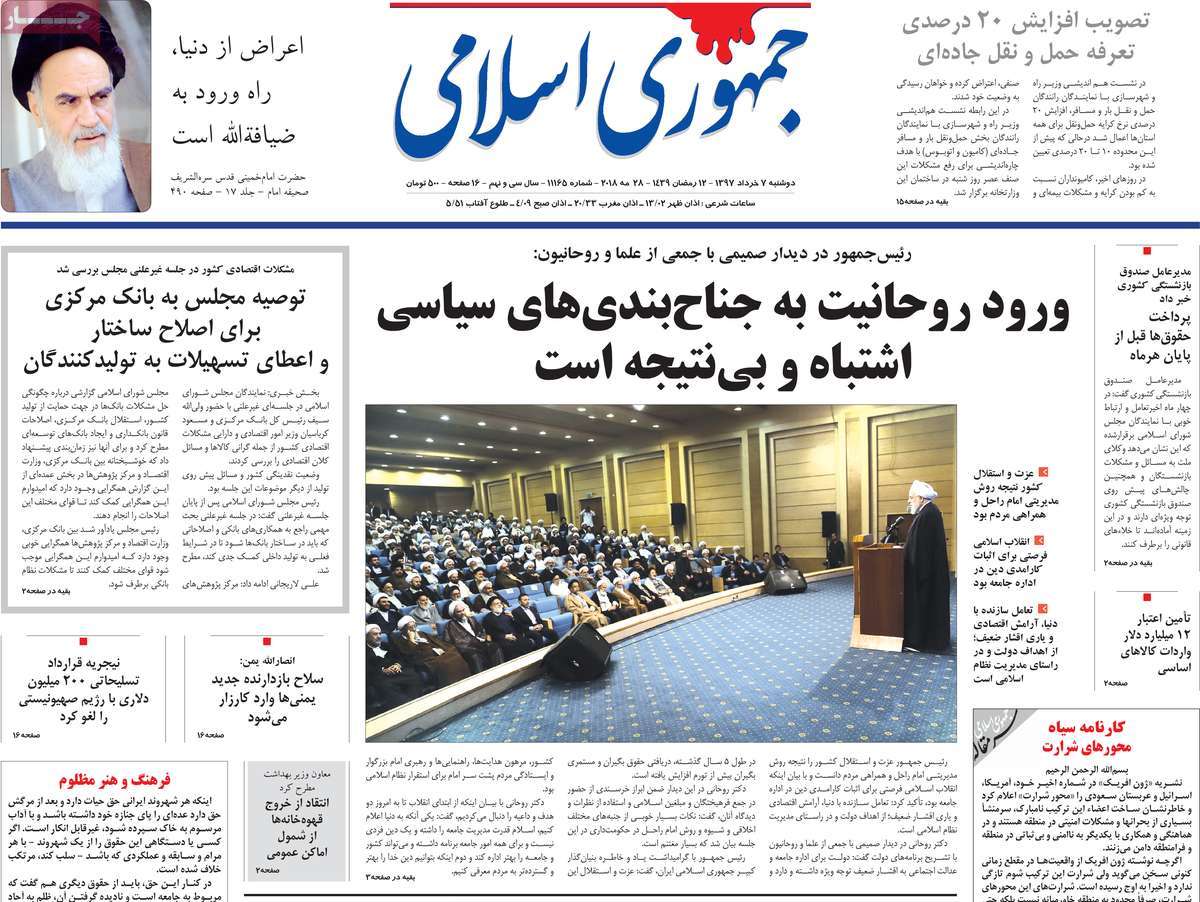 1- A Look at Dark Record of Europe: Long List of Europe’s Violation of Commitments 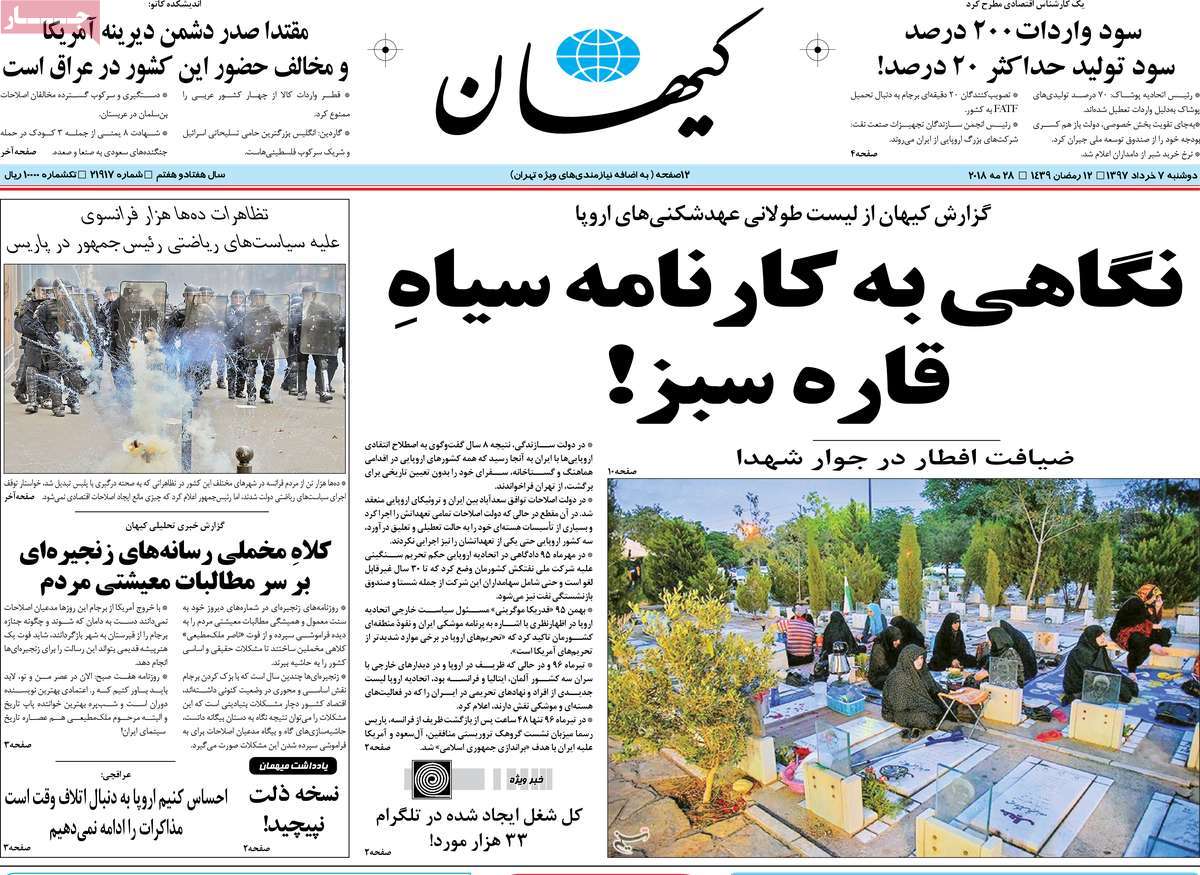 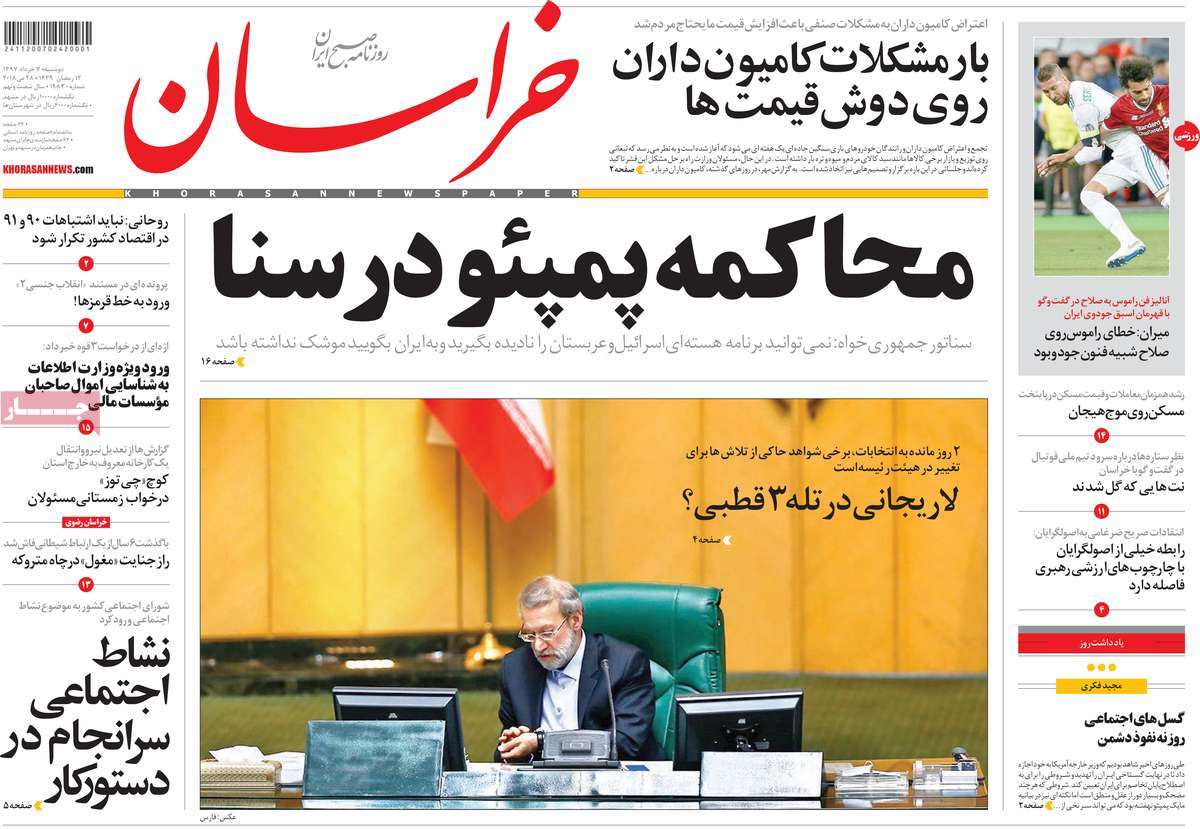 1- Shamkhani: US Strategy against Iran Based on Bullying, Shouting 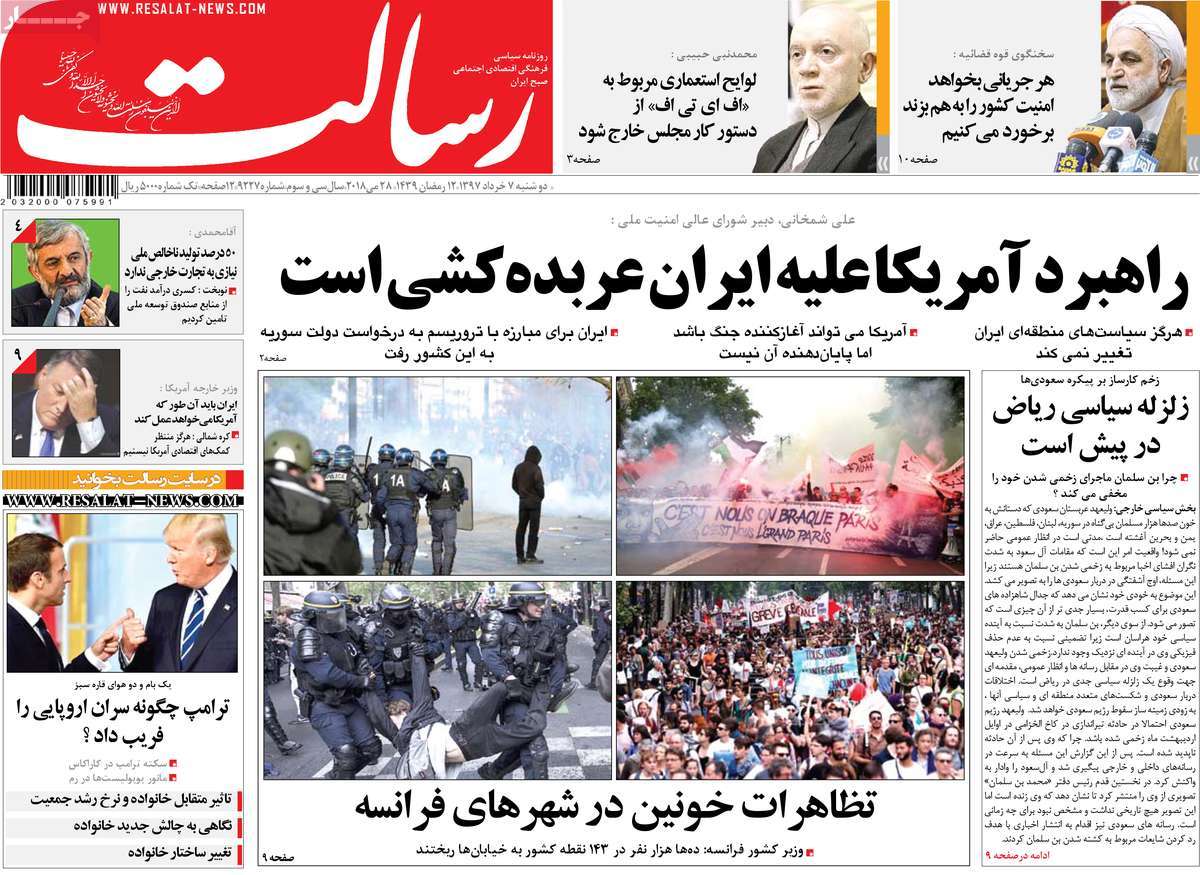 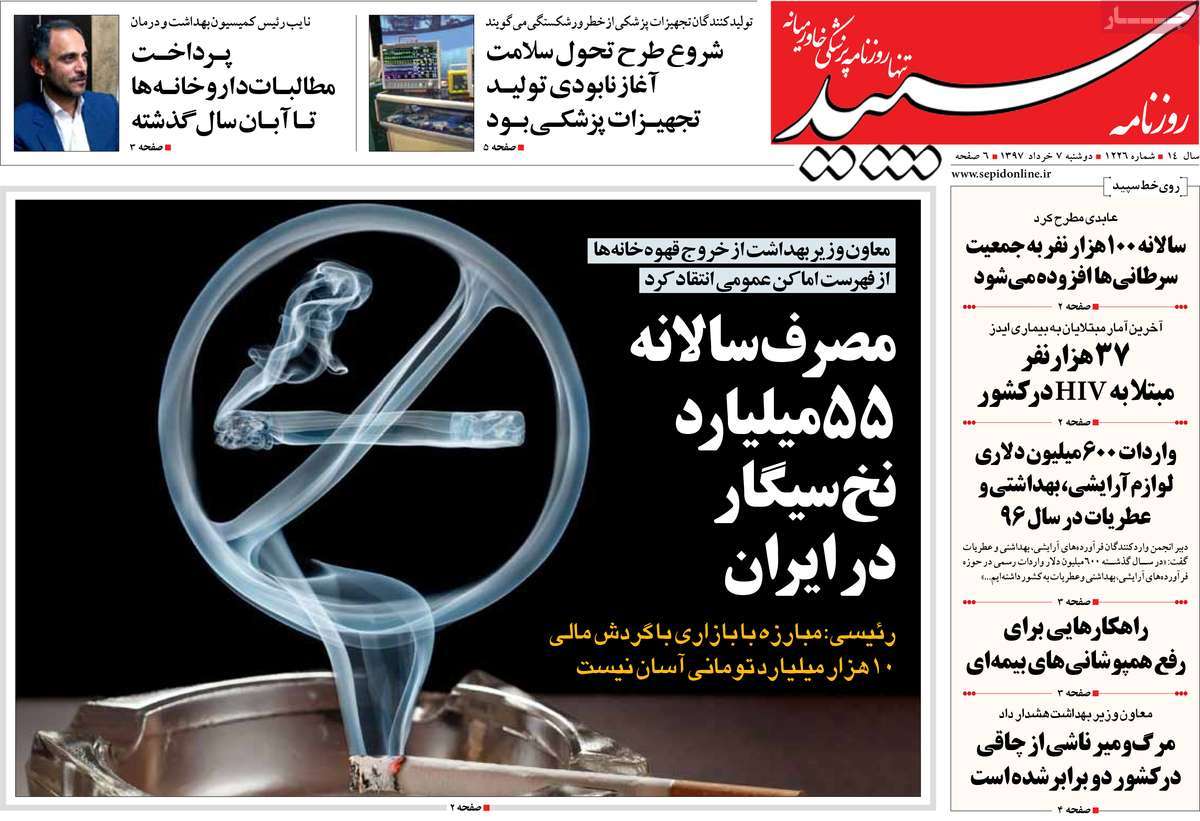 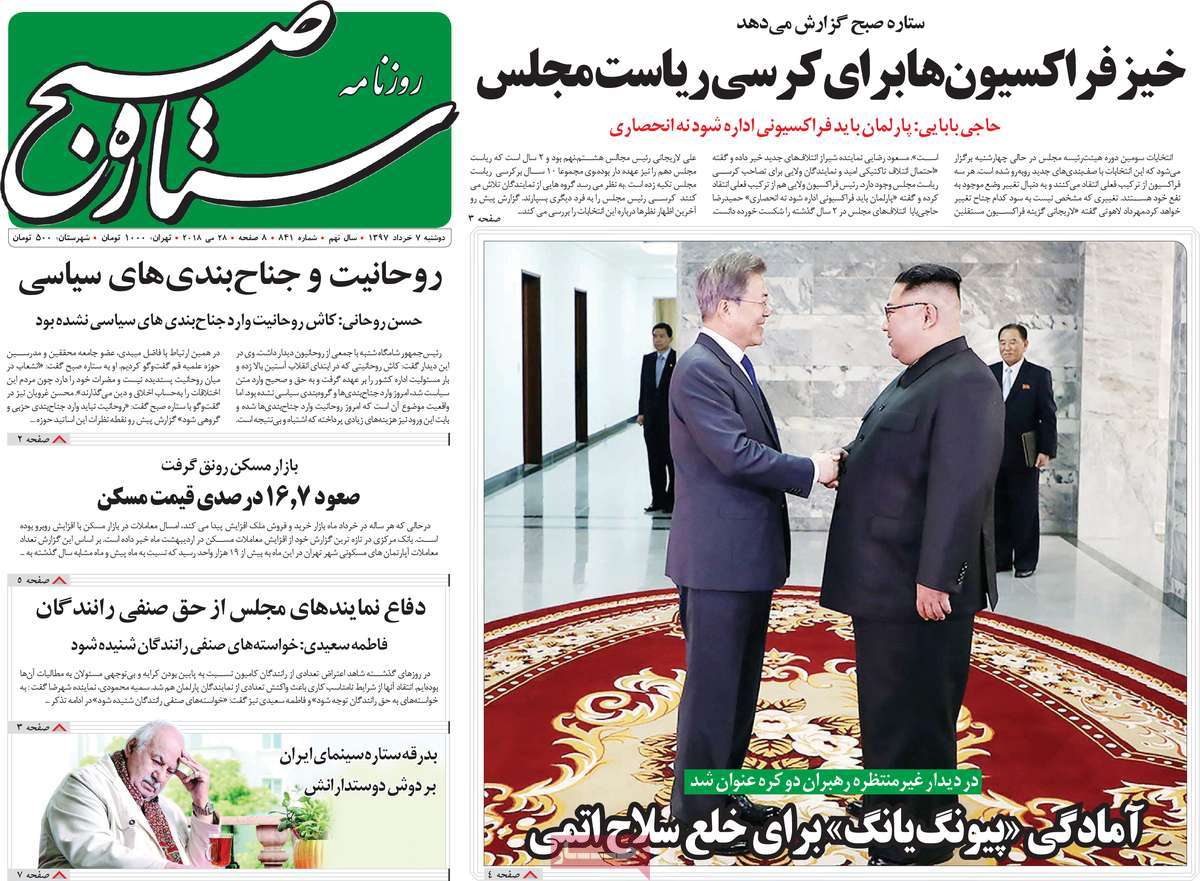 1- Shamkhani: We’ll Remain in Syria as Long as Damascus Wants Us 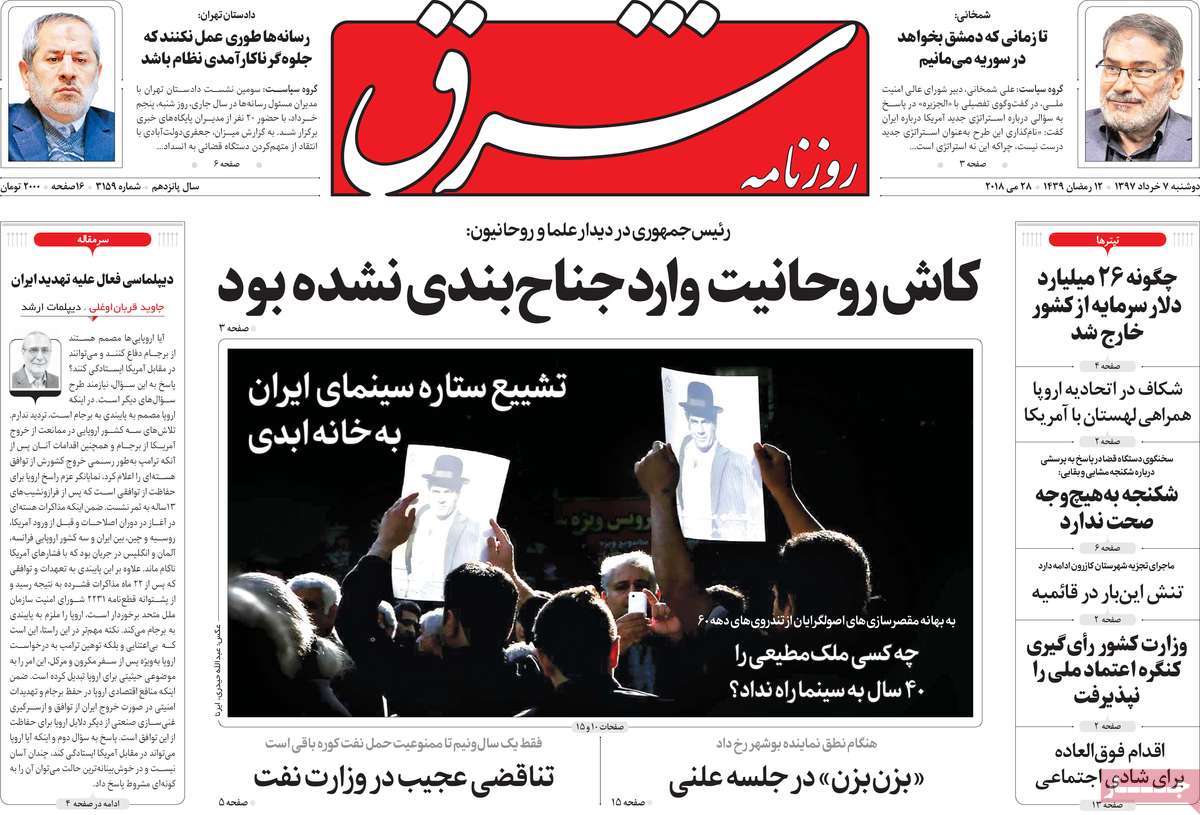 1- Maryam Smiles at French People’s Mocking of Her 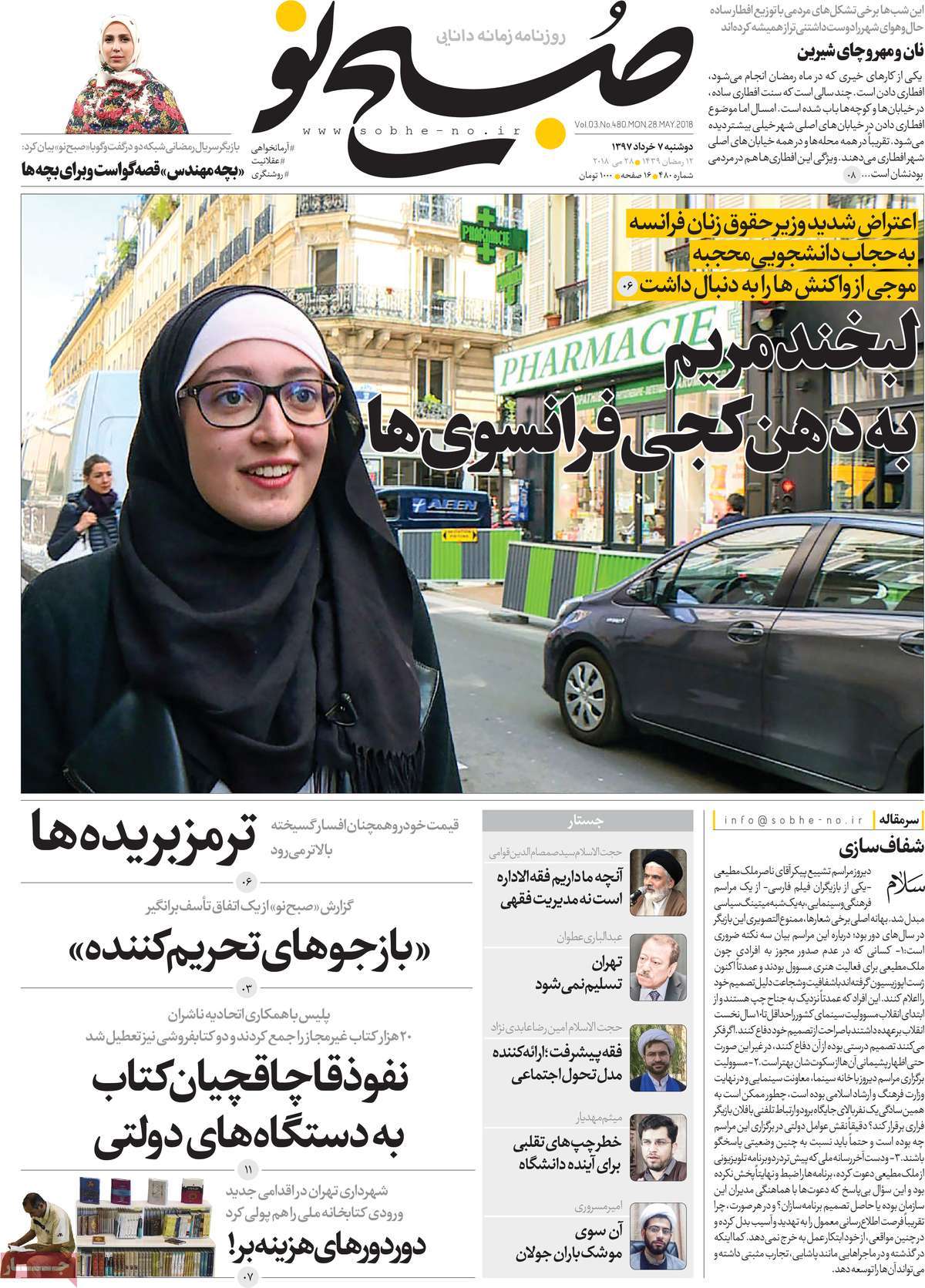