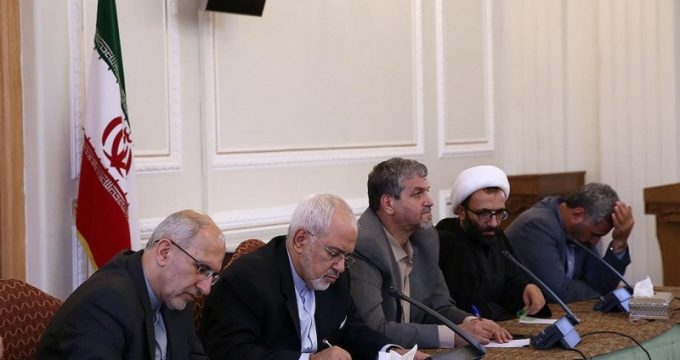 Zarif made the remarks in a meeting with members of Majlis (Parliament) diplomacy and national interests faction.

He referred to Iran nuclear deal, also known as Joint Comprehensive Plan of Action (JCPOA), as a great achievement for Iran which has been ratified by the United Nations Security Council (UNSC).

When nuclear talks started, an international consensus supported it, he said, adding that despite the US withdrawal from the deal just three Persian Gulf Littoral States and the Zionist regime of Israel are against JCPOA.

He reiterated that conditions proposed by US Secretary of State Mike Pompeo on Iran were not logical.

Despite the wide support of other countries of the JCPOA, we know that some supports are due to show opposition against violators of the international agreements.

He went on to say that relations in international arena are based on interests and trust or lack of trust has no place.

If Europe still supports Iran nuclear deal it is because of its interest, Zarif said, adding that Iran will stay in the JCPOA if it received enough guarantees.

‘We should try to remove obstacles on international banking and financial cooperation to reject US and enemies’ pretexts,’ he said.

He also pointed to modifying anti-money laundering law, Iran accession to The United Nations Convention against Transnational Organized Crime (UNTOC) and the International Convention for the Suppression of the Financing of Terrorism.