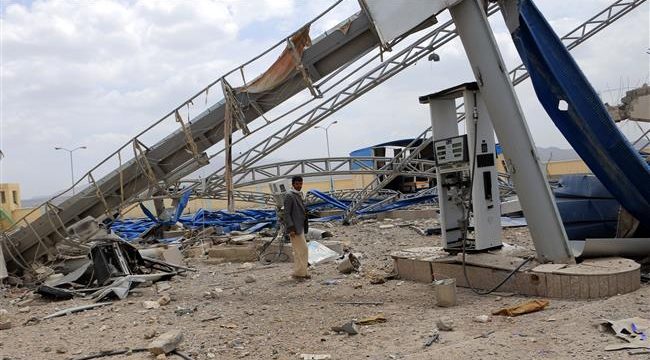 Press TV – At least four people are believed to have been killed and at least ten wounded after an airstrike allegedly carried out by the Saudi-led coalition in Sana’a, on Saturday.

According to Yemeni officials, the Saudi-led coalition launched an airstrike, targeting a gas station affiliated to a state-run oil company in Yemen’s capital. Earlier in the day, eight other airstrikes were reportedly carried out in Hodeidah province, hitting the communications networks in Salif city.

The Saudi-led bombing campaign continues in Yemen with US backing, with casualty figures exceeding 16,200 people since the beginning of the conflict in March 2015.

A reported 40,000 have been injured and more than two million people have been displaced.

The war devastating Yemen is now in its fourth year, with human rights organisations repeatedly accusing the Saudi-led coalition of targeting civilian areas.