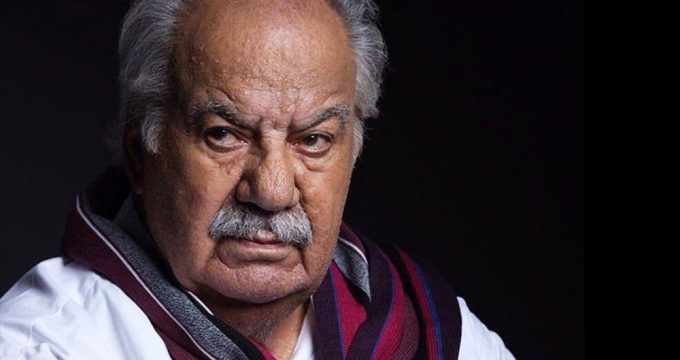 Financial Tribune- Iranian actor Nasser Malek Motiee passed away on Saturday at Atieh Hospital in Tehran at the age of 88.

Malek Motiee was hospitalized last week due to kidney failure and dyspnea. After a few days he was feeling better so he was discharged on Friday and was taken to his daughter’s house. However, he unexpectedly died of cardiac arrest on Friday evening, Cinema Daily reported.

He made his debut in cinema at age 19. After seven years of acting in films and getting into form, he started performing in theatrical plays.

Malek Motiee directed eight films (and also acted in them), out of which he wrote the screenplay for four and produced one.

“Qeysar” directed by Masoud Kimiaei in 1969 and “Towqi” by Ali Hatami in 1970 are among his most popular films.

After the 1979 Islamic Revolution, he was banned due to the new strict conditions and restrictions dominating the local film industry at the time.

During the 40 years after the revolution, he only performed in two films. First he played in “The Imperiled” directed by Iraj Qaderi in 1982 but his next performance came after a 34-year hiatus when he appeared on screens with “Negar’s Role” directed by Ali Atshani in 2016.

“I cannot describe how pleased I am that I have appeared in cinema again,” Malek Motiee said after his last film was released. “I was the bad boy of cinema, who has now returned home. I do not know how to express my happiness in the manner a child would.”

“For years I was far from cinema. It was like I was far away from my beloved. I always thought about it, and now I do not know whether it will accept me or not,” the late actor had said.

When he was away from cinema he opened a confectionary and managed it for 12 years and later moved to a real estate agency.