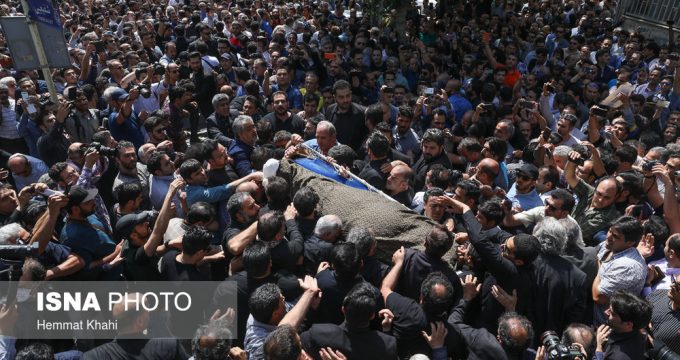 IRNA – Thousands of Iranians have attended a funeral ceremony on Sunday to bid farewell to the Iranian actor, director and producer Nasser Malek-Motiei, who passed away in Tehran yesterday.

Iranian artists, cinema and theater lovers as well as people gathered on Sunday at Cinema House in Tehran to attend the funeral ceremony of Malek-Motiei who passed away at the age of 88.

Born in Tehran, he was hospitalized a few days ago due to kidney and respiratory disorders.

He starred in films and television shows including ‘Qaysar’, ‘Vagabond’, ‘The Enchanter’, ‘The Crossroad of Events’, ‘Accusation’, ‘Seventeen Days to Execution’, ‘Broken Spell’, ‘The Runaway Bride’, ‘The Twins’, ‘Woman’s Enemy’, ‘The Calm Before the Storm’, ‘The Stars Glitter’, ‘The Strong Man’ and ‘Bitter Honey’.