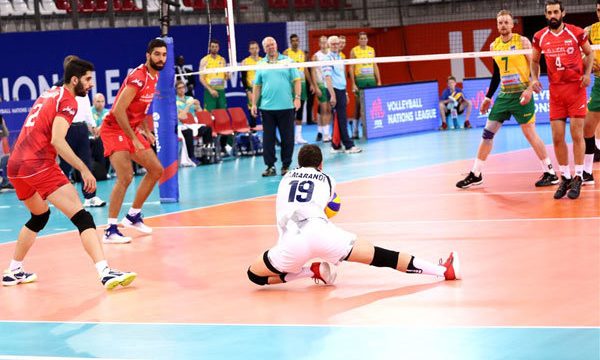 The national Iranian men’s volleyball team swept past Australia in straight sets (25-23, 25-23 and 25-23) in their second match in the 2018 Volleyball Nations League on Saturday in France.

Iran lost to France in Rouen on Friday at its opening match in the 2018 Volleyball Nations League.

The competition is held from May 25 to July 8 in 22 host cities.

The top five teams after the preliminary round join the host of the final round to compete in the final fixture.