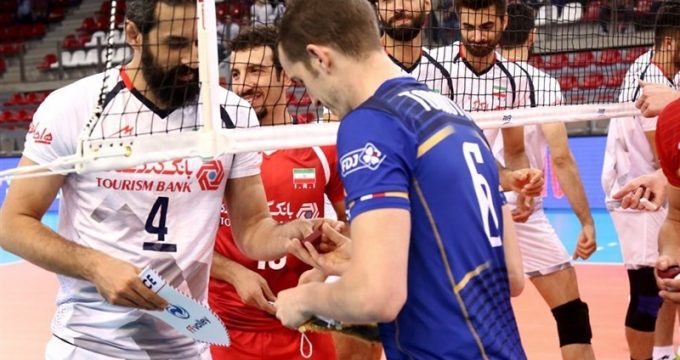 Tasnim – Iran lost to France in Rouen, France on Friday at its opening match in the 2018 Volleyball Nations League.

Iran will play Australia on Saturday.

The competition is held from May 25 to July 8 in 22 host cities.