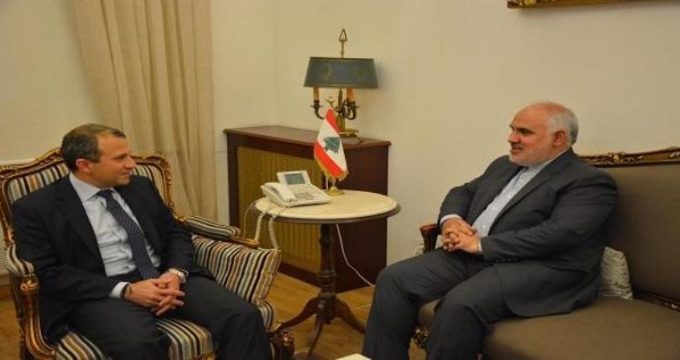 IRNA – Iran’s Ambassador to Lebanon Mohammad Fathali described successful holding of parliamentary election in Lebanon as a great achievement for the county, saying that Iran will support national solidarity in Lebanon.

In a meeting with Lebanese Foreign Minister Gibran Bassil on Thursday, he hoped the new parliament will help deepen democracy in Lebanon.

Recent political achievements will play a crucial role in the stability and security of Lebanon and the region, he said.

Fathali hoped that new cabinet of the country would be formed at the earliest to serve as a basis for unity and solidarity among Lebanese groups.

Commenting on Iran’s stance on the JCPOA, he said that Iran considers US exit from the deal as a treason but it has declared that if the Europeans adopt an independent approach, don’t toe on the US line and provide necessary guarantees regarding implementation of the JCPOA, Iran will also remain committed to its side under the agreement.