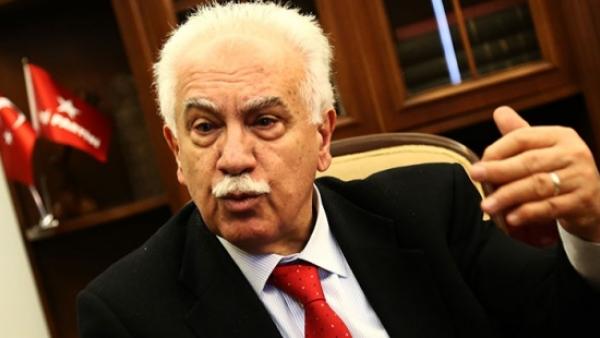 Turkey to bolster ties with Iran, Venezuela despite US sanctions – Politician

Sputnik– The US sanctions spree will eventually backfire on Washington, Dogu Perincek of the Turkish left-wing Patriotic Party, told Sputnik, stressing that Turkey does not support the Trump’s administration effort to crackdown against Iran and Venezuela.

The US risks finding itself isolated while placing sanctions right and left, says Dogu Perincek, a Turkish presidential candidate from the left-wing Patriotic Party (Vatan), adding that Washington has already lost influence in its “backyard.”

“In fact, the US is imposing sanctions against itself paving the way for its own embargo,” the politician told Sputnik Turkey. “First, [Washington] placed sanctions on Iran, Venezuela, Russia and made an attempt to impose a partial embargo on China…. After that, the US says that it will introduce restrictions against those countries that do not adhere to anti-Iran sanctions and do not follow Washington’s instructions.”

If one brings together all the countries targeted by American sanctions, one would clearly see that the US is going full throttle towards self-isolation, Perincek highlighted, adding that this strategy will eventually backfire on Washington.

Additionally, the Trump administration’s sanctions spree is shattering the pillars of the Transatlantic alliance: Washington risks alienating its longstanding European partners — Germany, France, and the UK, the politician pointed out.

“In the end, it turns out that Washington introduces sanctions and embargoes against itself. That’s why no one should be afraid of American sanctions,” Perincek opined.

The Vatan leader referred to the US decision to resume sanctions against Tehranfollowing Donald Trump’s unilateral pullout from the 2015 Joint Comprehensive Plan of Actions (JCPOA), commonly known as the Iran nuclear deal, on May 8. The US Treasury Department announced a winddown period of 90 and 180 days to allow American and foreign companies to revoke their contracts with the Islamic Republic, which prompted a storm of criticism from the US’s European allies.

On the other hand, US state officials rushed to describe the recent presidential vote in Venezuela that resulted in Nicolas Maduro’s win as “sham elections.”

“Watching Venezuela today. Sham elections change nothing. We need Venezuelan people running this country… a nation with so much to offer the world. We call on the government to free #JoshHolt,” Secretary of State Pompeo tweeted on May 20.

Watching #Venezuela today. Sham elections change nothing. We need Venezuelan people running this country…a nation with so much to offer the world. We call on the government to free #JoshHolt

A day after the election the Trump administration placed new sanctions on the Latin American country.

For its part, Turkey’s Foreign Ministry signaled that it would maintain its working relations with Caracas.

“We are very pleased that the presidential, provincial and municipal elections held in Venezuela on 20 May, Sunday, are completed in a peaceful and quiet atmosphere…. In this new term, Turkey will continue to strive to improve its relations with Venezuela in all fields and to support the friendly people and the government of Venezuela,” the ministry statement said, as quoted by Hurriyet Daily News.

Likewise, Turkey is unwilling to sever its ties with Iran regardless of Washington’s displeasure.

“Trade and cultural ties between Turkey and Iran will only strengthen after the introduction of the US sanctions,” Perincek stressed. “Iran is an important trading partner of [Turkey]. And our energy security is ensured through cooperation with Iraq, Iran, Azerbaijan and Russia.”

The presidential candidate underscored that in case the Vatan party comes to power Ankara will continue to bolster cooperation with the aforementioned states regardless of Washington’s sanctions regime.

“Our party supports the development of Turkey’s cooperation with the countries of the region and the countries of Western Asia, the strengthening of ties with Asian and Eurasian regions, as well as for Turkey’s accession to the Shanghai Cooperation Organization (SCO),” the politician vowed.

As for the Venezuelan election, Perincek emphasized that “the elections in Venezuela were won by the revolution, independence and will of the people,” while the US has emerged as “a loser.”

“Now the US is issuing threats to Venezuela and is talking about the imposition of sanctions against this country. South America has played a role of [the US’s] backyard for a long period of time, but now Washington is losing influence in this region step-by-step. In the future, the cooperation between Latin America and Eurasia will only strengthen.”

Meanwhile, the EU is considering the implementation of a blocking statute to shield European companies from Washington’s extraterritorial sanctions. For its part, China signaled that it would maintain cooperation with Tehran following Trump’s withdrawal from the Iran nuclear deal. Moscow and Beijing called upon the JCPOA signatories to remain committed to the agreement.

Reportedly, Russia, China, France, Germany and the UK are due to hold a meeting this week in Vienna on the Iran nuclear deal.

The views and opinions expressed by the contributor do not necessarily reflect those of Sputnik.