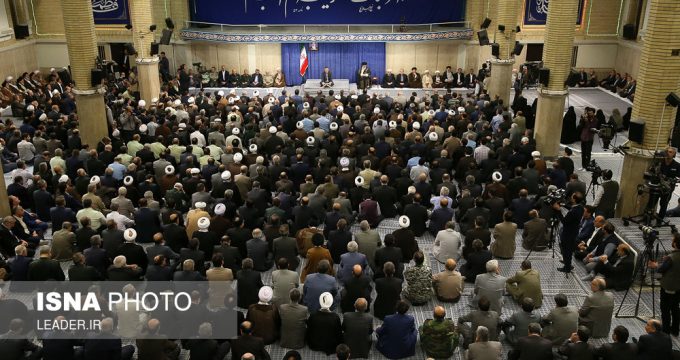 Reuters– Iran’s top leader set out a series of conditions on Wednesday for European powers if they want Tehran to stay in a nuclear deal after the U.S. exit, including steps by European banks to safeguard trade with Tehran and guaranteeing Iranian oil sales.

U.S. President Donald Trump pulled out earlier this month from the 2015 nuclear deal that had lifted sanctions on Iran in exchange for curbs to its nuclear program. European powers see the accord as the best chance of stopping Tehran acquiring a nuclear weapon and have intensified efforts to save it.

“European banks should safeguard trade with the Islamic Republic. We do not want to start a fight with these three countries (France, Germany and Britain) but we don’t trust them either,” Iranian Supreme Leader Ayatollah Ali Khamenei was quoted as saying by his website.

“Europe should fully guarantee Iran’s oil sales. In case Americans can damage our oil sales…, Europeans should make up for that and buy Iranian oil.”

Ayatollah Khamenei said that over the past two years the United States “has repeatedly violated” the nuclear deal but the Europeans had remained silent. He asked Europe to “make up for that silence” and to “stand up against the U.S. sanctions.

Ayatollah Khamenei accused the United States of violating U.N. Security Council Resolution 2231 that underpins the nuclear agreement with Iran, and asked Europe to secure “a resolution against the U.S. violation”.

He warned that if the Europeans did not meet these demands, Iran would resume its enrichment of uranium, halted under the deal to minimize the risk of Tehran developing the means to build nuclear weapons.