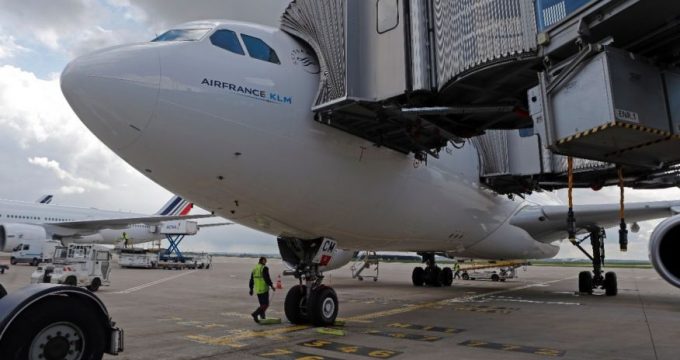 Bourse and Bazaar | Amir Noorbakhsh: Air France recently announced the reduction of its flights from Paris to Tehran after first switching the service on the route to its subsidiary airline JOON. At a time of uncertainty surrounding the future of the Iran nuclear deal, the reduction of flights led to speculation that the move may have been influenced by the return of sanctions. But a look to the current competitive environment shows other significant changes to the market to which Air France was forced to react.

Starting in October 2018, Air France flights will only operate on the Paris-Tehran route during the summer season. A statement from the airline said: “After two years of operations and faced with a weak economic and commercial performance, Air France took the decision to adjust this route’s flight schedule to be in line with demand.”

The Iranian travel market has changed considerably from when Air France resumed its flights in April 2016, first operating flights three times a week with Airbus A340 aircraft and a seating capacity for 255 passengers. At the time, Air France was the only airline flying between Paris Charles de Gaulle Airport and Tehran and the only competition facing the French national carrier was Iran Air’s weekly flight out of Paris Orly Airport.

A few months later, Mahan Air began flights to Paris three times a week with its own A340 aircraft. Just recently, Iran Air moved its flights from Paris Orly to Paris Charles de Gaulle Airport, while also upgrading its aircraft to a brand new A330. In January, Mahan Air announced that it will increase its frequencies to Paris from three weekly flights to four for the summer 2018 season.

Looking to the new competition, travelers journeying between Paris and Tehran have more options than ever before. With Iran Air and Mahan Air flying to Paris with higher frequencies and lower prices, Air France has definitely felt the competitive pressure.

According to figures from the French government, 107,317 passengers travelled between Paris and Tehran on the relaunched service in 2016, a 178 percent increase from the previous year. The following year, the number of passengers further increased to 145,896, up 36 percent. Much of this growth can be attributed to Air France’s connecting passengers, traveling from Paris to other destinations.

The impending return of sanctions is likely to reduce demand from tourists and business travelers on Paris-Tehran route, making the impact of Iran Air’s capacity increases and the new Mahan flights more acutely felt. The recent increase in departure taxes and currency restrictions may affect outbound travel from Iran to foreign destinations including France.

Moreover, the expansion of Iranian airlines is also in doubt as European growth is dependent on the arrival of its new aircraft. Iran Air’s deals with Airbus and Boeing are now in jeopardy after President Trump withdrew from the nuclear deal, canceling licenses for aircraft sales.

Nevertheless, Air France also faces more competition with European airlines than it did in 2016. British Airways and KLM resumed flights to Tehran in late 2016, while Austrian Airlines increased its presence in Iran with additional flights to Tehran, Isfahan, and Shiraz, focusing more on Iran’s tourism industry. Aegean Airlines and Ukrainian International Airlines are attracting more connecting passengers and have also increased their presence in Iran.

With more than two years for foreign airlines to observe the Iranian market since 2015, flight adjustments and schedule changes are quite normal to react to over estimations in demand. British Airways and Alitalia have adjusted their schedules with slight decreases in frequencies or capacities to better meet the demand as Iran Air has grown its presence in both London and Rome.

Air France has been flying to Iran since 1946 with few suspensions. Despite the recent adjustments, 2018 will certainly not be the last year of a full service between Paris and Tehran.