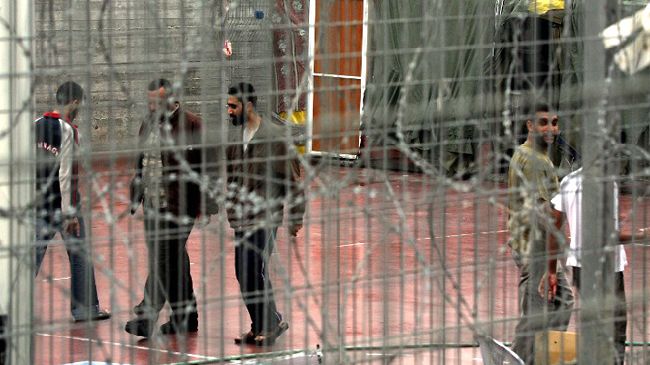 Seven Palestinian inmates have died in Israeli prisons since 2017: Official

Press TV – A Palestinian official says at least seven Palestinians have lost their lives in Israeli prisons and detention centers since 2017, noting that the jails have turned into a place where the inmates are doomed to death and face arbitrary and repressive measures.

Head of the Palestinian Authority’s Committee for Prisoners’ Affairs, Issa Qaraqe, said in a statement on Monday that Aziz Oweisat, a resident of Jabal Al-Mukaber neighborhood of occupied East Jerusalem al-Quds, died in Yitzhak Shamir Medical Center, formerly known as Assaf Harofeh Medical Center and located 15 kilometers from Tel Aviv, the previous night following a serious deterioration in his health.

“We are conducting an autopsy on the body of the martyr to find out all causes of his death. We have already taken the necessary legal steps and employed proper procedures to recover the corpse,” Qaraqe said.

Oweisat had been serving a 30-year prison sentence since 2014, when he was convicted of alleged involvement in attempts to blow up a pipeline supplying gas to Armon Hanatzif settlement.

He was severely beaten at Ishel Prison in the occupied territories earlier this month.

The PPS stated that the 53-year-old suffered several life-threatening injuries but Israeli forces “refused calls to release him to get medical treatment despite knowledge that his health was in a critical condition.”

More than 7,000 Palestinians are reportedly held at Israeli jails. Hundreds of the inmates have apparently been incarcerated under the practice of administrative detention, a policy under which Palestinian inmates are kept in Israeli detention facilities without trial or charge.

Some Palestinian prisoners have been held in administrative detention for up to eleven years.

According to reports, at least 13 Palestinian lawmakers are currently imprisoned in Israeli detention facilities. Nine of them are being held without trial under administrative detention.