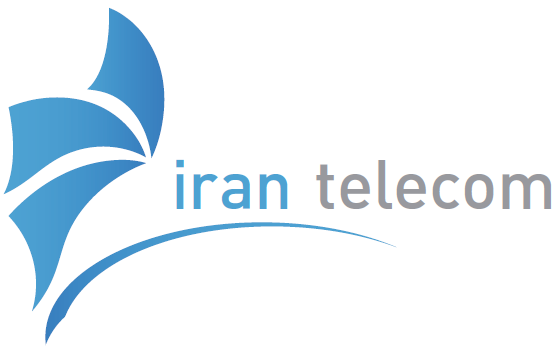 Iran telecoms get a boost

In one of his speeches, the ICT minister said, “Information technology can empower the most deprived groups of the people.”

He is of the opinion that authorities need to articulate a comprehensive strategy in regard to regulating modern communications and broadcasting mediums. He believes that the country will face various hurdles on its way to digital development unless authorities reach a consensus in the field.

The minister says the world is undergoing profound changes which might pass unnoticed, “changes which have been prompted by expansion and development of technologies. [Contrary to what many expected,] the changes have not eradicated cultural diversity or destroyed jobs. Conversely, technology has enticed a cultural boom and created jobs.”

The minister touched upon the exponential growth of startups and knowledge-based companies, saying that governments with extensive financial resources at their disposal might be able to deliver a project in an extended period of time, “this is while a group of youngsters [creating startups] have been able to increase the value of their enterprises up to millions of dollars.”

“In this field, groups of people while limited in terms of members can achieve great feats, with the least amount of reliance [on official entities].”

Azari-Jahromi noted that the technology-entailed changes are universal, saying that “we must grasp the available opportunities. Setting restrictions [on the sector] will act as self-imposed sanctions which will consequently deprive us of reaping rewards of the advancements.”

Azari-Jahromi also said improving Iran’s IDI Index is high on the country’s agenda, calling on communications operators to assist the authorities in realizing the goal.

The latest data on ICT development from the ITU indicate continued progress in connectivity and use of information and communications technologies in Iran.

The report names Iran “the most dynamic country” in terms of ICT Development Index (IDI) value in Asia. Iran’s 0.54-point improvement from 5.04 to 5.58 points (out of 10) has enabled a rise of four spots in the global rankings.

One of the major elements that can easily enable Iran to enhance its IDI Index is increasing locals’ access to smartphones and online services. The minister called on major mobile operators MTN-Irancell and Mobile Communication Company of Iran (MCI) to contribute to the push.

According to Azari-Jahromi, some 9-10 million Irancell users do not have smartphones. “By introducing cellphone-SIM bundles, Irancell can help lower the number down to 3-4 million by the year end (March 2019).

The young minister also called on MCI to help its subscribers to get their hands on smartphones. According to him at least 18 million MCI subscribers do not have a smartphone. “We expect the number to be slashed to five million by the next year [which starts in March 2019].”

Furthermore, educational centers’ access to high-speed Internet can help boost Iran’s IDI Index. Azari-Jahromi says, MCI has been instructed to connect all 108,000 Iranian schools to the Internet in one year.

He said, “During the past five years, Irancell has attracted $7 billion in investment with 49% of the sum provided by foreign entities.”

According to him, Irancell has 24.5 million 3G Internet subscribers and 13.3 million use the company’s 4G services. The company offers 3G services in 3,105 cities and villages and has 4G coverage in 2,310.

Qalambor also said that “during the closing months of the last Iranian year [which ended in March] Irancell subscribers’ collective daily traffic usage amounted to 4,065 terabits.”

As per a deal signed between Irancell and National Iranian Gas Company in late 2016, the company has launched a “smart gas meter” project which makes use of Narrow Band Internet of Things technology.

The technology used in the project is a low-power wide area network radio technology standard which focuses on low cost, long battery life and enables firms to simultaneously monitor a large number of connected devices.

In radio communications, multiple-input and multiple-output, or MIMO, is a method for multiplying the capacity of a radio link using multiple transmit and receive antennas to exploit multipath propagation.

MCI’s CEO Hamid Farhang provided statistics in regard to the company’s current status. The company has 58.7 million active subscribers, of which 31.8 million use the operators 3G and 4G Internet services.

The company is the leading mobile operator in Iran in terms of subscribers’ number and has a 59.53% share of the market.

Just like its archrival, MCI has established an NB-IoT service which can be installed on gas, water and electricity meters. During the ceremony held in Tehran, the services were showcased.

The operator also launched a network monitoring center which can provide comprehensive reports on the company’s mobile network in less than five minutes. The system can be employed to offer consumer services and enhance the network’s stability.

The company’s CEO Majid Sadri says, “200 billion rials ($4.7 million) have been invested in the establishment of the NOC.”

A network operations center (NOC, pronounced like the word knock), also known as a network management center, is one or more locations from which network monitoring and control is exercised over telecom networks.

In addition to monitoring internal and external networks of related infrastructure, NOCs can monitor social networks to get a head start on disruptive events.

Sadri explained that “by the establishment of the NOC, the company will have integrated supervision over the network and can monitor the quality and sustainability of the services constantly.”

He further noted that “as per a mandate issued by the ICT Ministry, two million new ports are to be leased during the current fiscal [which started in March]. Some of the clients of these ports will be [private] fixed communication service providers.”

The company plans to invest 1.52 trillion rials ($36 million) in information technologies during the current year which ends in March 2019.

On Monday, the minister launched a project at Telecommunication Infrastructure Company of Iran, as a result of which the country’s data delivery network observed a significant boost.

Through the project, the number of local Internet Exchange Point (IXP) has reached 224, with the country’s national bandwidth observing a 38% hike to reach 22,400 terabits. Currently, Iran’s global bandwidth stands at 2 terabits.

Furthermore, the minister inaugurated Iran’s International Gateway (IGW) project, under which the country’s international bandwidth will reach 4.2 terabits in the upcoming years.

An IXP is a physical network access point through which major network providers connect their networks and exchange traffic. National IXPs connect the local network to the World Wide Web.

The company’s director, Sadeq Abbasi, says that “with TIC’s assistance, overhead costs of telecom operators are to be curbed in Iran.” TIC is the sole provider of telecom infrastructure to all private and public operators in Iran.

According to him, two major national projects in the telecoms field will be completed this year. “Through one of the projects, with €33 million [$38.9 million] investment, Iran’s IP network will grow threefold in terms of capacity.”

An IP network is a communication network that uses Internet Protocol to send and receive messages between one or more computers.

He also said under the other project named Noor2 (Noor means light in Persian) 12,000 km of fiber optic cables will be laid in Iran. “Some seven trillion rials ($166 million) have been invested in the project.”

The company official noted that the TIC is set to lease out the dark fiber it owns. A dark fiber is an unused optical fiber, available for employment. The company will outline the conditions of such collaborations in the coming months.

During TIC’s conference, Azari-Jahromi said during President Hassan Rouhani’s tenure, the number of Iran’s national IXPs has increased from one to seven, which has consequently increased the networks’ stability and sustainability significantly. The national IXPs are located in Tehran, Mashhad, Tabriz, Shiraz, Ahvaz and Isfahan.

According to him, two years ago, Iran had a single national Internet Exchange Point which was located in Tehran. “This was not cost-efficient and used to diminish the quality of the services.”

“With TIC efforts, the number of IXPs has been increased to seven. If one of these centers, due to any unexpected reason fails to offer services and is removed from the national network, people would not feel a drastic change in the general quality of communication services.”

The minister listed some of the major outcomes of the IGW project, namely enhanced network stability, increased connectivity and sustained security.

When the 12th government of the Islamic Republic assumed office in August 2017, a survey indicated that from the 64,000 studied Iranian villages only 35% had access to modern communications. During the past seven months, the number has risen significantly reaching 55%.

According to the ICT minister, “Landline services in rural areas are also underdeveloped.” In the past months, 200,000 landline ports have been installed and services are being offered through them. “In the coming two years, with the assistance of TCI and other fixed communication service providers, two million other ports are to be installed.”

Furthermore, Azari-Jahromi said during his provincial tours, there have been several occasions that he did not have access to mobile operators’ network in rural areas, goading the service providers toward further expansion.