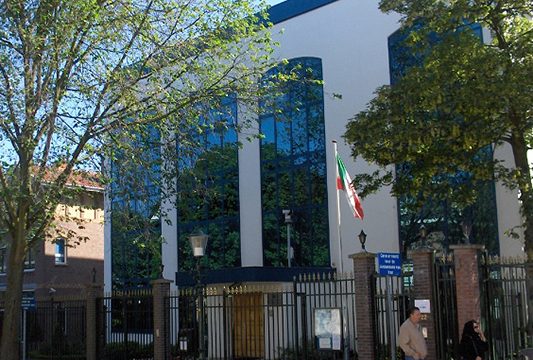 Iran says documents not stolen from The Hague office

MNA – After the legal office of the Islamic Republic of Iran was burglarized on Wednesday, there were some rumors that the documents were stolen from the office but president’s office for international law dismissed the claims.

The Center for International Legal Affairs of the Presidency (CILA) issued a formal statement on Saturday rejecting the claims that confidential documents and papers were stolen from the CILA office in The Hague of the Netherlands.

“Early on Wednesday, May 16, a section of the rented building of The Hague branch was burglarized and a sum of money (a little more than 100,000 euros), which was being used for executive affairs of the office, was stolen but the thief or thieves left the place undone leaving a part of money and their tolls at the scene,” reads the announcement.

“The officials of the branch immediately contacted police and police agents got to the scene to investigate the case and technically and professionally examine the location and the leftovers of the thieves. They drafted the necessary reports and will soon announce the results,” reads another part of the statement.

“In addition, Iranian embassy in The Hague was immediately informed and they have taken the necessary steps and the situation is under control,” reads the announcement.

Also the statement reiterates that with examinations conducted so far the files and documents compartments of the branch along with the PCs in them have not been robbed by the thieves and the rumors spread on some websites do not match with the facts.