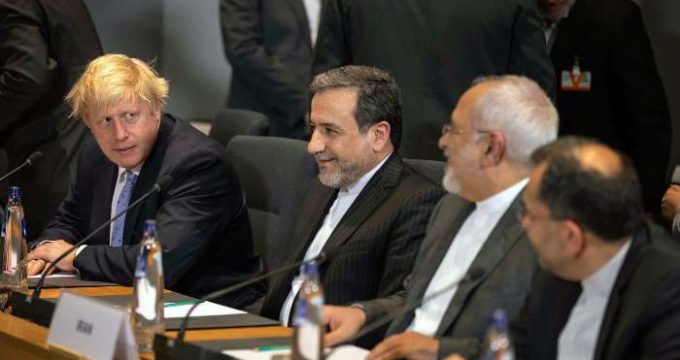 Sputnik – European Council President Donald Tusk said that Europe should be grateful to US President Donald Trump as he helped the bloc to get rid of illusions. He slammed Trump for pulling out of the Iran nuclear deal and stirring up trade disputes with other states. Radio Sputnik talked to Waddick Doyle, professor at the American University of Paris.

Sputnik: What are your thoughts on the comments made by Donald Tusk? What impact can they have on Brussels’ diplomatic ties with Washington?

Waddick Doyle:  It’s quite surprising that he would make such a turn. It has always been a question inside the European Union, of the more transatlantic and more independent versions of that union, from the time of de Gaulle. So, there always has been that deeper tendency, or two tendencies in the European Union and at the moment we can see Hungary and Poland tending more towards the transatlantic, and everything is changing with Britain leaving.

Plus the Commission seems to be pushing more towards the independent European line and the question then remains whether he can find the situation where European companies and organizations that deal with Iran would avoid US sanctions. Some talk of doing it through the European Central Bank and developing a legislative framework. However, such situation is very complex and very difficult, because already the Banque Nationale de Paris paid a fine of billions of dollars for dealing with Iran. Total, for example, a French company, has decided to pull out, it appears, from a very large gas deal in Iran. Not clear that Europe actually has the means to to avoid American sanctions on doing trade with Iran.

Sputnik: The EU official has also noted that President Trump’s attitude has helped Europe to get rid of illusions. Can this indicate that the bloc seeks a more independent approach in its foreign policies?

Waddick Doyle: You know, saying the end of illusions is remarkable. The question is between a rock and a hard place, how independent can they actually become in the current economic configuration. We saw this also in the Gaza- US embassy situation, where Europe clearly took a very different line from the United States. France opposed the opening of the [US] embassy [in Jerusalem], didn’t attend, and condemned the gratuitous shooting of civilians by Israeli snipers. Europe is definitely trying to develop an independent response to this; we hope that they will succeed. Clearly, Trump’s approach to this remains extremely difficult for European diplomats, a very non-diplomatic approach. It’s a very attention-seeking, media-based approach Trump continues to reproduce, and Europeans, who have a much more state-based diplomatic function don’t quite know how to respond.

Sputnik: Now, EU Commission President Jean-Claud Juncker announced that the bloc plans to react with a law that would prevent European Union companies from complying with the United States’ sanctions on Iran. What effect can this law have?

Waddick Doyle: It’s definitely an attempt, again, to allow the European Union to continue the Iran nuclear deal, because without that framework, the Iran nuclear deal doesn’t mean that much. Unless Europe can act independently and economically with Iran without huge sanctions being applied by American courts, there is no future for the nuclear deal between Europe and Iran.

The views expressed in this article are those of the analyst and do not necessarily reflect those of Sputnik.