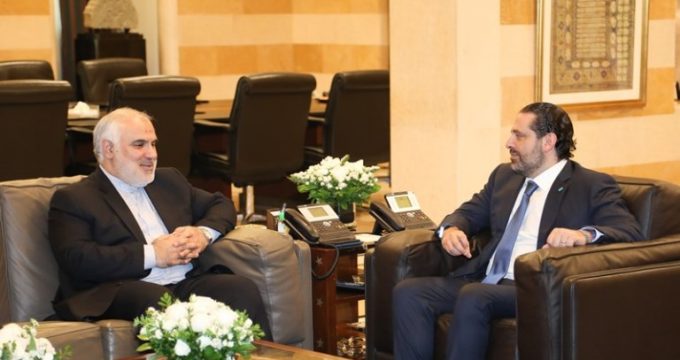 Hariri received Fathali at his office and the two discussed bilateral issues.

The Iranian envoy also met Berri at his residence in the south of Beirut.

Fathali discussed latest developments in the region and bilateral issues with the Lebanese parliament speaker.

The Iranian ambassador to Lebanon congratulated the Lebanese officials on the recent parliamentary election, saying that Iran backs the democratic process in the country and its sovereignty and national unity.

Lebanon’s parliamentary election was held on Sunday 6 May after a five-year hiatus.