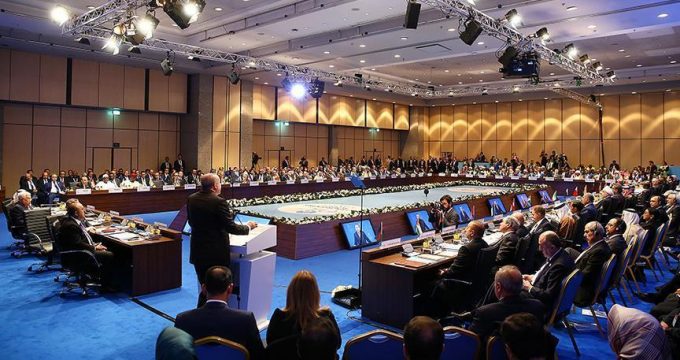 Iran calls on OIC to address US embassy move repercussion

IRNA – Iran called for investigation into the consequences of the US embassy relocation by a fact-finding committee.

Iran’s Deputy Foreign Minister Gholamhossein Dehqani in the meeting of senior experts of the Organization of Islamic Cooperation (OIC) on Thursday evening also said, ‘The Islamic Republic of Iran calls for assignment of a fact-finding committee to address the recent crimes committed by the Zionist regime of Israel in the occupied territories.’

The representatives of fifty-five Muslim countries attending the meeting discussed the stance of the Muslim World on what is going on in the occupied territories, and draw up the final document.

The document will be discussed in the extraordinary meeting of leaders and foreign ministers of Muslim countries. It will be published as the official stance of the countries after being ratified.

Condemnation of brutal killing of Palestinians by the Zionist regime in international arena and creating a mechanism for trial of Israeli criminals in international courts were among the topics proposed in the document by the experts.

The extraordinary session of OIC on Palestine, Israeli crimes in Gaza and relocation of the US embassy relocation will be held on Friday with the presence of high-ranking officials from more than 40 countries in Istanbul.

Turkey as the rotating president of OIC has invited the heads of states and foreign ministers of the Muslim countries to the meeting to discuss the latest status of the occupied territories.

Iran’s Foreign Minister Mohammad-Javad Zarif will leave Tehran for Istanbul on Friday to participate in the meeting.