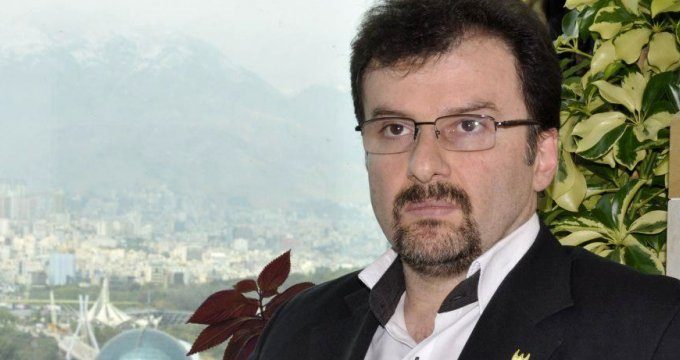 Financial Tribune- European companies active in Iran’s rail sector have not yet taken a stance whether to continue or end their cooperation with the Iranian sides after the US unilateral pullout from Iran’s nuclear deal, officially known as the Joint Comprehensive Plan of Action.

“If sanctions are reimposed, Russian and Chinese companies will replace European companies,” the deputy head of the Islamic Republic of Iran Railways for technical and infrastructure affairs said.

Maziar Yazdani also told ILNA that many projects have been devised with European and Asian partners, and it is too early to predict their fate.

Siemens is one of the European companies referred to by Yazdani. The German conglomerate has been cooperating with Iran’s major industrial conglomerate MAPNA Group for years.

In 2011, Siemens signed a contract with MAPNA to supply 150 locomotives to the Islamic Republic of Iran Railways. MAPNA successfully acquired the technology and delivered the order in time.

Another agreement was signed between MAPNA and Siemens in the same year for the joint manufacture of 70 electric locomotives to be used on the 926-km Tehran-Mashhad Railroad that is being electrified.

Another deal signed with Iran in January 2016 tasks Siemens with building 500 train carriages and improve the electrification of two lines serving the capital city of Tehran. The agreement also included service and maintenance.

The contract to build rail coaches and upgrade train lines in Iran was valued at between €1.5-2 billion, making Europe’s largest engineering company one of the earliest beneficiaries of the decision to lift trade sanctions on the country.

The French multinational company Alstom also signed a trilateral “shareholders agreement” in July 2017 with the Industrial Development and Renovation Organization of Iran and Iranian Rail Industries Development Company in Tehran to manufacture wagons at IRICO facilities in Iran.

The amount to be invested by Alstom was not publicized, but an IDRO source, who declined to be identified, told Financial Tribune at the time that about €1.3 billion would be invested in the joint venture whose main shareholder was Alstom with a 60% share, while Iranian companies each owned 20% stakes.

Considering Alstom’s majority shares, it was to lead the joint venture company by appointing a chief executive of its own.

Alstom is a French multinational company operating worldwide in rail transport markets, active in the fields of passenger transportation, signaling and locomotives, with products such as AGV, TGV, Eurostar, and Pendolino high-speed trains, in addition to suburban, regional and metro trains, and Citadis trams.

China has been a major player in Iran’s rail sector. In July 2017, China signed a contract with Iran to finance the electrification of a 926-km railroad from Tehran to the eastern city of Mashhad in Khorasan Razavi Province with a $1.5 billion loan. A letter of credit for this purpose was opened five months later.

The Tehran-Mashhad route is part of China’s New Silk Road initiative named “One Belt, One Road”, proposed by He Huawu, the chief engineer of China Railway Corporation, in late 2015. The idea came just before the sanctions imposed on Iran over its nuclear program were lifted in January 2016, as part of a deal Tehran clinched with world powers months earlier.

The proposed 3,200-kilometer New Silk Road rail link would begin in Urumqi, the capital of China’s western Xinjiang Province, and end in the Iranian capital. It connects Kazakhstan, Kyrgyzstan, Uzbekistan and Turkmenistan along the way, according to China’s state-owned paper China Daily.

From there, it would join Iran’s east-west network leading to Turkey and eastern Europe. It could also open a way to Europe via a developing rail route from southern Iranian ports to Azerbaijan and Europe.

The route would become a tailwind for transport of goods and energy between Iran and China, which have set a long-term bilateral trade target of $600 billion/year.

For millenniums, Iran has prospered as a trading hub linking East and West. Now, that role is set to expand in coming years as China unspools its “One Belt, One Road” project, which promises more than $1 trillion in infrastructure investment—bridges, rails, ports and energy—in over 60 countries across Europe, Asia and Africa.

Iran, historically a crossroads, is strategically at the center of those plans, reads a New York Times article published last year.

More recently, a contract was signed on March 7 between Iran’s Construction and Development of Transportation Infrastructures Company and China Machinery Industry Construction Group Inc, also known as Sinoconst, for the construction of Section-1 of the 446-km Shiraz-Bushehr Railroad, which covers 250 km of the whole route.

“This was an engineering, procurement, construction and finance contract worth CNY5 billion ($790 million). Jahanpars Group is the Iranian contractor of the project,” Deputy for Construction and Expansion of Railroads, Ports and Airports of the Construction and Development of Transportation Infrastructures Company affiliated to the Ministry of Roads and Urban Development, Jabbar-Ali Zakeri, told Financial Tribune.

Another contract was signed on the same day between the Industrial Development and Renovation Organization of Iran and CRRC Nanjing Puzhen Company, a Chinese railroad rolling stock manufacturer, for the design, procurement, supply, manufacture and delivery of 450 subway wagons for the Iranian cities of Ahvaz, Shiraz and Tabriz.

“The project is worth €500 million and will be financed by the Chinese side. The contract was signed by Naqi Manafi, IDRO’s manager for financial and economic affairs, and Wang Tao, general manager of Puzhen,” Ali Araqchi, the manager of IDRO’s international affairs who negotiated the contract, said.

Stipulated in the contract, he explained, is that the Chinese company will transfer the technical know-how so there is a need to set up the production line and the infrastructure.

“Puzhen has agreed to invest €25 million on this project,” he said.

The project will take 55 months to complete. The wagons currently used in the country are made of carbon steel. Puzhen will be delivering wagons with an aluminum body.

“The project is worth more than €782.66 million and will be financed by the Chinese side,” the director general of Urban Rail Transportation Bureau of Iran’s Urban and Rural Municipalities Organization affiliated to the Interior Ministry, Hossein Rajab Salahi, told Financial Tribune.

“The Chinese side is to deliver 56 wagons in the form of completely built-up units. Another 70 wagons will be assembled in Iran [complete knock-down] and the remaining 504 are going to be constructed in Iran. CRRC CRC will transfer the technical know-how for the construction of the bogie, engine and the aluminum body to the Iranian manufacturer,” he said.

“China is already the winner,” Dina Esfandiary, a fellow at the Center for Science and Security Studies at King’s College in London, has been quoted as saying by Asia Times.

“Iran has slowly abandoned the idea of being open to the West. The Chinese have been in Iran for the past 30 years. They have the contacts, the guys on the ground, the links to the local banks. And they’re more willing to defy US pressure as Trump slaps sanctions back on.”

In fact, the Chinese experience in circumventing the earlier sanctions against Iran will come in handy with Beijing rejecting Trump’s renewed effort to reintroduce punitive economic measures, wrote The Globalist.

Chinese Foreign Ministry Spokesman Geng Shuang said in response to Trump’s announcement that China was committed to the nuclear deal and would “maintain communication with all parties and continue to protect and execute the agreement fully”.

IDRO signed a €2.5 billion contract with Russia’s CJSC Transmashholding in Tehran on July 31, 2017, for the joint production of rolling stocks in Iran.

Based on the contract, a joint venture was to be formed between IDRO and the Russian company with the Russian side holding an 80% stake and the Iranian side a 20%.

Transmashholding CEO Kirill V. Lipa told Financial Tribune after the signing of the contract that the capacity of the joint venture would depend on the depth of localization.

The largest manufacturer of locomotives and rail equipment in Russia with Dutch firm Breakers Investments BV and French engineering group as its stakeholders, Transmashholding was to take over Iran’s Wagon Pars Company to start manufacturing.

Moreover, Russia’s United Wagon Company signed a deal to supply 6,000 freight wagons to Iran within three years, of which 4,900 cars will be produced inside the Islamic Republic.

UWC signed a preliminary agreement in Tehran on March 5 to supply 1,100 CBU (Completely Built Unit) wagons to Iran in two years, 900 of which are to be imported in the first year of signing the final contract, Shata news agency, affiliated with the Industries Ministry, reported.

As for the 4,900 cars, they will be produced jointly with three Iranian companies: Arak-based Wagon Pars will manufacture 2,200 wagons, Arak Steel 1,250 and the rest will be produced by Wagon Kowsar.

Russia signed a deal with Iran in the closing days of 2017 to finance €3 billion for the joint manufacture of 20,000 freight cars, 1,000 passenger cars, 350 locomotives and rail transportation equipment.

The agreement was signed by deputy minister of roads and urban development and head of the Islamic Republic of Iran Railways, Saeed Mohammadzadeh, from the Iranian side. The financiers are the Russian Export Center and Export Insurance Agency of Russia whose respective CEOs Petr Fradkov and Alexey Tyupanov signed the deal from the Russian side.

As per the agreement, 6,000 cars will be manufactured in the first phase of the agreement by Russia’s United Wagon Company in cooperation with three Iranian companies, the Arak-based Wagon Pars, Arak Steel and Wagon Kowsar, the contract for which was signed in February.

While Russia has condemned Washington for its withdrawal from the Iran nuclear deal, Moscow remains less exposed to the economic consequences of US sanctions than Europe and its companies could even benefit from the move, AFP reported.

“The deal and the lifting of sanctions in 2015 marked the return of European business to Iran. But it’s unlikely they can keep doing business today, giving room to Russia,” said independent political scientist, Vladimir Sotnikov.

“Russia can now go ahead at full speed,” he added.

Russia and Iran sought to strengthen their business ties long before the 2015 agreement, despite international sanctions in place.

“European companies are more exposed to the US market, they must comply not to get into trouble. The Russians are less [exposed] and have less to lose,” said Igor Delanoe, an analyst at the Franco-Russian Observatory group.

He added that Russian companies continued to work in Iran “without any fuss” even when the sanctions were in place.

“They are used to working within legal and economic constraints. The US has systematically forced Iran to turn more towards Russia and China.”

The situation could revitalize Russian-Iranian economic ties that have been losing ground in recent years, despite the involvement of Russian nuclear and oil giants in the Middle Eastern country.

According to Delanoe, bilateral trade amounted to $1.7 billion in 2017, down 20% from the previous year and well below the more than $3 billion in the late 2000s.

On a visit to Tehran on Thursday, Russian Deputy Foreign Minister Sergei Ryabkov said the two countries intended to continue “all round economic cooperation”.

“We are not scared of sanctions,” Ryabkov said.

“Russia wants to sell steel, transport infrastructure and other manufactured goods to Iran. The less competition from the US and the EU, the better,” said Charlie Robertson, an analyst at Renaissance Capital.

Another positive sign for the Russian economy is the rise in oil prices, which rose to their highest level since 2014 after the US withdrawal from the Iran deal.

Analysts at Russia’s Alfa Bank said the current tensions should maintain oil prices at a high level, which they called a “great relief for the Russian market”.

For the Russian state, whose finances remain highly dependent on natural resources, this is a significant source of income at a time when President Vladimir Putin is beginning his fourth Kremlin term with promises of developing Russia’s economy and reducing poverty.

Iran's railroad projects, Maziar Yazdani, US withdrawal from JCPOA May 17, 2018
Trump is wrong over Iran, but Europe can’t afford to divorce the US
How Iran and Europe can save the nuclear deal