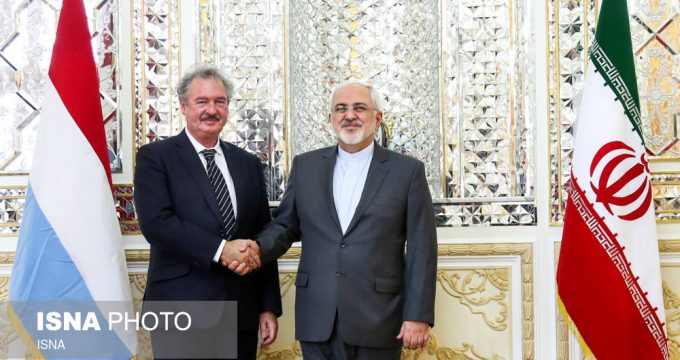 IFP – Luxembourg’s foreign minister, in a phone conversation with Iran’s Zarif, has announced his support for the Iran nuclear deal, saying the agreement should be preserved.

Luxembourg’s top diplomat touched upon the European Union’s efforts to secure Iran’s benefits under the JCPOA, demanding that the agreement remain in place as an international achievement.

The two top diplomats also discussed the latest situation in the occupied Palestine and the Israeli regime’s recent atrocities against Palestinians.

The Iranian foreign minister’s conversation with Asselborn came as the former is visiting Brussels to attend a trilateral meeting with his French, British, and German counterparts as well as the EU foreign policy chief on the fate of the Iran nuclear deal.

Speaking after a bilateral meeting with EU’s Federica Mogherini on Tuesday, Zarif said he had good and constructive talks with her.

“We started our work to get assurances from Europe. We’re on the right track to ensure that the interests of all parties, especially Iran, will be secured,” he added.