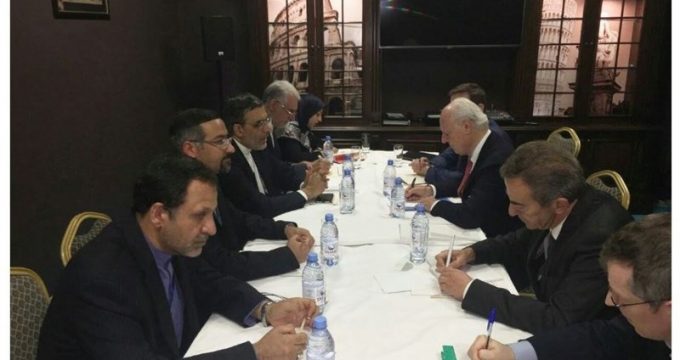 In the meeting held in Astana on Tuesday afternoon on the sidelines of the ninth round of Syria peace talks sponsored by Iran, Russia, and Turkey, Jaberi Ansari and de Mistura exchanged views about the latest developments of the Syria peace talks in Astana and Geneva.

Jaberi Ansari briefed the UN envoy on his meetings with Syria’s high-ranking officials and stressed the need to find a solution that can win the trust of all parties.

During the session, the two sides also emphasized the need for continued consultations to help resolve the Syrian crisis.

The ninth round of Syria peace talks initiated by Iran, Russia, and Turkey was held in Astana on Monday and Tuesday.

Last month, the presidents of the three countries –the guarantor states of de-escalation zones in Syria– held a meeting in Ankara to discuss ways for peaceful settlement of the crisis in Syria.

Since January 2017, Kazakhstan’s capital has hosted several rounds of peace talks that led to an agreement on de-escalation zones across Syria.