Can Europe defend the Iran nuclear deal after Trump ‘sabotage’?

Forbes | Dominic Dudley : The next few days could decide whether the Iran nuclear deal can survive without the support of the US, or if it will collapse in the face of a new wave of sanctions that Washington is due to impose on Iran over the next six months.

For now Iran says it is open to sticking with the terms of the deal, which came into force in January 2016 after many years of tough diplomatic negotiations. However, it is keeping its options open and may yet walk away.

European powers seem determined to try and ensure the Joint Comprehensive Plan of Action (JCPOA) – the formal name for the deal – can remain active. They have many other governments on their side. In recent months, China and Russia have tried to save the dealfrom what Russian foreign minister Sergei Lavrov had described as “attempts to sabotage” it. Both countries still support the deal, as do other major Asian powers such as Japan. 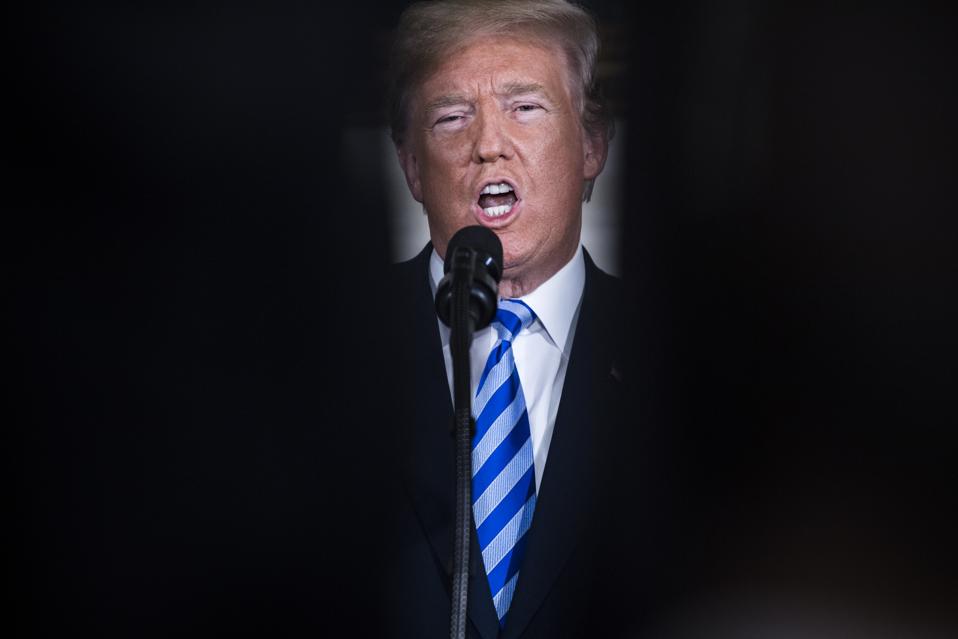 WASHINGTON, DC – MAY 8: President Donald Trump announces the withdrawal of the US from the Iran nuclear deal, in the Diplomatic Reception Room of the White House. (Photo: Jabin Botsford/The Washington Post via Getty Images)

In contrast, the number of governments that have voiced clear support for the new US position is small, with the most notable backers being Israel and a handful of Arab Gulf states including Saudi Arabia and the UAE.

The strength of feeling in Europe was laid clear in comments by Federica Mogherini, the EU’s high representative for foreign affairs, on May 11, when she told a conference in Florence, Italy that the EU is “determined” to “preserve what is still working and delivering.”

She also had some caustic words that seemed aimed at Trump’s decision, although she did not mention him by name. “It seems that screaming, shouting, insulting and bullying, systematically destroying and dismantling everything that is already in place, is the mood of our times,” she said. “This impulse to destroy is not leading us anywhere good. It is not solving any of our problems.”

Iranian foreign minister Mohammed Javad Zarif is in the midst of a tour of key world capitals to try and shore up the deal and ensure that Iran is not left too badly exposed to new sanctions. He held talks in Beijing and Moscow on May 13 and 14 respectively. The next stop is Brussels, where he will hold talks with his counterparts from France, Germany and the UK on May 15. Tehran has indicated it will demand practical guarantees from Europe to safeguard the JCPOA during these talks.

The key is likely to be what sort of blocking mechanism Europe is willing and able to implement to protect its own companies against US sanctions for doing business with Iran. French finance minister Bruni Le Maire has indicated Paris is in favour of introducing some measures to counter any US sanctions, but it remains unclear exactly what steps the EU might take. German foreign minister Heiko Maas has noted the difficulty in putting in place an effective mechanism to shield European companies.