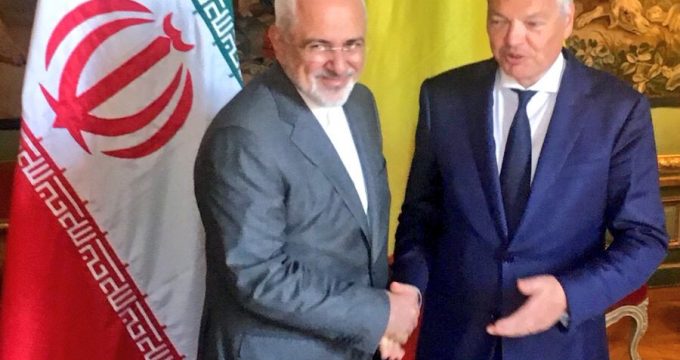 He made the remarks in a meeting with Belgian Foreign Minister Didier Reynders on Tuesday.

Referring to the diplomatic efforts of Iran and Belgium at regional and international levels, he called for global pressures on Israeli regime.

Elaborating more on the status of JCPOA talks after US pullout, Zarif said Iran expects fulfilment of Iranian people’s interest under the new situation.

Didier Reynders, for his part, emphasized the need for JCPOA to survive and its implementation as an international agreement, adding that the European Union is in the process of consulting and reviewing ways to maintain the agreement without the presence of the United States.

Zarif started his three-nation tour to China, Russia and Belgium on Saturday night aiming at consulting the possibility of saving JCPOA with Europe and other parties to the deal.

He visited Beijing Sun. morning and conferred with Chinese officials on the possibility of preserving the nuclear deal in absence of US participation.

On the same day, he left China for Russia and meeting with his Russian counterpart, examined whether the other signatory states would be able to give the assurance and guarantee to the Islamic Republic of Iran for securing the interests and benefits stipulated in the nuclear agreement.